The Stunt Plane is a new city airplane that will fly in the skies next summer.  With exactly one hundred and sixty five pieces, this acrobatic airplane has also in case of emergency, a little emergency vehicle, in the ground, with a few accessories. The set brings two nice mini-figures which are the pilot and the ground mechanic.

The plain is not very big, far away from that, but at the same time its big wingspan easily highlights from the rest. The speed and agility in the skies are a mandatory condition for the success and fortunately all the features point in that direction. Starting by the front, it has a nice propeller and a good air entry, to maximize the engine’s power. 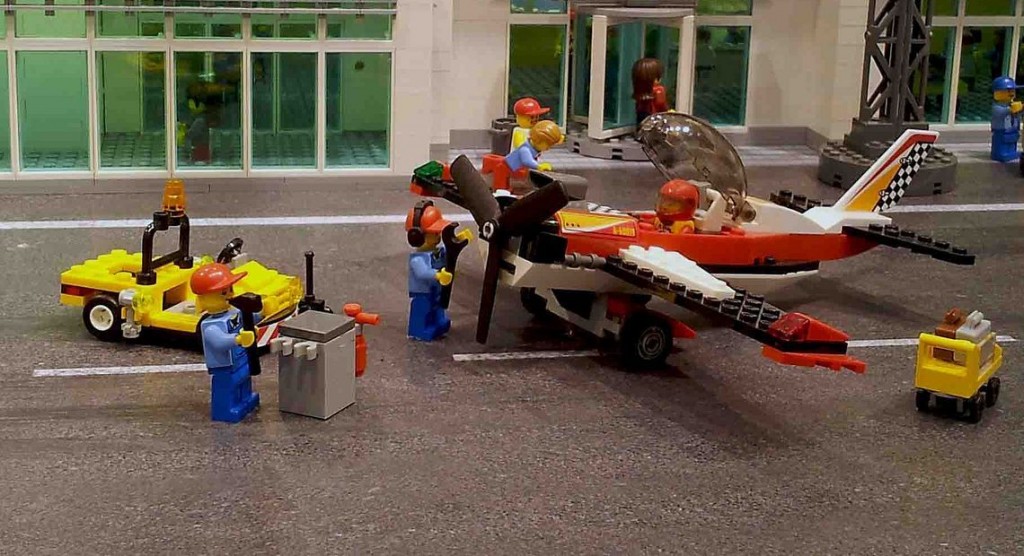 The Landing gear was reinforced and is made with a mixof technic pieces and the usual road axis. Above it, the cockpit has space for the handles that in this case is just a steering wheel and of course for the pilot’s seat. The windshield is a single piece, a sort of dome which opens widely every time it’s necessary. The tail is quite short, but at the same time gives the plane the proper balance for all the stunts.

Having a look at the small yellow car, I would say that it couldn’t be simpler. With a few safety requirements, typical of the airports, the vehicle could at least have a seat for the driver. It doesn’t make much sense that the driver has to drive in a stand position. At the back the trunk has space for all the extinguishers and additional tools. 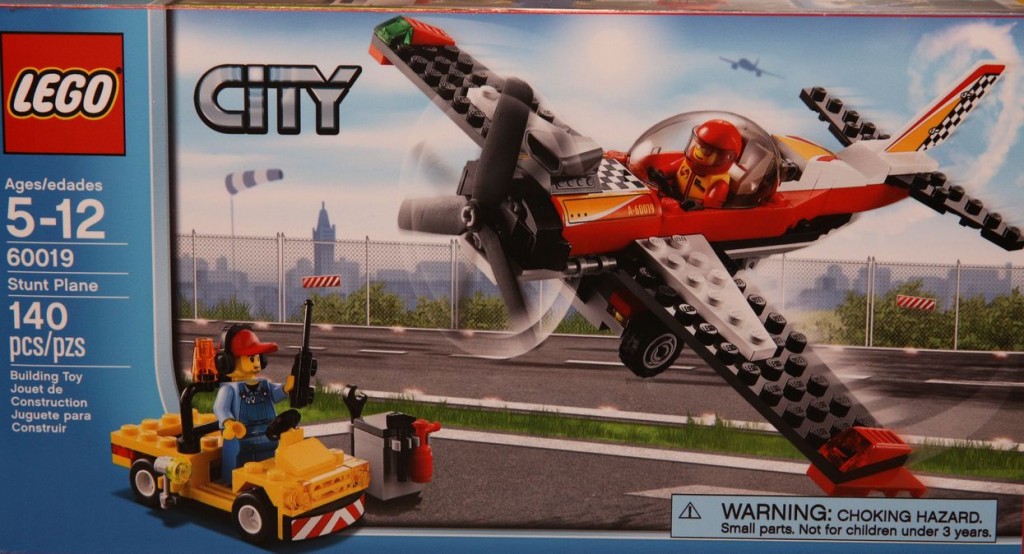 A final note for the new headphones of the ground worker which I thing that are new, at least I have the impression that they will first appear in the second wave of city sets. The price? Around fifteen dollars, which seems fair to me, according to the number of pieces. Please have a look at some additional pictures: