The new Cement Mixer is a city set that was recently released in some countries and overcomes the lack of the old 2007 blue cement mixer left. This new set has exactly two hundred and twenty one pieces and besides the vehicle, it also brings a couple of street workers and some interesting tools such as the wheelbarrow and the bunch of single stud pieces that represent the cement.

If we look at both vehicles at the same time, there is the danger of thinking that they are similar vehicles in terms of features. However the differences are quite huge. Looking at the cab, and particularly at its detailed picture in the set box, we can see that it has a tipper mechanism, which is simply a great innovation in city trucks.

The idea is obviously as we sometimes unfortunately see on the real world, have access to the engine, every time that there is a malfunction in the truck. The tipper mechanism is achieved thanks to a couple of simple bricks attached at the front, just below the cabin, that easily carries the cab and driver weight.

Talking about the inside, generically, the cab is similar to the other city trucks, with side doors, a good old red cop and enough space to seat the two workers. The front lights are also different than the usual and the roof as always is easily removable to increase the fun and the playability. 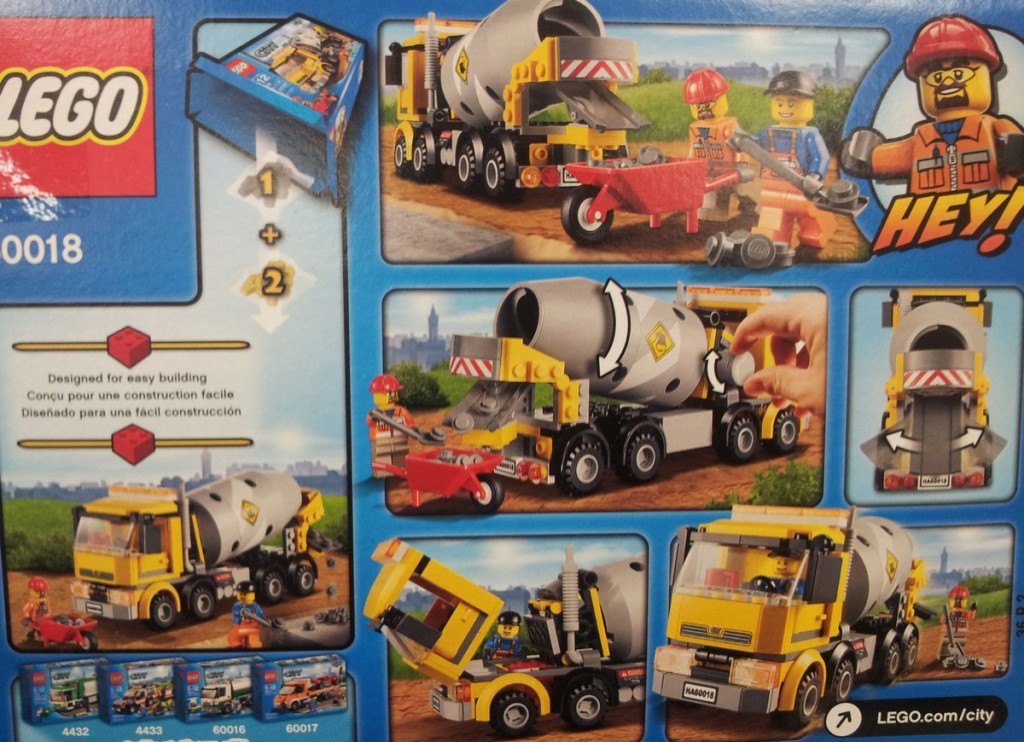 At the back the cement cylinder has a new rotating mechanism that can be triggered manually through a side handle that definitely is a very nice interaction in terms of playability. At the back, a small ramp is responsible for the cement studs fall directly in the wheel barrow. All these features are sturdily mounted on a chassis with four wheel axes which is particularly unusual on such a small truck as this one.

For twenty dollars this is definitely a city set that I will not miss in the next year. Have a look at some additional pictures: