The new tank truck caused me contradictory feelings. For one hand the truck is globally very nice and the little pump is also a nice feature, but if we think in the old tank, 3180, they are exactly the same with the different that the previous is articulated and this one is not. The cabin with some minor differences is basically equal and the back tank uses similar pieces comparing with the older one.

If you have the other there is nothing particularly new, but if you don’t then this is a very nice acquisition. With about two hundred pieces, this twenty dollar set has beside the fuel tank, a small fuel station which is almost a replica of the 3180 and an Octan energy (that’s the name of the company, now) mini-figure. 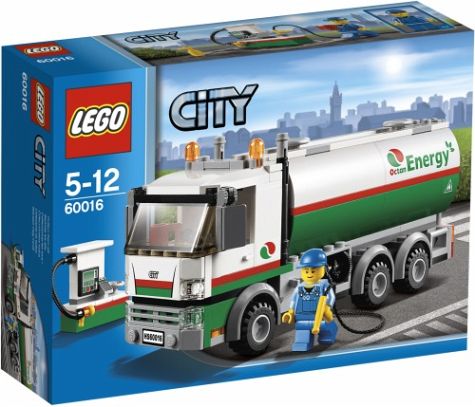 Looking at the pictures (which are basically the set box) we can see that in terms of building is more of the same.

There is a long chassis with three wheel axes, the cab is rather similar with the usual and this one has side doors, inside beside the seat the driver has a red cup to drink some coffee and finally a detail that caught my attention, not only in this set but overall in everyone is that the traffic lights are different not only in quantity and disposition but also in terms of used colors. 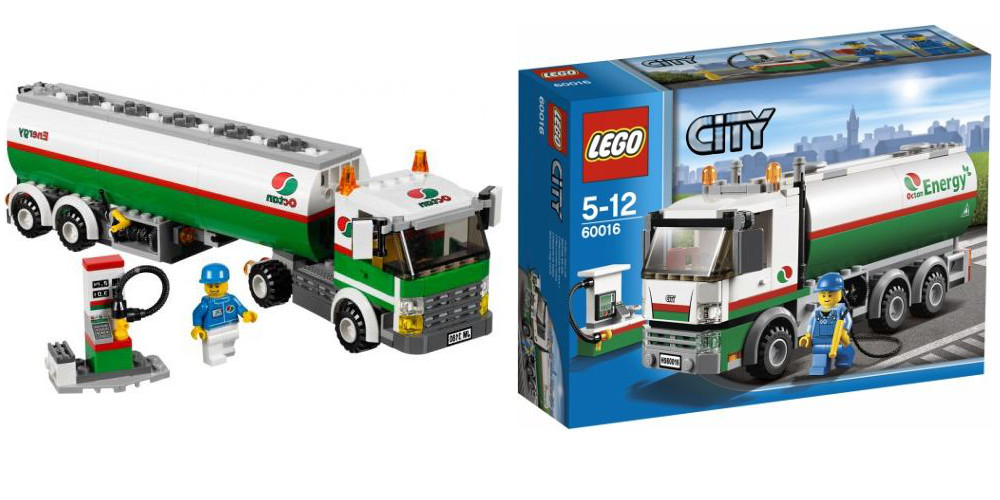 At the back, the eight semi-cylindrical pieces are rather known as I said before not only from the old truck, but also for instance from the cargo train’s fuel carriage. They are very simple to build and as reinforcement there are at least a couple of handlers that not only “allow” the entrance of fuel, but also give to the truck a better strength. 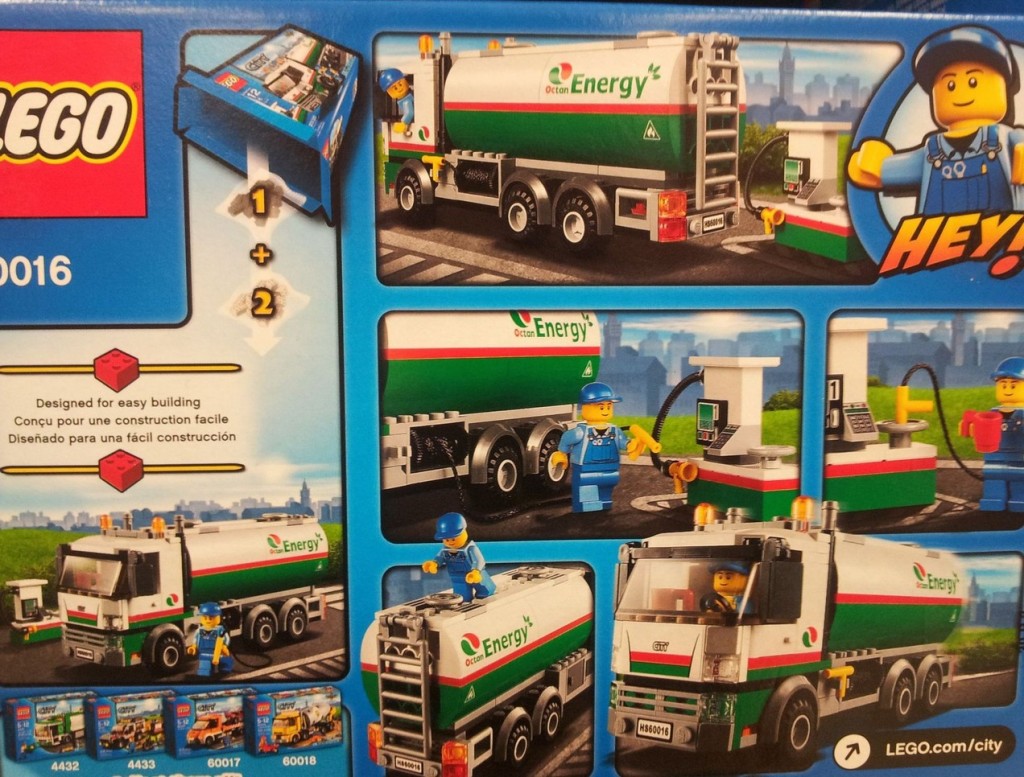 Below the tank, near the cab, there is room for a coiled hose (I’ve seen this before…) and at the back there is the same ladder to the top of the tank. Overall, these are two trucks with interesting features with the different that one of them is articulate. Is it worth to have both? Honestly, unless you have a big city, I don’t think so because there are basically the same.

Have a look at some photos please (I’m afraid that the quality is still not the best):