Approved! First of all I must say that when a new heli set comes out, I always have my doubts, not because they are not good, but simply because most of the times I have the feeling that it will be more of the same. Fortunately it is not the case, this one look really sturdy, different, the coast guard color combination is excellent and as you can see in the pictures there are some great new features!

The Coast Guard helicopter is a new city set, available next summer, with two hundred and twenty eight pieces and it has besides the heli, a new catamaran, a white shark and four nice mini-figures that are the guy in trouble, in the catamaran, the pilot, a diver and a third coast guard. 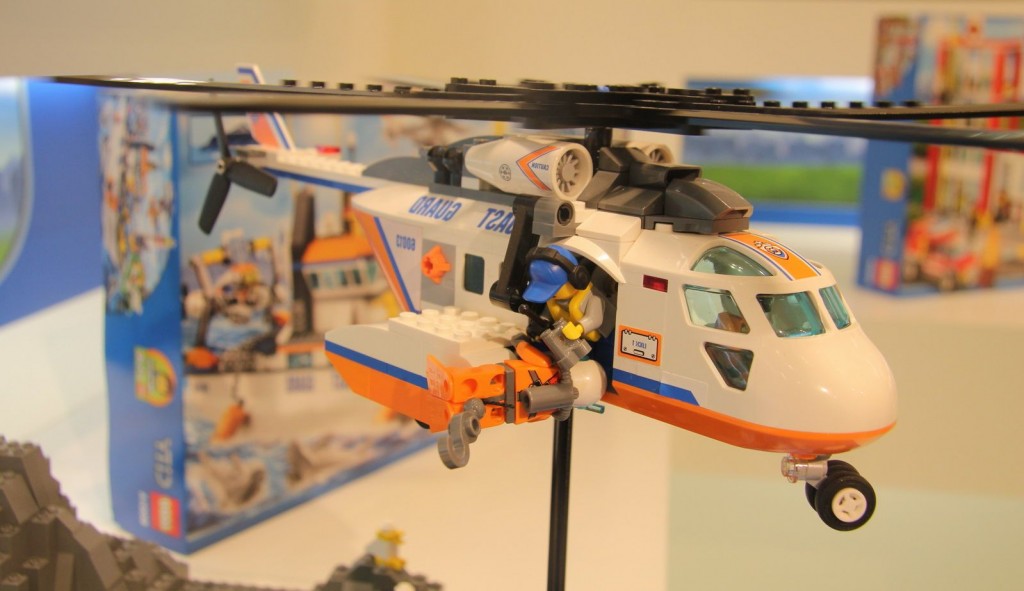 The Helicopter has some great new stuff. Starting by its new cockpit that features a new nose, it has small glasses everywhere, including in the roof. Talking about this one, this time it looks like it won’t be so easy to remove it to access to its interior, so I guess that the pilot will be a permanent resident in the cockpit.

Behind it, there is a compartment with no doors where all the action will happen. Besides the space for a couple of mini-figures, this new heli brings a great innovation that is a mechanic winch. Yes. The winch that lowers the rescuer guard, is commanded through a power brick, similar for instance to the bells of the creator’s houses, and it’s activated with a small knob just next to it. 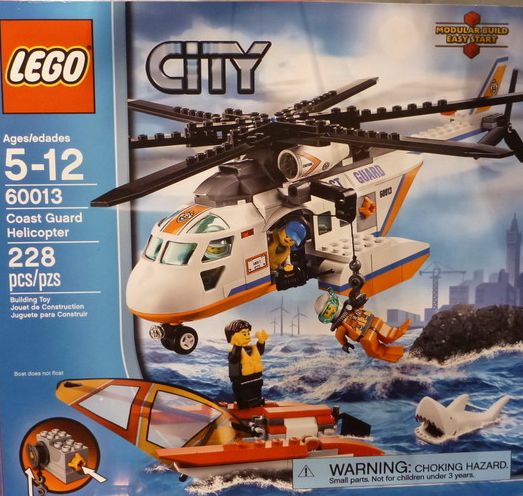 The back wheels, on the landing gear, are reinforced with a structure that can also be a small platform for the guards, and at the top, the two rotors as well as the six big propellers give this helicopter the necessary powerful and competent look.

Talking about the Catamaran, it is quite simple to build, but at the same time it is pretty accurate. With a white base, a couple of long red hulls and a directional sale mostly used in other kind of boars such as for instance in the Marina 4644. The Catamaran has definitely an important role because in terms of playability, the set intends to save the guy that fell of it. 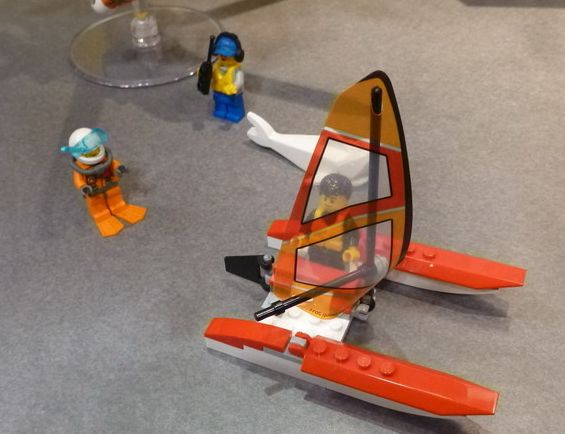 Globally, this is definitely a great heli and a good addition to the town, especially if you don’t own any one. The features are really great and the only observation that I might point is that some pieces are rather big which in terms of building experience might lead some fans to dislike this set. But for about twenty five dollars this is surely a great addition to the coast guard vehicles!