The diving Boat and the 4×4 Coast Guard truck constitute the new 60012 summer city set. According to the image, it looks a twelve dollars set with about hundred and fifty pieces (probably less) and just as I looked at it, good old 7737 – Coast Guard 4WD & Jet Scooter – came into my mind.

The similarities are huge not only in terms of concept but also in terms of color schemes, with the major difference that the new one tows a boat and the 2008 model has a jet ski in its trailer. 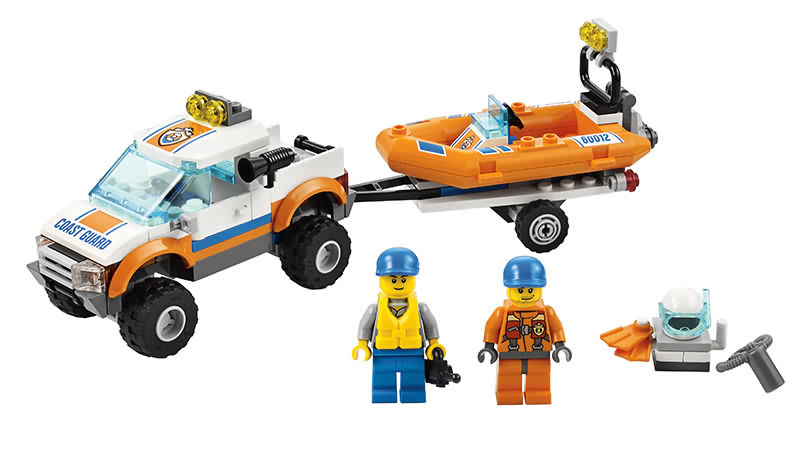 This new 60012 set has two mini-figures that are obviously two cost guards. I might not be rather enthusiastic about this set, but I must agree with one thing, it surely brings a lot of playability, not only because usually vehicles are always good in terms of playing but also because it will interact rather well with bigger coast guard sets.

Looking at the truck, it clearly has a high suspension, typical of this type of vehicles, but is definitely a bit small, after all we’re talking about an entry set. The cab has the usual stuff including the good old small side doors and at the back, the trunk has space for a bunch of accessories including diving equipment and a walkie-talkie. 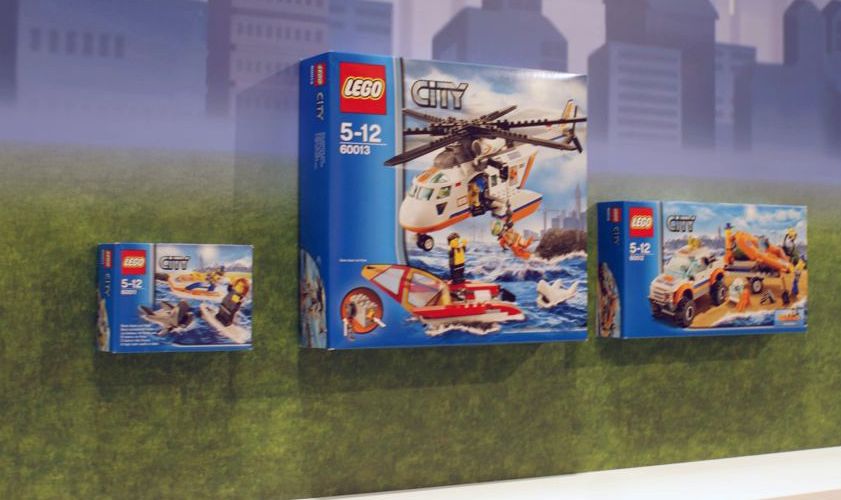 Talking about the trailer, I’m rather curious about the attaching mechanism, because its wheels are significantly smaller than the ones that equip the truck, the chassis is also lower than the truck but once attached, it keeps a straight position, unlike many other vehicles with trailers.

Finally, the little boat is the same fire and police boat so many times used over the years, but on the contrary of the others, this one has a small blue windshield just in front of the wheel. At the back, we can see a competent engine, some room for an oxygen bottle and a black bar with a couple of spot lights. 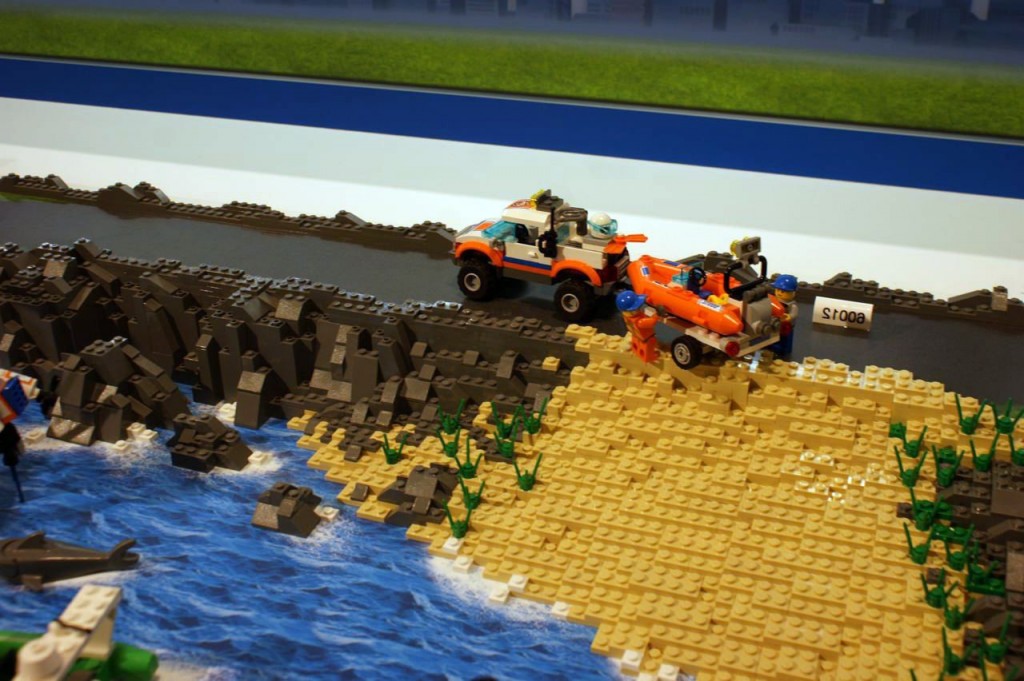 Globally, this nice set is most of all a remake of the 2008 model. The color combination is terrific and the features are present in big number. For thirteen dollars or less, it is definitely a good deal to be made next June.