The new fire headquarters is surely the next year’s biggest fire set. There aren’t yet many official details about it but by the available pictures we can have a reasonable idea of its details. The numbers of pieces is still unknown, however I would bet something around the six hundred and fifty and the seven hundred.

By comparison with the current Lego 7208 we can see that the headquarters area is rather similar in terms of dimension (perhaps slightly bigger the 7208) as well as the two vehicles which still maintain the main features: there is a big ladder truck and a small rescue vehicle. However the 2013’ set has an extra vehicle that you might see by the pictures, which is a small helicopter. Overall I think these are the reason for that brick’s number. 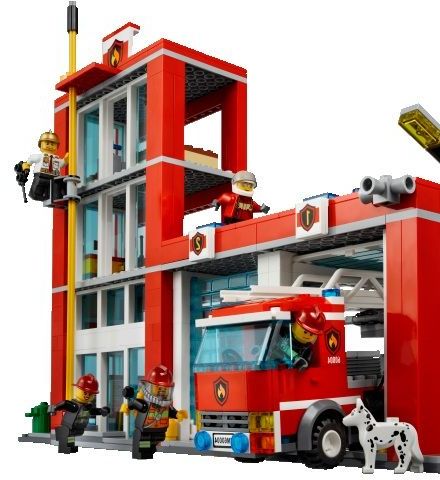 In terms of mini-figures, this one will have five (one more than the two previous) which will be four fireman and the helicopter’s pilot (ok, it’s a fireman too). Easily you will notice a big difference on their details. Their uniforms are rather different as well as their helmets (the new ones are dark red) , and this time we have a commander. This guy has a white shirt and a tie instead of the black uniform. There is also a dog (this one looks like a dalmatian) and a nice box with a flame. 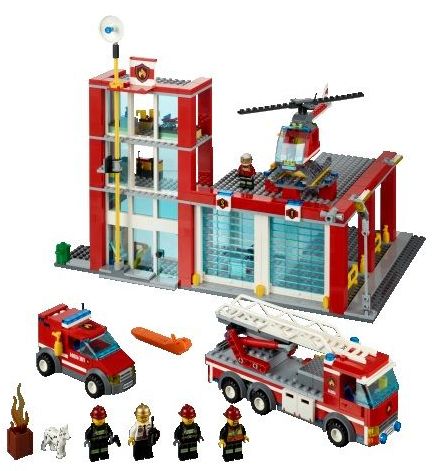 Now let’s have a look at the set’s attraction: the building. This time the two garages are together with no kind of division between them. These surely have some advantages because between them you can store, tools and accessories as well as the little tool kit car that is inside the building. Another advantage is that this time the roofs are have sufficient space to build a decent heliport. The two previous fire headquarters didn’t have any. 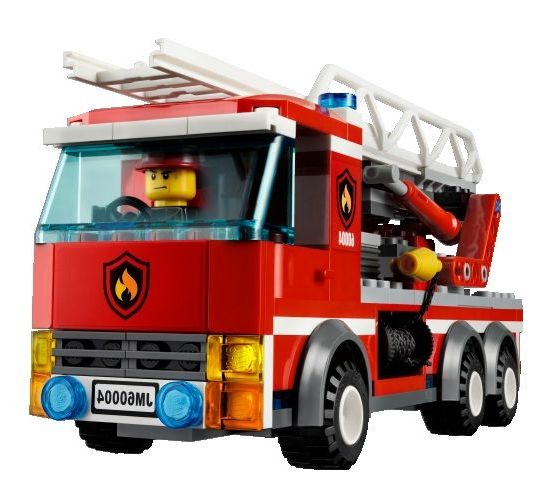 Besides those nice features there are also some similarities with the ancients: the garage doors are exactly the same, even the glass colors, the yellow safety bars are as well equal and the garages are still basically some red columns with no kind of walls which is understandable in terms of playability. 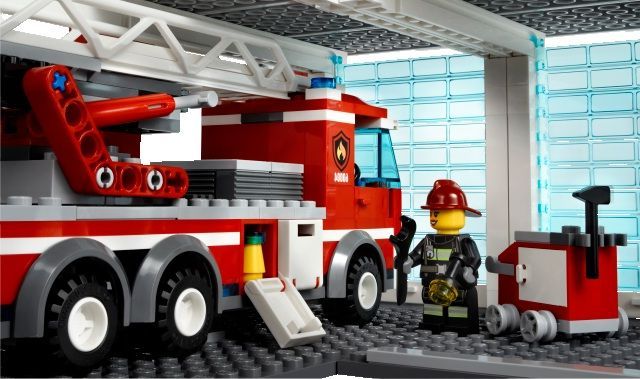 Next to the garages is of course the main building and this time Lego gave primacy to the height. Three nice but a bit small floors constitute what we call the headquarters. The ground floor is basically a control room with at least a desk, a nice chair and a computer among other features. A telephone surely was good at this room. 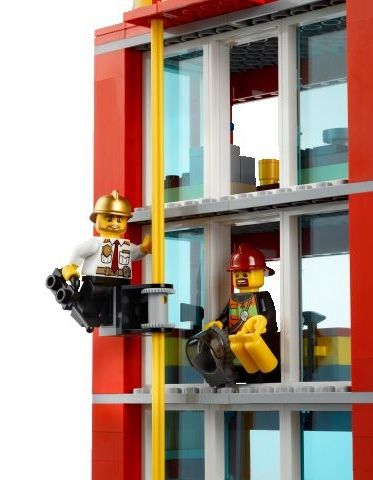 The first floor is simultaneously a store room with a bunch of tools and the access area to the heliport. Finally at the second floor there is a small resting room with a table and a couple of yellow cans, a bed and a small water/coffee machine.  Outside a big yellow pipe with the buildings height is base for a sort of elevator for the fireman.

Talking about the ladder truck I would say that is was a bit inspired in my good old 7945 truck. The cabin is rather similar with the advantage that the new one has a coulpe of side doors (I said it before a thousand times – I love this doors in the vehicles). In terms of the ladder, the base as expected turns over the 360 degrees and it is made with a technique structure which cleverly stretch every time is necessary. It is definitely big in terms of height but not as high, I guess, as the 7945. The bunch of technic pieces makes miracles… Finally, it might be a small details but I also enjoyed the multicolor traffic lights at the front of the truck. 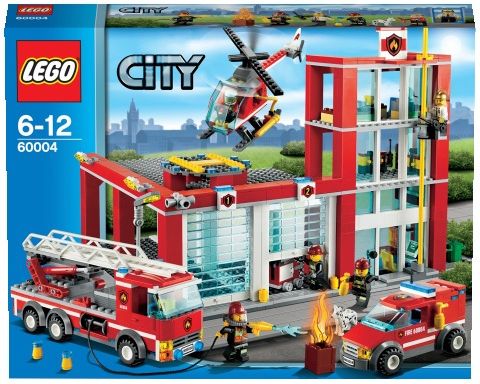 The small rescue truck is also similar not only to some previous fire models but also with some police vehicles. Basically it has the usual chassis the same cabin and the back trunk is a bit more cubic than usual. The tipper door gives access to a small compartment where a couple of accessories can be easily stored.

Finally we have the helicopter. It’s a small helicopter, it won’t save people or extinguish fires but it’s a nice chopter with a cockpit, a landing gear and a small propeller. Its wind shield opens easily in order to increase the playability and the side water cannon gives the heli a competent look, despite its small size.

If we think about its price, never expect less than eighty dollars: it is a new set in the market and it has an extra vehicle. Globally this is my opinion: it is better and prettier than the current specially if we think about the vehicles, but forgive me, I still prefer the old 7945. Please have a look at some additional pictures: