The tile of this post could easily be 60002 against 7208 – find the differences. Despite all the differences between the two vehicles, the similar size, the colors and the flat windshield of the new 60002 truck easily transport us to the current (not for too long) fire station 7208, particularly to its ladder truck.

Although all these similarities, the new truck has most of the features disposed in a different way. The ladder structure is simpler this time, but with the same efficiency, and is mounted on the top of the structure saving space for the coiled hose, a small water pump that connects to the urban network, three pressure gauges and even a little clip for a walkie-talkie. 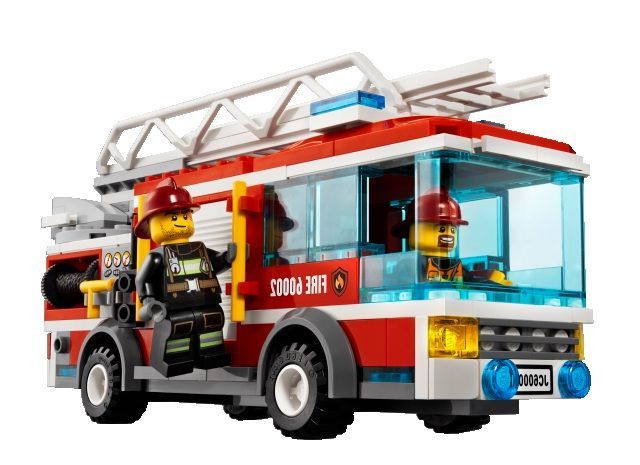 The ladders, apparently, use the same retractable mechanism but this time they have a couple of long side bars which definitely helps the firemen to climb easier and increase their protection in case of emergency. Looking at the chassis I would say that in terms of building the two models use a similar structure and even the distance between the wheel axes looks almost the same.

In the middle of the vehicle, next to the cabin, there is a big store compartment identical to the good old 7239, fire truck, which surely will carry a bunch of tools and accessories for the fire fighters. Finally there is a big cabin, perhaps the biggest that I have seen in the last times and in this type of vehicles, especially if we attempt to its width. 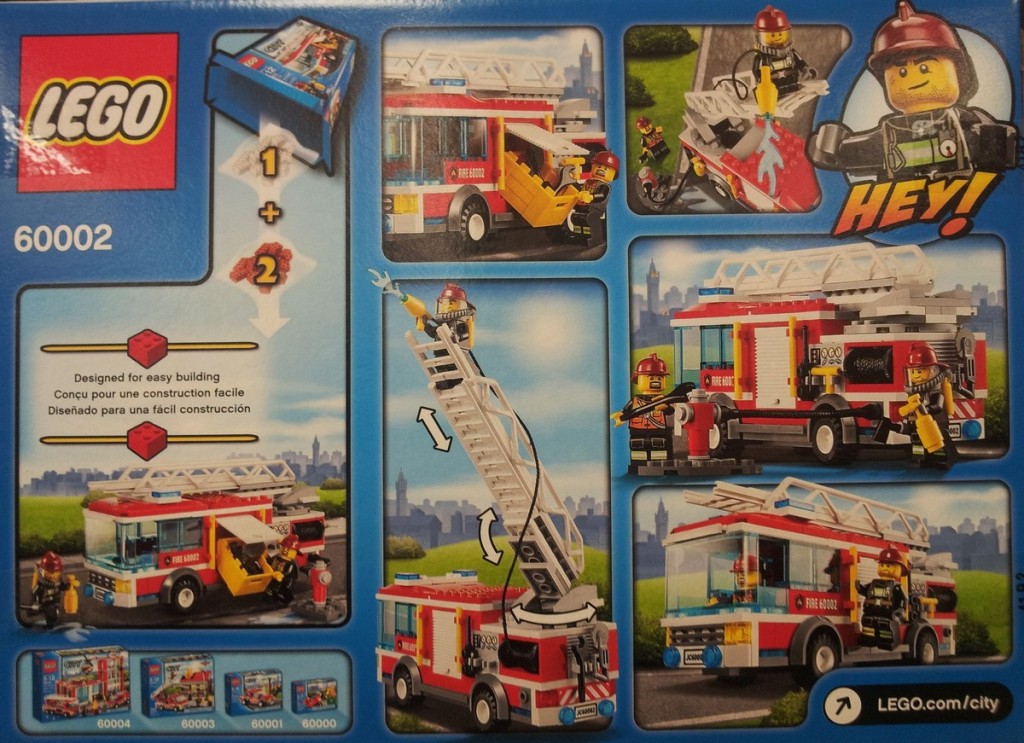 With an extra seat for the second fireman, the entire cab is made of glass, providing the guys a clear view from and to almost every angle. The details of the two small windows next to the windshield, giving the effect that the windows are down are also very nice. Finally every time that the firemen have to enter the cab, there are two possible options: carefully we might dismount one of the side windows or optionally the ladders support and one of the two roofs. 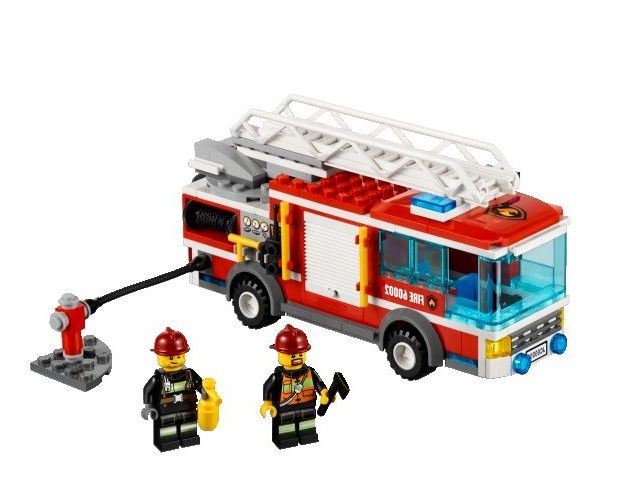 Globally, this twenty dollars vehicle is a good acquisition if you don’t have or don’t plan to acquire a fire station, because if you do you will get a similar vehicle. On the other hand, 2013 will be a year of tremendous competition for the set because there will be three ladder trucks on the market. Let’s wait to see if its great features receive all the rewards from the fans.