This three little new sets – 60000 (fire motorcycle), 60001 (fire chief car) and the Police ATV for about twenty dollars (in total) are very interesting, together or not, for several reasons. First if you have a town they are always a good complement to a fire brigade or a Police headquarters. Second they are, for a small amount, a good initiation to the city theme, and finally with Christmas arriving they surely constitute a serious option for a nice gift – let’s only hope that they are released in December.

The Fire motorcycle is the smallest set of the three and will be definitely one of my acquisitions as soon as it is released. Not only because is clearly a four or five dollars set but most of all because I don’t have a fire motorcycle in my 7945 fire station. The available images show all the set’s details, and besides the motorcycle which is more of the same with a different color, the set has also a fireman with and extinguisher and a big garbage can on flames. It surely looks like that is a tendency this year, almost every fire sets have some flame pieces. 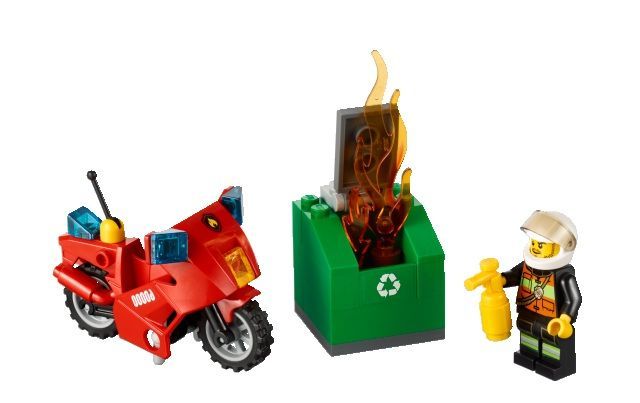 The fire chief car recreates a scene where a girl calls to the fire headquarters request help for a little cat that is on the top of a tree. So as you can imagine, the mini-figures are two, the fireman – that torso is really very nice – and the girl. The small fire chief car might look familiar but there are a bunch of details that are rather different. The engine’s hood uses a different brick, the rear mirrors are also different than usual and the roof looks bigger this time. This set has also a tiny little tree for the cat. 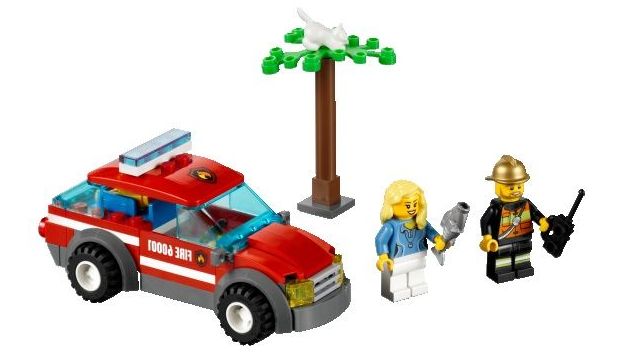 Finally there is the Police ATV, that will pursuit a thief with a wheelbarrow – it must be hard for the cop!! The little ATV globally is similar to the previous but there are some nice differences such as the dark blue color used in the model, the protection bar at the front and for instance the new wheel arches that this time uses a single piece. The red wheelbarrow is also an added value because it is not an object that you find often in Lego sets. 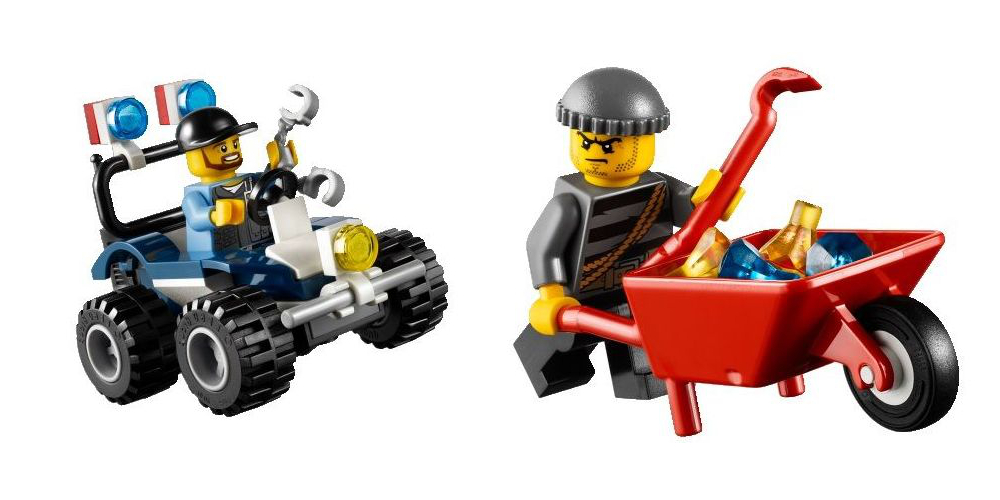 As I said before, personally the motorcycle is a certain acquisition but you should also consider the other two, especially if you don’t have any similar. Now let’s wait until they are out on stores.