This 2012 set has more than six hundred pieces and is composed by a central headquarter, a small helicopter, a 4X4 motorcycle and a police vehicle. It also brings five figures (two police officers, two prisoners and a heli pilot) and a bear witch is quite perfect. Although it has some interesting features, if you are in a store you will surely think if this is the best Police Station to buy, comparing  for instance with the 7498 – Police station – or even its predecessor the 7744 – Police headquarters – the best Police station set in my humble opinion.

The main building is composed by a small office on the left side, a garage in the middle and a prison on the right side. The office has the usual, a coffee machine and a small desk with a computer. 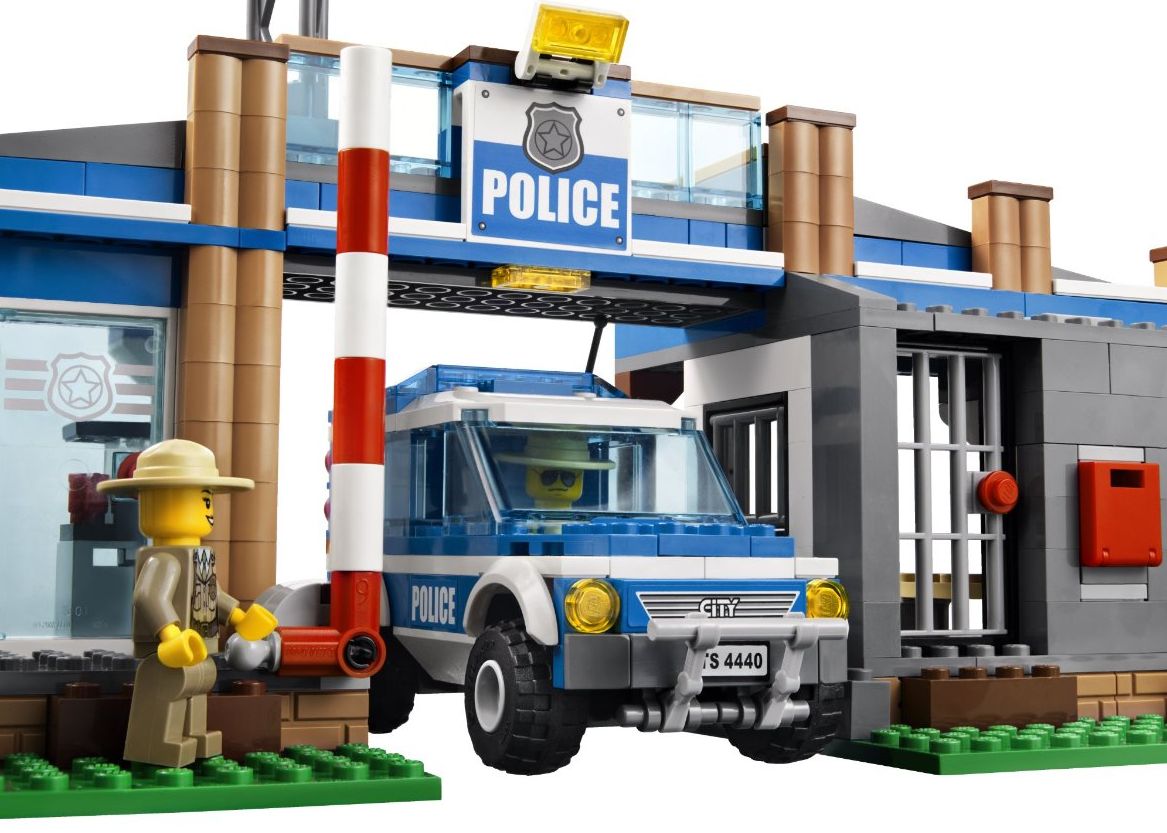 The jail side has two doors but the inside space is unique. In this case the prisoners have two possible ways to escape. Finally the garage, which is not more than an open space in the middle of the building.Talking about the vehicles I specially enjoy the small heli. It has two compartments in the rear in order to transport small objects and the cockpit is also quite simple with a windshield that is simultaneously the access door. In this case the pilot can’t complain about entering in the heli. 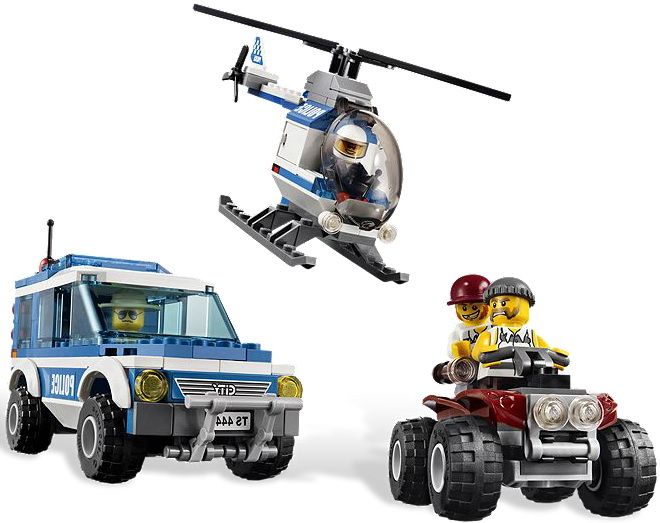 The 4X4 motto is similar to other police or fires motto and as usual, i think it is very cute. Particularly, this one has a small box to carry the money. The Police car is an ordinary car with some small differences comparing with similar police models. This, perhaps, looks more like an off-road jeep. 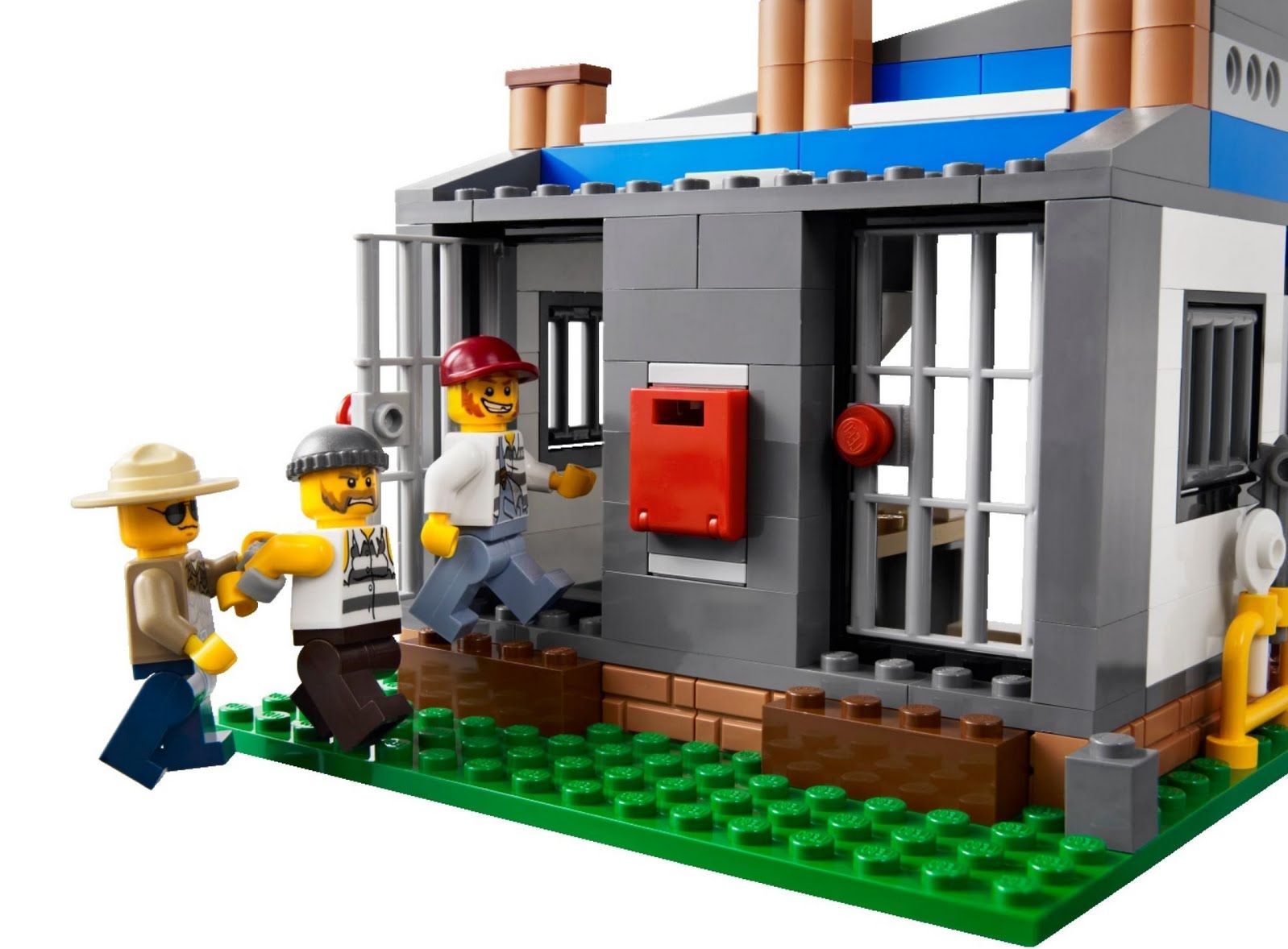 As I said, this set has a bear, the animal is quite well designed and it might be a help in the prisoners escape (or for the officers, trying to catch them…). The two additional trees are also an added value for the set.

Talking about the major points:

The cons, in my opinion, are: