The Heavy Duty Heli is a 2012 Police set, it has almost 400 pieces and 3 mini figures. I guess this is a tendency in this year’s sets, a lot of them have more figures than their previous models. This heli is quite realistic and have that robust and bulk aspect, very common in cargo’s transportation.

Although its dimension, it is very easy to build and has a lot of interesting and uncommon pieces. Starting by the smallest in the set, the car is a true all road vehicle with six wheels and a rear box for small pieces or any other kind of cargo. The Heli has a big rear compartment witch can carry the car or even other small Lego sets that you might have in your collection and it can be accessed through one of the available doors: the sided or the front one.

In the middle of the heli,  between the cockpit, which can transport 2 pilots that can access it through two small sided doors in the vehicle’s front, and the rear deck, there is a “dead” space that could be eliminated, adding more space to the cargo room in order to transport bigger vehicles. The would surely be an added value to the set. 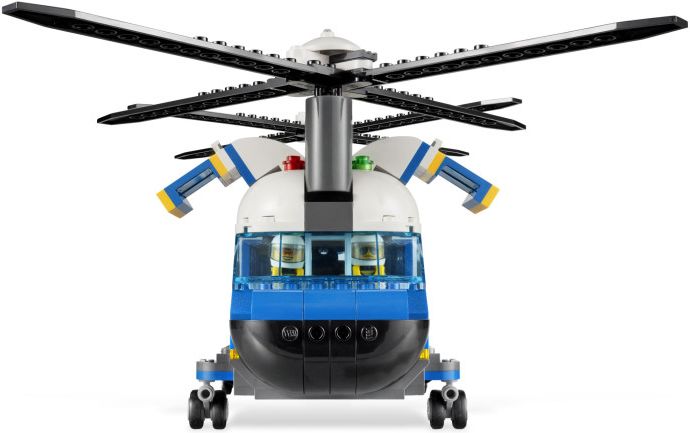 Being a Police set, it can integrate your city very well, specially if you have an airport (3182 for instance) or some other 2012 Police sets such as the Forest Police station (4440) or even the Off Road Command Center (4205). 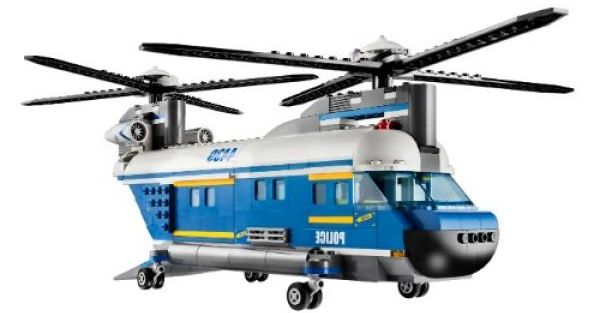 Talking about positive aspects i would mention:

The minor aspects are: