The Lego 4437 is a good set on two conditions: If you don’t have a forest set and only want a couple of vehicles, or as a complement if you have a forest police station. The set is basically constituted by two vehicles (an off road jeep and a 4×4 motto). two mini figures (a police man and a thief) and a couple of accessories are also available.

The off road vehicle is similar to other set’s vehicles (lego 4438 – Robbers hideout for instance). With a robust look and big wheels, this time it belongs to the thief. Building it you will notice a couple of interior yellow and blue pieces. that have nothing in common with the final look, this looks like a tendency in all 2012 sets. This jeep has also a opening back trunk to transport the stolen money (unfortunately there are only a gold bar and a dollar bill). 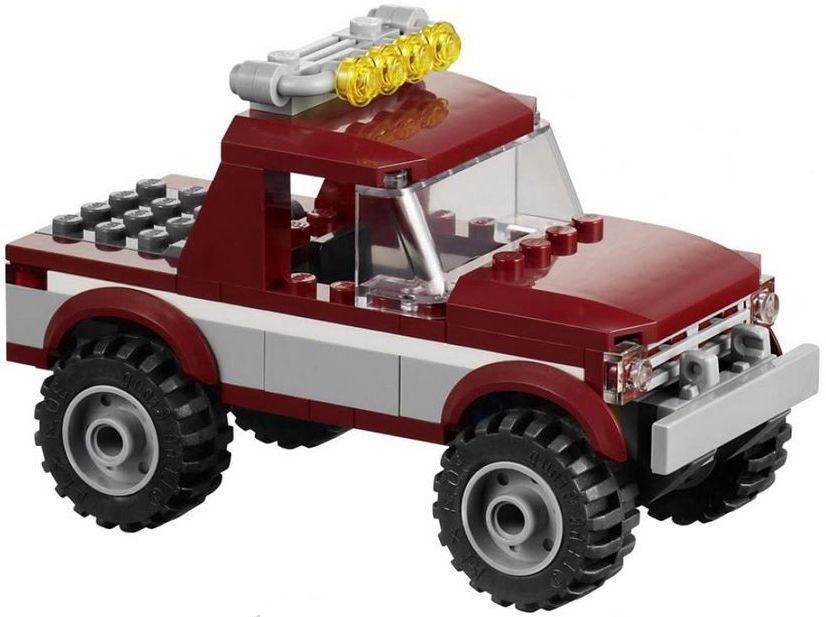 In the roof, a spot lights set is available in order to illuminate all the way. On the other hand we have an ATV for the police officer. An unfair pursuit, I would say. This ATV is an ordinary vehicle, similar to the usual 2011’ vehicles. Twenty three pieces are enough to build it. Easier than this one, it might be hard to find.

With hundred and twenty nine pieces and a couple of mini figures, this 2012 set is easy to build and as a complement to other sets, it has everything to have success, except for the price which does not have the best ratio, price per piece. 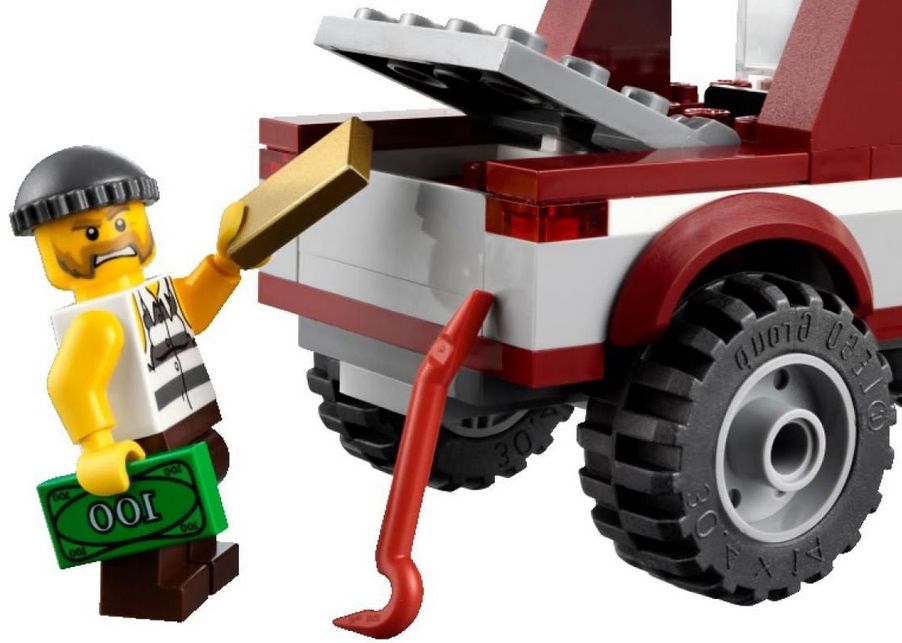 If you wish, the instructions can be found here: