The Lego 4436, Patrol car, is a 2012 city set, and it is composed by a forest police car (or is it a city one??), two mini figures and a forest gate. The two figures are the usual prisoner and the newest forest police officer. This last one can be a good addition to any collection if you don’t have any forest sets.

The gate is not a very common piece which makes it a good added value to this set. It has a warning bear sign (did it have to bring a sticker…) and the forest gate is basically two ramps, one on each side of the bar that are built with a few technical pieces which allows them to move up and down. 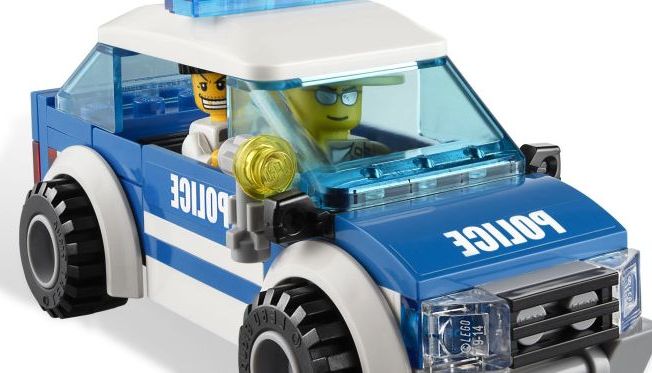 The car is an ordinary police vehicle. Its building and design it’s basically the same of other city cars. Being a forest patrol car it could have a few more differences towards do usual city models. And personally I don’t like two features: It doesn’t have doors and the police don’t have a seat. One last detail that could be better, if the small light is in the side holder, the driver will not see through the mirror. Details… 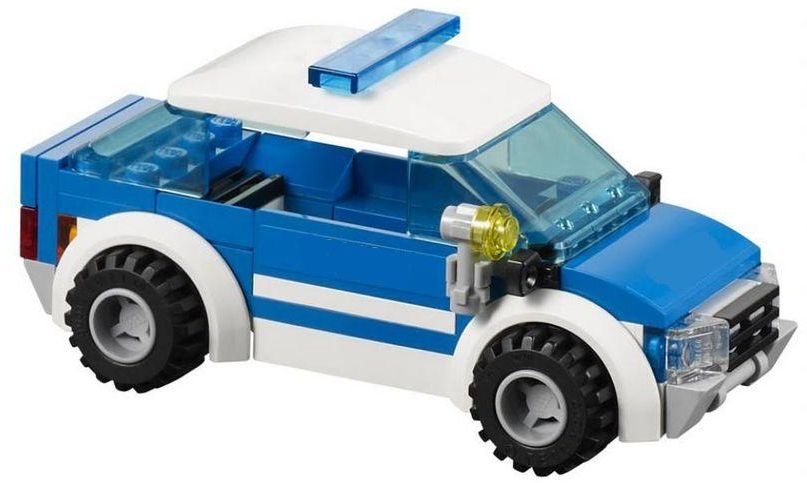 I didn’t buy this set and I probably I won’t do it. It doesn’t bring anything sufficiently appealing  to get it. The gate is nice, but not extraordinary and the forest cop can be purchased in other sets. 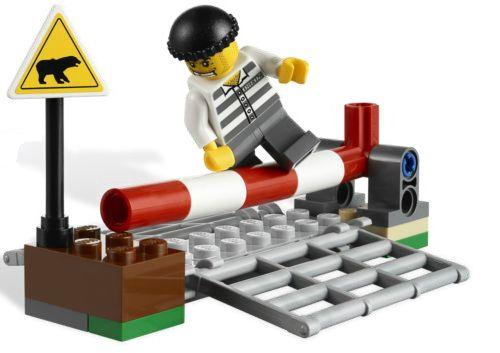 Although if you like it, it surely has a good added value, especially if you buy it with some kind of discount. Two mini figures, a vehicle, a forest gate and almost hundred pieces for less than 11€, makes this 2012 set a good purchase if you don’t have any kind of forest sets or similar vehicles to this one. If you need, the instructions can be found in here: