The Dump truck is a 2012 set and has a very nice and solid design. Its construction is basically divided in three steps: The chassis that has a various quantity of different colored pieces, the cabin which is basically very similar to other models and the tipper bed with a back door in order to unload the stones. The set has also two mini figures, workers, a security barrier, a wheelbarrow and lots of stones.

The chassis has an ordinary structure, typical of this kind of vehicles, and besides the cab’s base, it has also the tipper mechanism to attach the truck’s bed. 2012 has been presenting us with pieces of several colors in the chassis and this one is no exception: blue, light brown, grey, green and red (uuufff…) are apparently abusive but the final result is softer that it would be expectable. 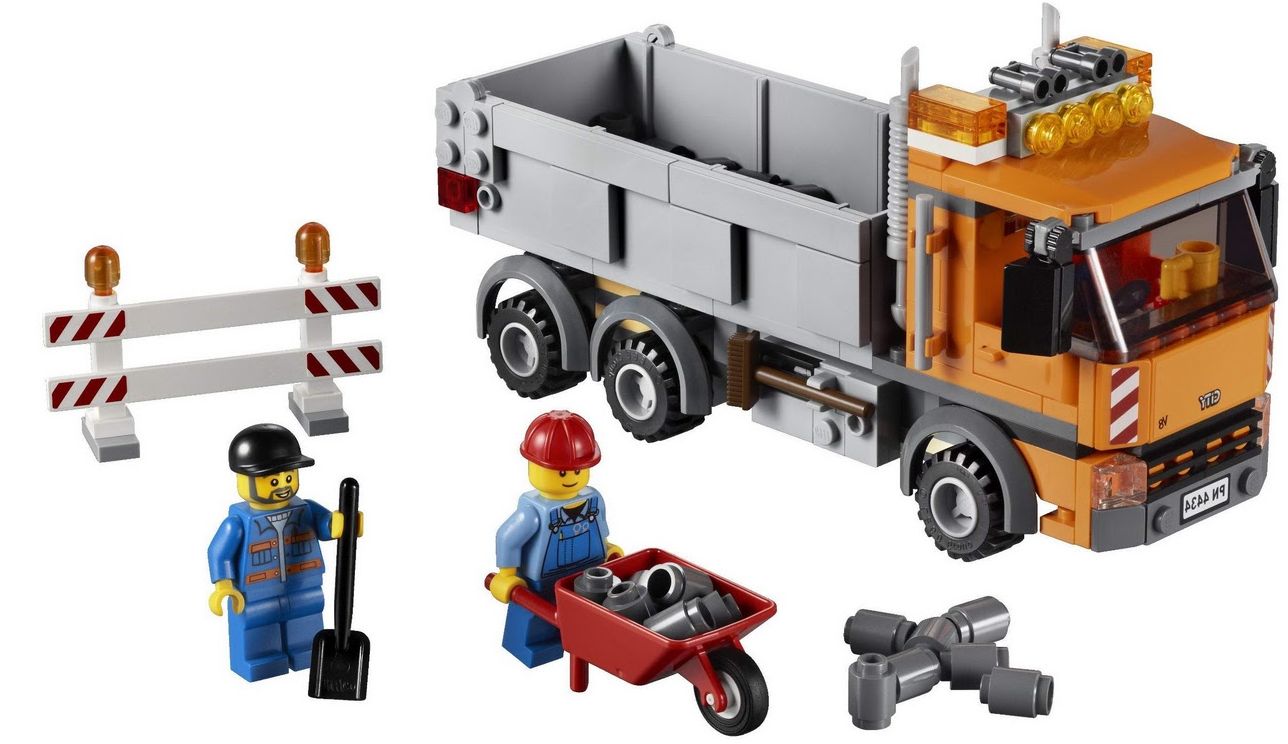 The orange cabin is built separately with the usual structure, a front panel, a removable roof, the old good side small doors are back again, the steering wheel with no driver seat and an usual coffee up. The rear mirrors are more robust than other previous models and this part is completed with a separate module in the roof with plenty of orange lights and horns. At the back of the cabin there are also two big exhaust pipes. 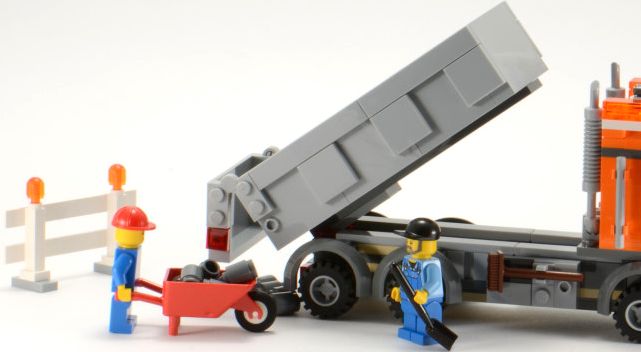 Finally, the truck’s bed. It is built with six symmetric pieces attached with black pieces in the middle. The side panels give it a nice final touch in terms of aesthetics. The dump mechanism works quite well and the enormous quantity of stones as well as the wheelbarrow give this set an enormous playability. 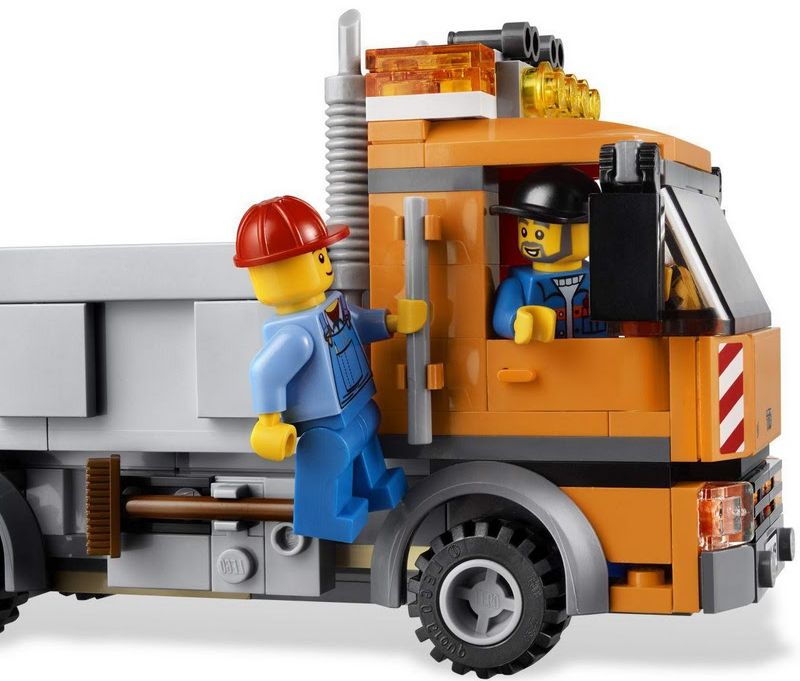 With two hundred and twenty two pieces, two labor workers and a bunch of tools and accessories this set is indispensable in any town, especially if you have other buildings sets. If desired, the instructions can be found here: