The Garbage truck is a 2012 set and the result couldn’t be better. Building this set you will notice that basically there are two distinct parts: the vehicle’s chassis, that includes the cabin and the garbage deposit. The cabin is flat, different from most of the city truck, and has a removable roof (poor driver, it’s the only way to get in the cabin). No matter this detail, it looks very nice. 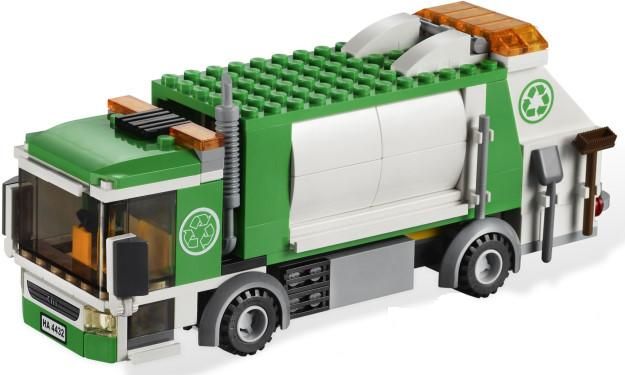 In terms of playability, besides the driving part, the big deal is in the load/unload of the cans. It’s a must, this vehicle is a worthy successor of the 2007’s recycle truck, 7991. 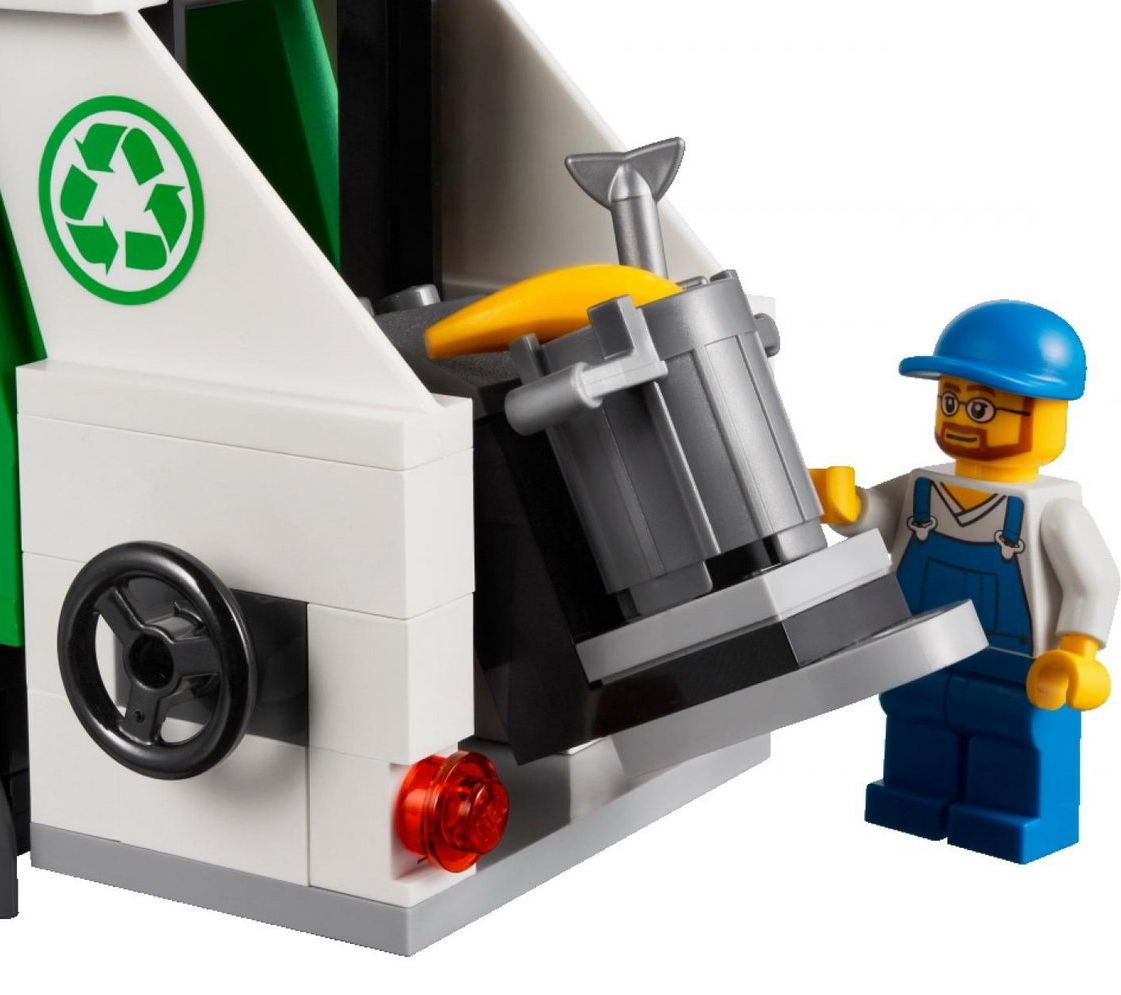 The set brings two mini-figures, garbage workers, two garbage cans and a lot of trash to mess the floor and the truck. With two mini-figures and more than 200 pieces, it looks like a very good value for money and worth to belong to any town. 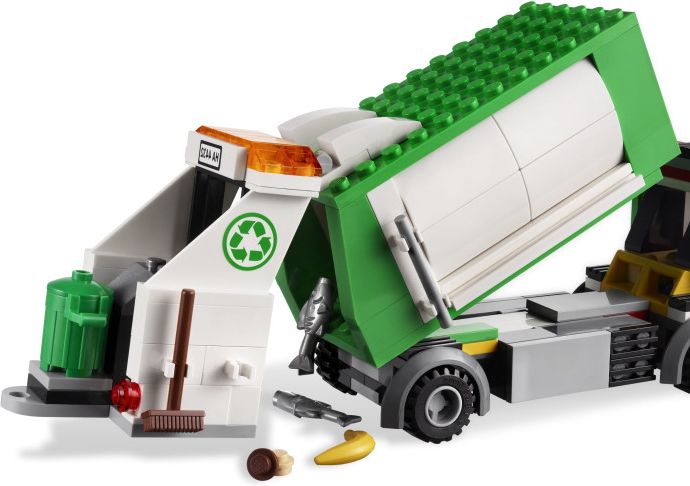