The Fire transport is a 2012 set. It has a typical American truck, a big trailer and an off road fire rescue vehicle. Three yellow firemen compose the team that has at its disposal a lot of tools and accessories to fight the fire. The trailer has also a reasonable command center in order to coordinate the operation and communicate with other vehicles.

Starting by the truck, it has an average size but its American look gives it an extra strength and power. And it will need because the loaded truck looks very heavy. The big front suggests a big engine and the cabin is basically the same of other truck with an aspect that I particularly like: it has the old good small doors. Its building is equal to other similar trucks but a small detail caught my attention: why green small pieces in the truck structure? Ahead, other two details that are not always present: two big fuel tanks and two big exhaust pipes. 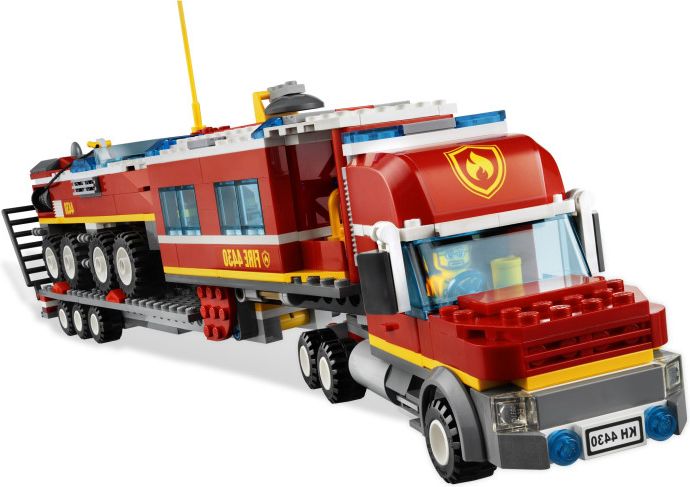 The trailer is big, very big and different from other truck. Its front part, the base of the command center, which connects to the truck is slightly elevated. The command center is simultaneously a resting place because it has a bed. Besides that there is also a desk with a water machine, a computer and a chair and a big wall map. This big space can be accessed through the left side wall which opens more than 90 degrees (similar to auto caravan’s set, for instance). On the roof there is a big antenna, a parabolic and lots of blue lights. 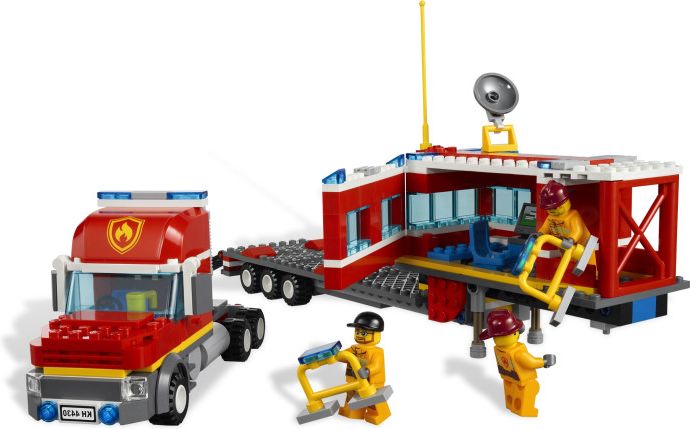 Finally the fire fight vehicle. Looking at it we are tempted to say that it can go anywhere, even to the moon. It is rather tall with big wheels and has room for two firemen. The front one drives, the back extinguish the fire.

The hose has a 360º rotation mechanism so the fireman has to be careful, otherwise he will give a big bath to the mate. The propeller in the back suggests a big and powerful engine. 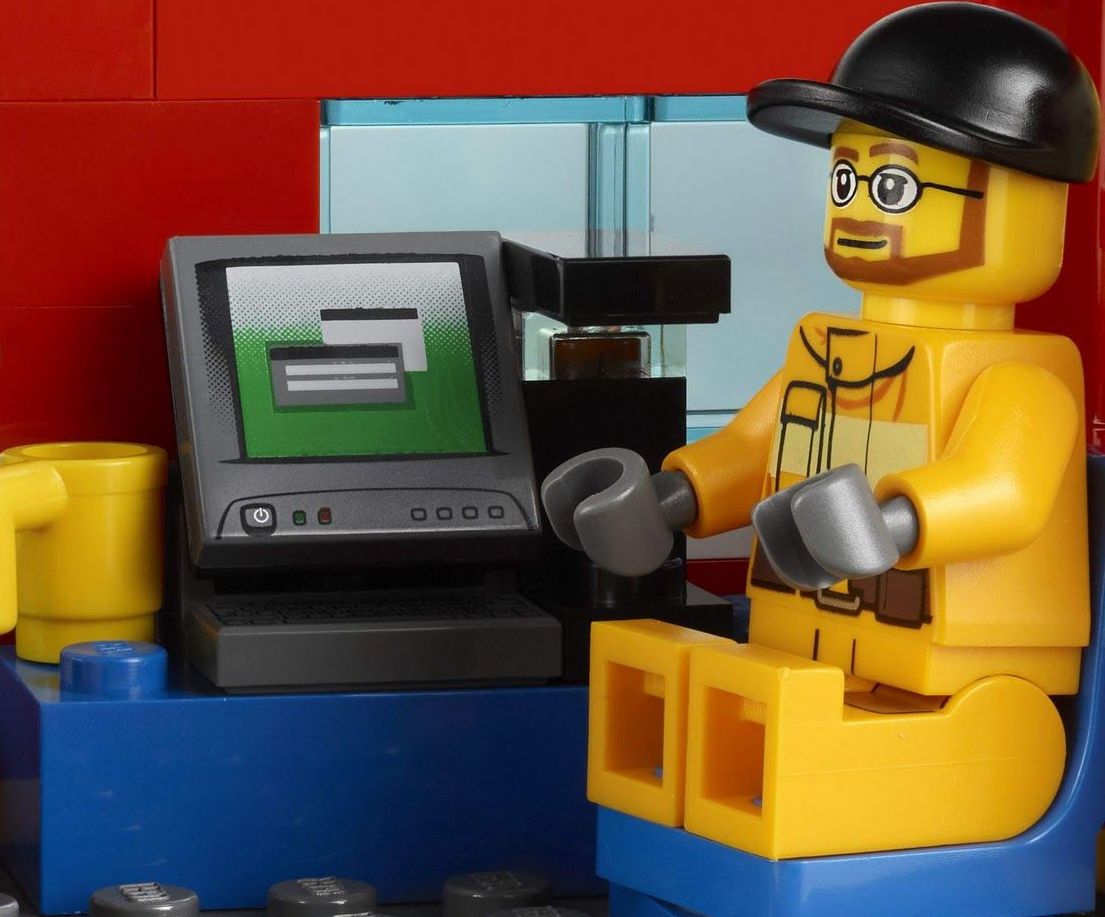 A truck, a “moon” vehicle, a big trailer with a command center, three mini figures and lots accessories and tools give to this set an enormous playability. 522 pieces and 3 yellow firemen make this 2012 a nice and different fire set. If desired the instructions can be found here: