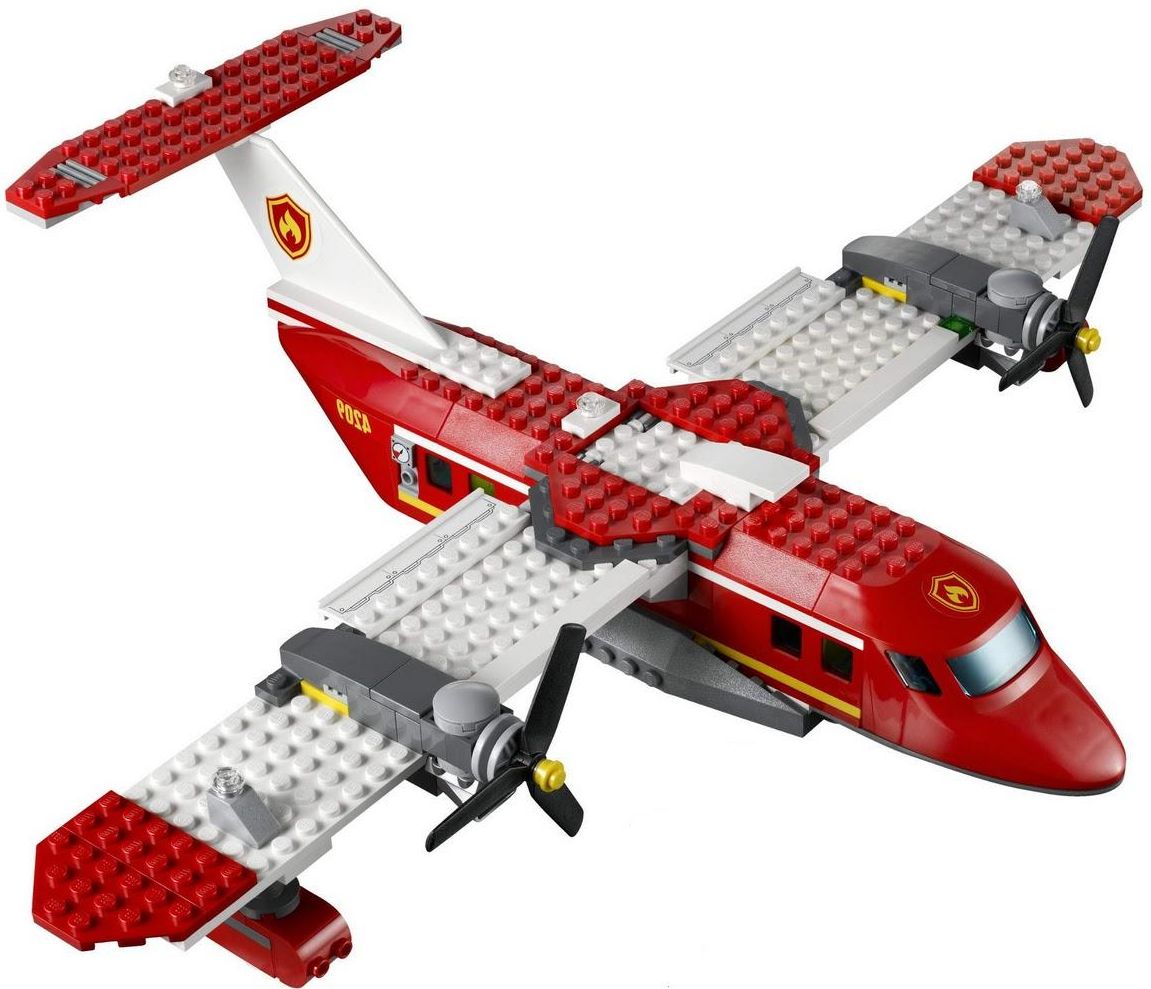 In the back compartment, two cylinders wait for their turn to catch the fire. The plain has small windows, specially the cabin and the back compartment. Finishing the body structure, you pass to the wings. First impression, they are big, very big. In the middle we can find the roof opening to load the plane. 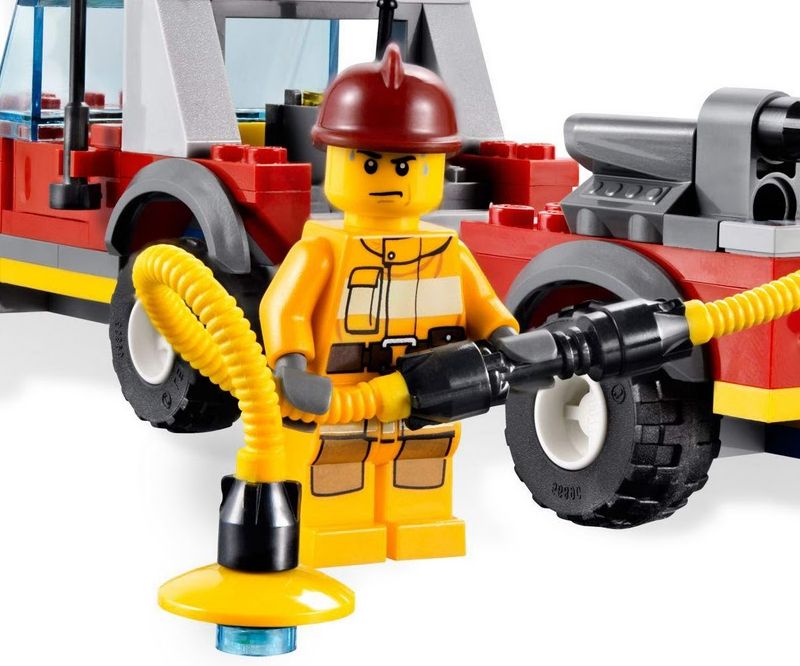 The sailplanes are in the wings’ edges as it was expected and near by the engines. Personally I guess that both are very well designed. Finally once built, the plain’s cabin can be accessed removing the two front pieces.

The fire rescue car is not big but is larger than usual. And it is also different from other usual set models. I would say that it was inspired in a convertible Morris. At the back, there is a small box to store some tools or other stuff. The trailer is basically a powerful fire aftermath machine. 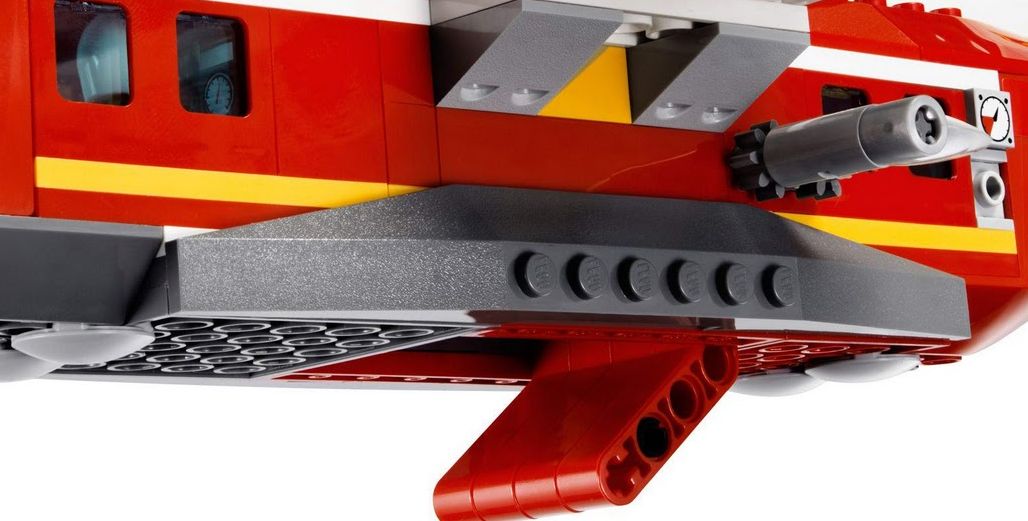 An unusual fire set for a reasonable price. It has a good potential in terms of playability and the flame pieces are an added value because they aren’t easy to find in other sets. With more than five hundred pieces and three mini figures I would say that is an interesting fire set, specially if you like planes. The instructions can be found in here: