When you look at this fire truck, the first things that come to your mind are competent, robust and complete. The vehicle is not very big but it has everything (or almost…) to get in a fire theater. Although, it contradicts this year’s tendency in terms of number of mini figures: it has only one fireman, when it should have two.

The vehicle is basically divided is four parts: the cabin, a control room, a carriage compartment and finally the roof, with its big fire hose. The cabin has an ordinary structure, a big windshield, a steering wheel and seat and two old but nice side doors. Compared with other 2012 sets, the rear mirrors look old fashioned. 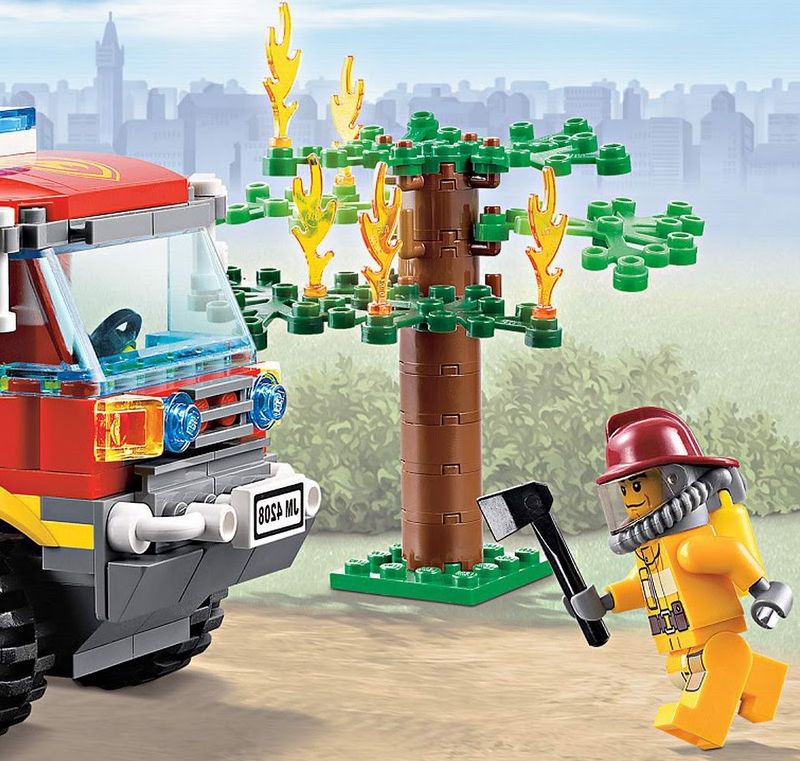 Next, the control room. It has a connection with the cabin, but the instruments are very poor. Only one terminal is very few and the monitors could be slightly more than grey pieces. One stick or two, for instance could make the difference. Besides the cabin, this room can be accessed through two side dump doors. In my opinion one was enough. 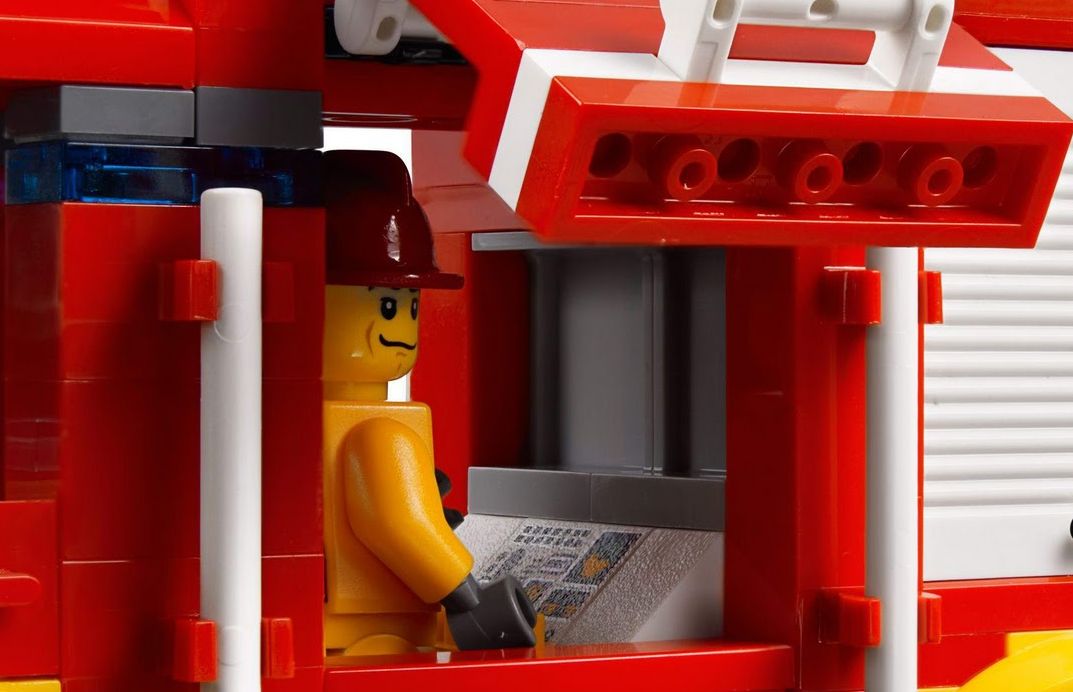 At the back of the truck, there is a small room for a tool’s kit. This one has an axe, an oxygen kit with mask and nothing more. Few, again, in my opinion. Finally the roof, it has two blue lights, two protection grids and water cannon. This “beast” can rotate 360 degrees, but has an enormous defect: it has no kind of lock mechanism, which is very boring. How could they forget it? 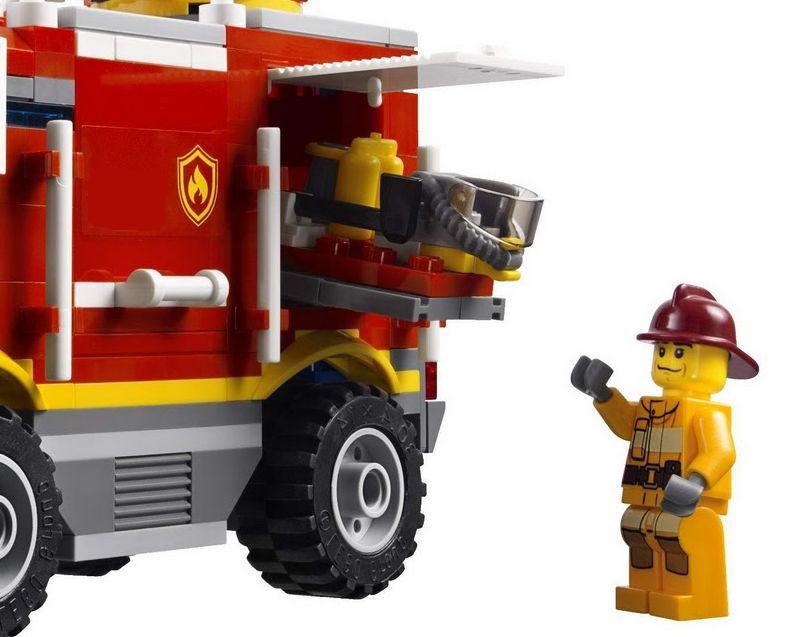 The big tree is an added value not only to the set but also to a town. Well it’s a new year’s set with almost two hundred and fifty pieces but unfortunately one mini figure.

If desired the instructions can be found here: