The new moto Cross Bike is a new technic set with two hundred and fifty three pieces and it is definitely one of the amazing technic sets that I’ve seen in the last times. This great moto cross bike set, alternatively, has the possibility to build another terrific model which I assume that is based on those bikes that run on ice tracks.

I must confess that I’m not a technic enthusiastic, so the following notes will be centered on the huge details and features that these bikes have, instead of talking about the building techniques or even eventual rare or unusual pieces that this set might have. And there are surely many details to talk about. 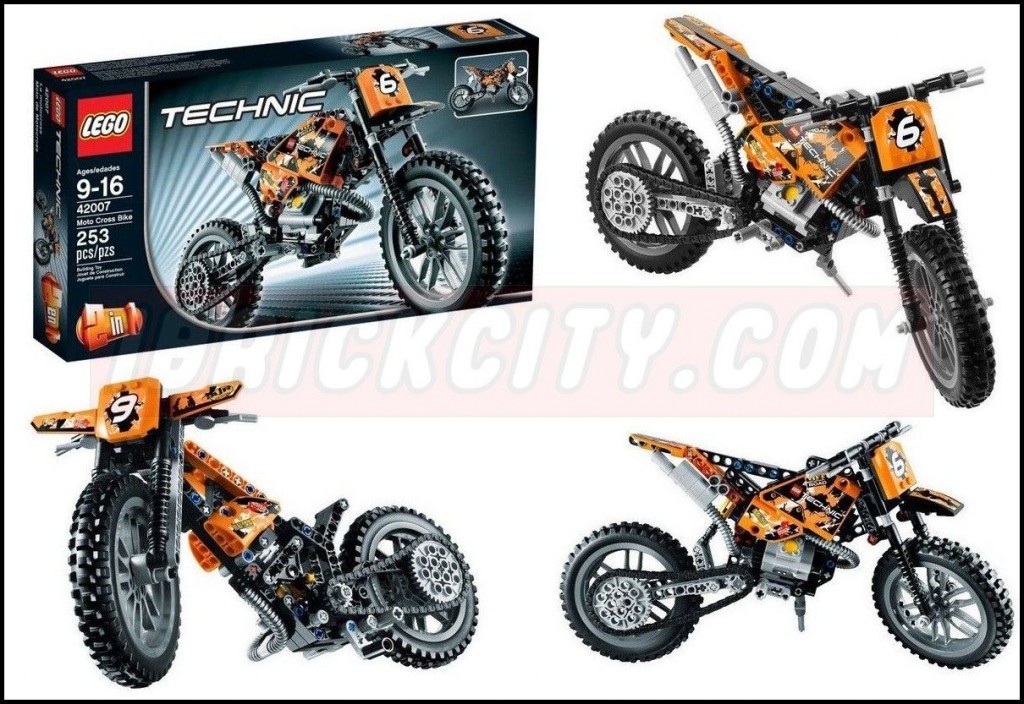 Overall, I guess that there isn’t a single detail that hasn’t been forgotten. The bike has suspensions at the back and in the front that are cleverly a help for the bike in order to to have an outstanding performance crossing almost every obstacles. This work suspension is mostly visible if you push the bike down with a little strength. Besides that, it also has a nice kick stand every time you want to park it, which obviously happen most of the time. 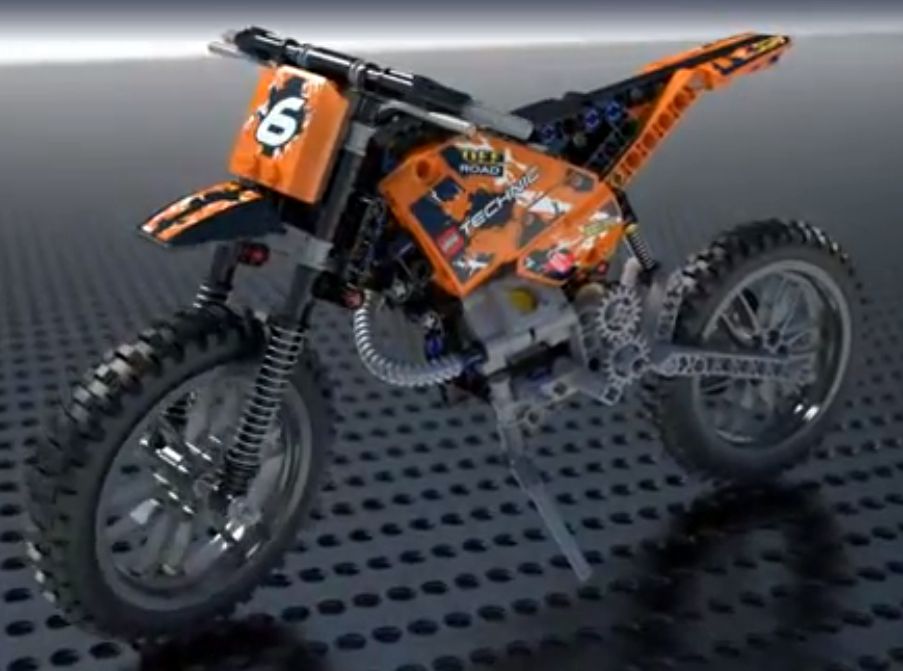 Another huge feature is that whenever the bike runs forward or backwards, the engine yellow pistons move up and down giving the motorbike a very realistic look. But this is not the only part that moves because if we have a take a deep look there is a bunch of pieces that are all connected and whose movement is triggered by the rear wheel. 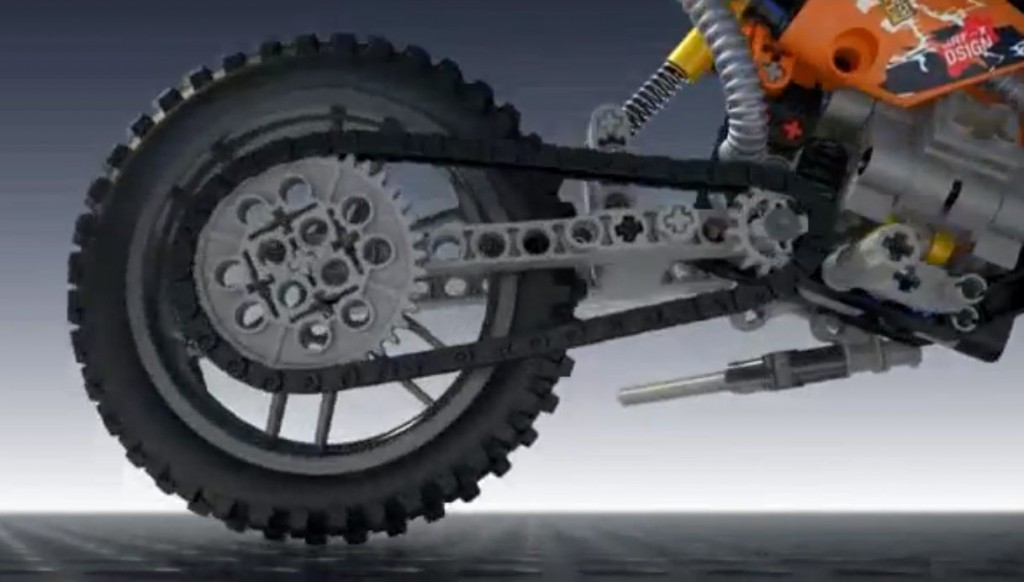 Starring by the black chain drive, that is made with exactly thirty nine small pieces, connected to a central shaft that is attached not only to some gear pieces but also to the engine giving an authentic or real look to the bike’s mechanics. The all terrain rubber tires are also another added value and give the bike the complement for an outstanding performance. On the other hand and looking at the orange carnages, there are stickers everywhere, no printed pieces this time, but the final result in terms of visual impact is really very good. 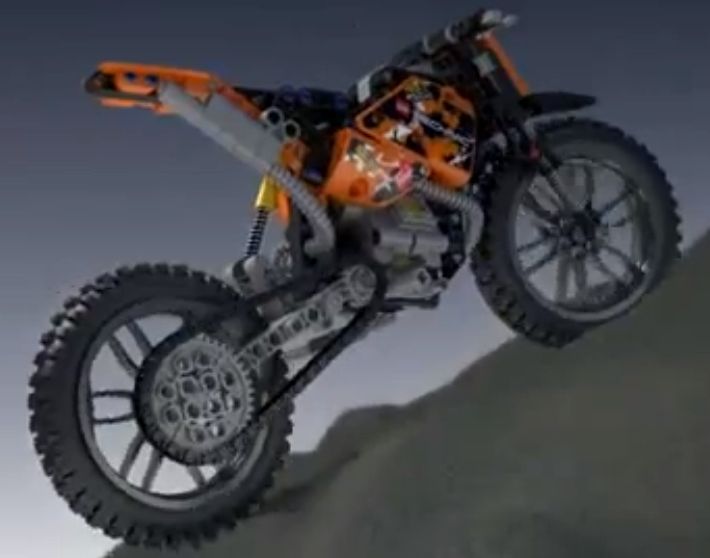 Globally this set is a must and even for those who are not particularly familiarized with the technique sets, this motor bike is surely a must have. The forty dollars that it costs might be an obstacle to its acquisition but I guess that all its great features will definitely overcome that issue. If necessary the instructions can be found right here: