Next summer, the Amusement Park will surely present some new awesome sets and this Space Ride will definitely be one of them. This new Friends set has exactly hundred and ninety five pieces and features a carousel with three space ships, a small ticket sale stand that includes an ice cream cart and Olivia as the single mini-doll.

I like this carousel! It’s quite simple but it shows a great touch of playability and it will fit perfectly, as a good complement, nearby, for instance, the new roller coaster. Built upon a purple base it has a simple technic structure that not only is responsible for the rotation mechanism but also holds the planes to the carousel. 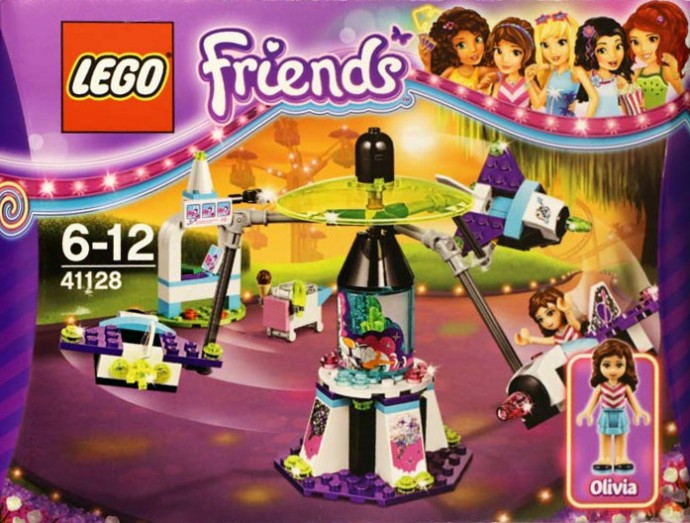 The central tower is very pretty mostly thanks to the blue transparent cylinder with some beautiful transparent rocks inside. On top, there’s also a yellow round dish that covers most part of the center. For last, the best part, the three space ships! They are similar in terms of size and features, showing a good central seat for the girls and the possibility or turning around in different angles!

The ticket stand is rather small but has the essential: a cash register, some money and best of all, a digital camera on top to take some photos to the costumers while they’re enjoying their ride. The ice cream cart wasn’t forgotten either and it’s definitely a great accessory to the sale kiosk. 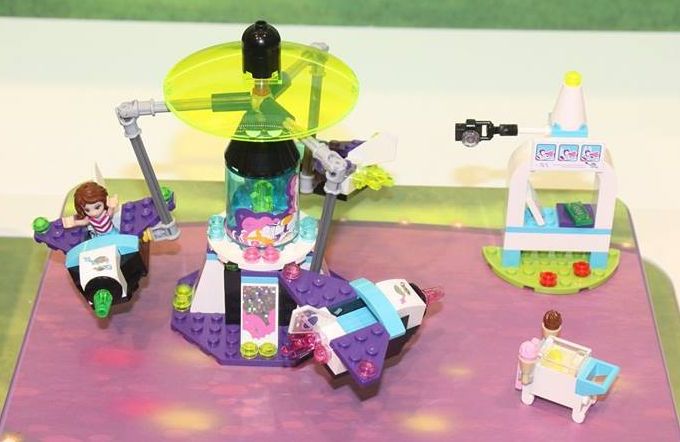 Overall, this looks an interesting deal with lots of colors and a bunch of playability. The only con that I would eventually point is that it probably should have two mini-dolls, instead of one but I’m sure that Olivia will absolutely take care of the business! The set should be available next June with a retail price around the twenty dollars.