The Heartlake Private Jet is a new friends’ set that will hit stores in the beginning of June. The set has only two hundred and thirty pieces and I think that is incredible how a jet can be built with such a small quantity o bricks. Besides the plane, the set features also two mini-dolls (Olivia and Matthew) and a couple of minor elements such a metal detector and an x-ray machine.

The only explanation for that is the fact that there are multiple parts of the plane that are big single bricks such as for instance the nose that looks considerably long and at the first glance, easily detachable and for that, all that’s necessary is remove the small piece placed just on the top. 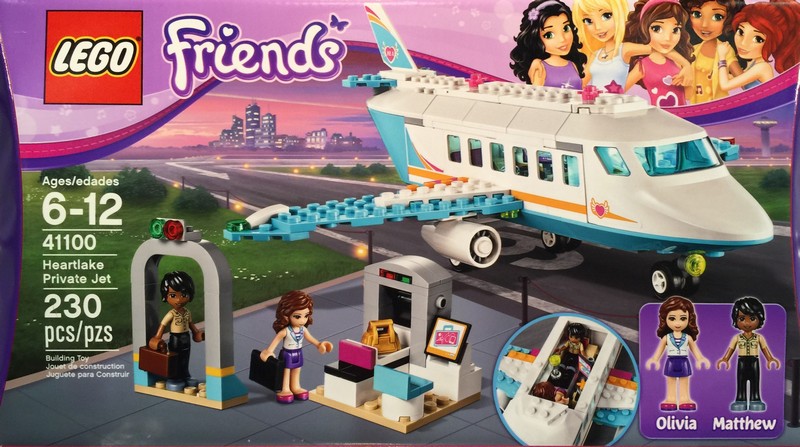 It will certainly increase the cockpit access and improve playability. But the best part is that the entire roof is also easily removable showing, as you can see through the set box picture, two really nice seats with all the comfort for the passengers, including a small table in the middle with a flat screen and a few drinks to enjoy. 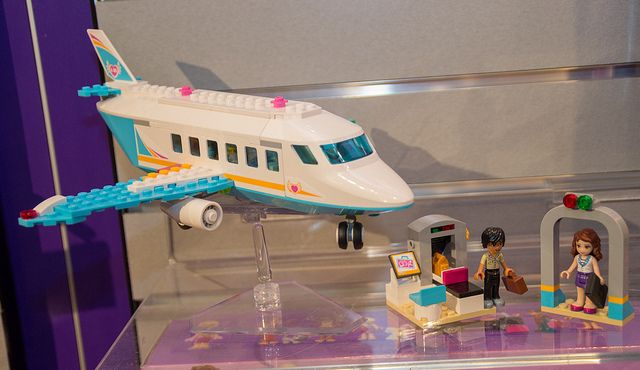 The wings seem also considerably wide and have the motors mounted on the bottom, next to the major structure. The landing gear looks also very simple, using the traditional three little wheels and at the back, the tail using a single blue brick seem a bit straighter than the usual. There are colored stickers all around it which in my opinion are completely dispensable.

The metal detector is basically a grey arch with a couple of lights on top but the x-ray machine looks definitely more complete. It features besides the conveyer belt and a small screen where all the objects that pass through the x ray are displayed. The two mini-dolls seem nicely dressed and both bring a couple of suit cases. 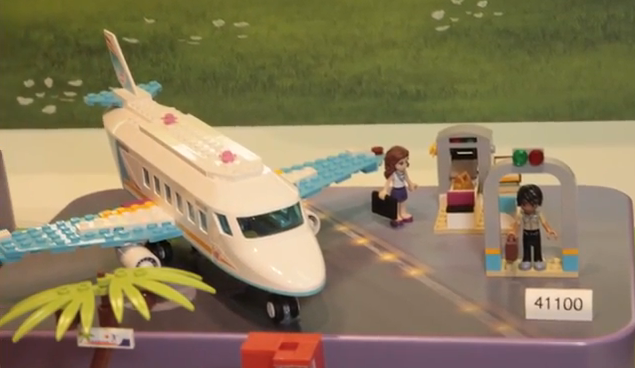 Overall for around twenty five dollars, this looks a pretty nice Friends’ set to achieve. And if we add the fact that the plane looks really cool and the playability potential is in a high level, then I think that this is really a must for the Friends fans. Have a look at the pictures and enjoy!