The Heartlake Lighthouse is a new Friends set with almost five hundred pieces that features a beautiful lighthouse with an ice cream parlor next to it, a pink boat, two mini-dolls (Stephanie and Kate), a pink boat for the girls, a small island and a few additional accessories such as some ice creams for the girls or a digital camera.

The building looks really nice, having two different color schemes, one, white and pink, for the lighthouse and another with two blue shades, for the ice cream store. Despite being two distinct parts, the two are built in the same level, next to each other and slightly above the water level.

The ice cream parlor isn’t particularly big but inside it is possible to see through the glass door that there is some room for the clients, for a small sales counter and also for an ice cream machine. In the restricted area there is also a nice window that allows selling and promoting directly to the exterior all the store products.

Above the ice cream parlor, in the first floor, there is a small penthouse with space for what it seems a bedroom. Unfortunately the image’s detail isn’t the best so I’ll have to check out later this part which is also valid for the lighthouse that featuring the same height inside, doesn’t allow to see clearly all the details from its interior. Outside, the tower alternates between pink and white and on the top, the big yellow light that is protected with glass all around has also some barriers for additional safety. 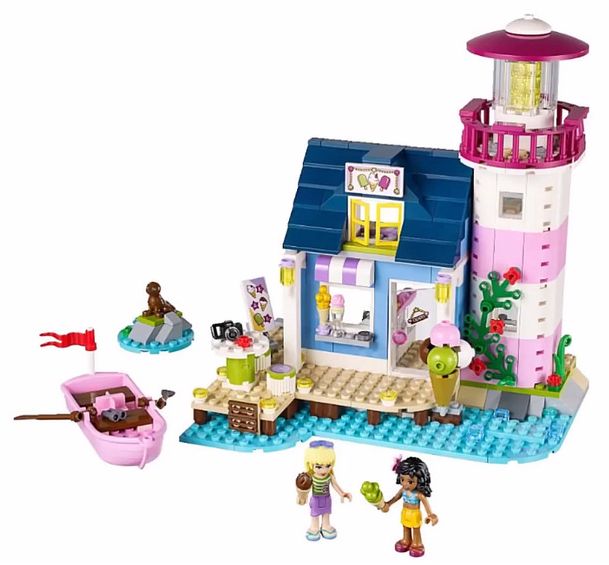 Returning to the water, in front of the ice cream parlor, there is also a small harbor with space not only for the pink boat, that besides the paddles brings also a binocular, but also, on land, for a table with two seats and a small outdoor announcing the ice cream sale. Finally, a small appointment for the big ice cream that is in front of the glass door, it looks simply great and at the same time looks extremely simple to build. 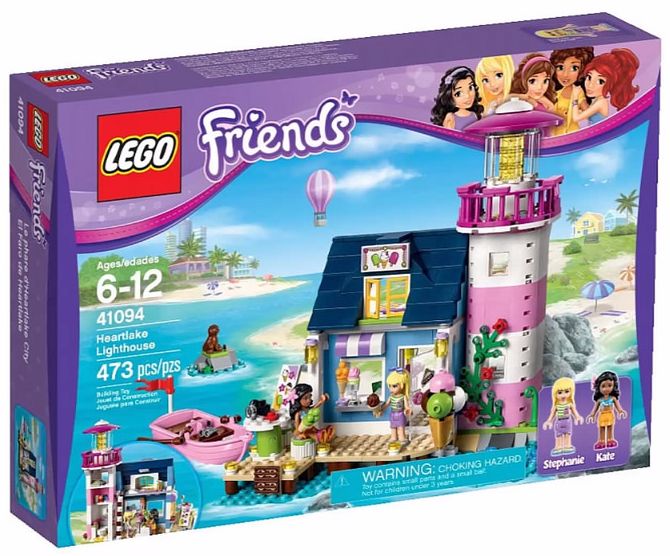 Overall I think that the Friends’ fans will be delighted with this set. The house looks very beautiful, just like the girls that are wearing, as supposed, some summer suits and also a few additional accessories in the hair. The set should start retailing next January with a price around the fifty dollars which is in line with the rest of the theme. Enjoy the pictures.