The Heartlake Salon is another Friends set that will soon be available on retail. Among three hundred and eighteen pieces, it features a hair salon, two mini-dolls (Emma and Natasha) and as usual plenty of accessories for the ladies such as a small cart, a round table with wigs and plenty of bottles, hairbrushes and mirrors.

The building looks very similar to other recent sets especially in terms of its structure. It’s built upon a couple of brown plates, it has plenty of glass everywhere and the back is completely open giving access to the inside features. 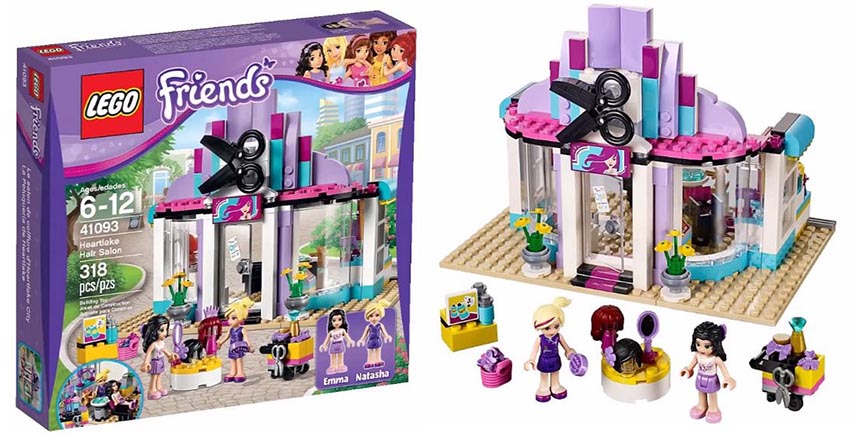 In terms of design, it looks completely symmetric, being the salon’s main door placed right in the middle. Outside it doesn’t have much stuff, showing only besides the two small steps, a couple of potted plants. Above the door, there’s also a small outdoor that looks quite appellative despite being a sticker. The roof is mostly built with purple and blue bricks and has a big black scissor that will definitely call the costumers’ attention! 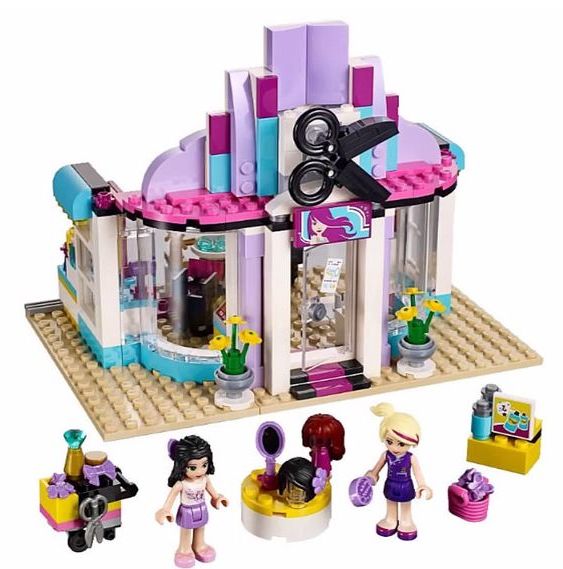 Unfortunately there aren’t clear images from the interior, however through the set box we can see a big black hair salon chair, with a washbasin next to it and a bunch of different accessories for the hair dressers such as scissors, a couple of hair dryers, combs, a mirror and even a small cabinet with bottles. On the opposite edge it is also possible to identify a small cash register. 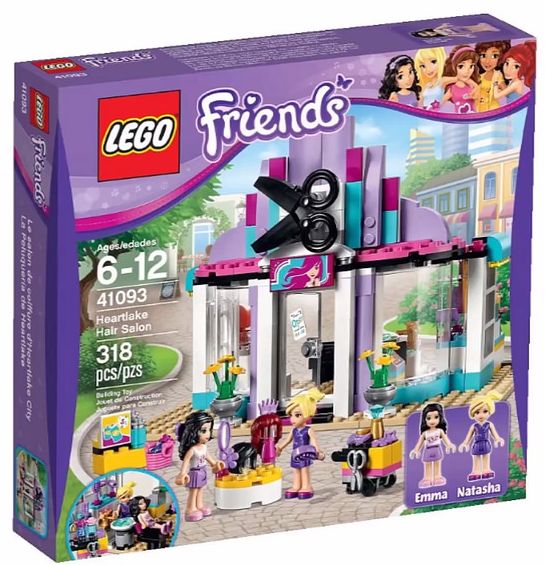 Overall it’s another great option for the girls to get a new building for the city. It’s not very big, so it won’t be too expensive and the mini-dolls look once again very pretty. With a released date expected for the beginning of the year, it should appear a bit early in some markets with a retail price around the thirty dollars. Enjoy the pictures!