The Animal Care clinic is a new friends set that will soon be available on stores. Just like the rest of the theme, it brings a lot of color and a lot of stuff to play with besides the clinic, namely, a mini-figure (Mia), a cart, a small outdoor, a garden with a nice swing for the animals, and a cabinet with a couple of tools.

The animal clinic is built upon a sixteen light brown plate that, at the first glance, gives us the idea of the real size of the building. Outside it has plenty of different flowers, a small lamp and in the top of the roof (which has different color layers) there is a nice purple cross, indicating that we’re in presence of a clinic.

There are lots of glass everywhere, including the door and inside, through the available images, it’s possible to identify several elements such as a small computer I, a flat screen, a bed for the injured animals, and a cabinet with some packs on top. On the opposite side, which is totally opened, there are also a couple of additional features that unfortunately through these images aren’t clear enough to identify. 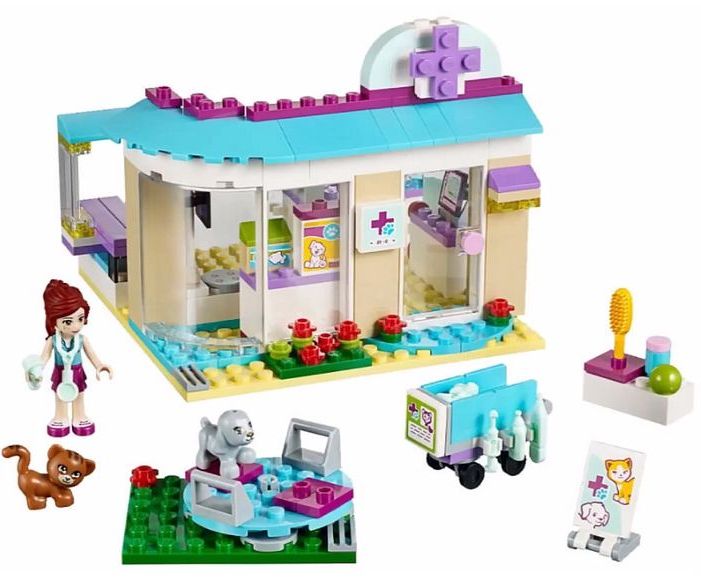 The small carrousel for the animals, which is mounted up on a garden plate, seems to spin fast and has place for two. The cart has on each side three clips where several medical tools can be stored. Mia on the other hand is, as always, nicely dressed and brings a stethoscope to auscultate the pets. 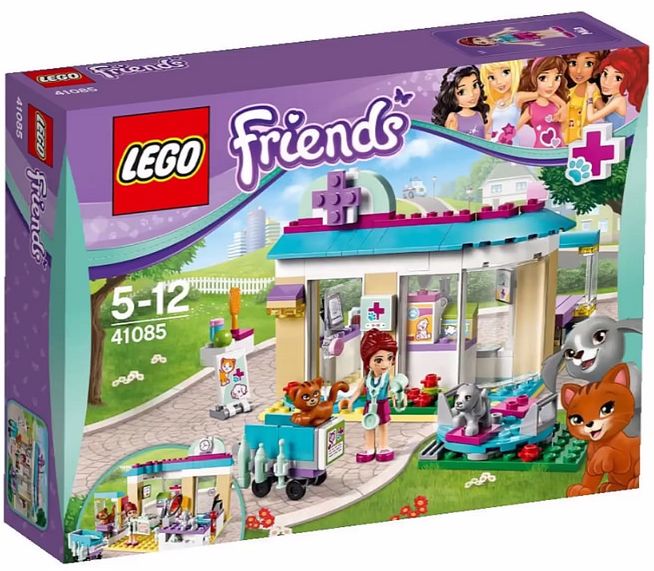 Overall, with a bit less than three hundred pieces and a price around the thirty dollars, I cannot say that this is one of the most enthusiastic sets that I have ever seen. However, as always, it brings a lot of stuff for the girls to play with and I’m sure that they will certainly love it!