Naida’s Epic Adventure Ship is a new Elves’ set with exactly three hundred and twelve pieces that, I’m must confess, I’ve been highly pressed by someone in order to buy it quickly… This ship which that has been particularly very well received at home features besides it, two mini-dolls (Aira Windwhistler and Naida Riverheart) and a white shell – this looks at the first glance a very rare brick – surrounded by water with a blue key inside.

The ship, despite not being very big, is all built with plenty o small bricks, which explains the considerable number of pieces used in such a medium size model. The different color shades used are also very balanced and the mix between the blue, purple and gold is surely a happy combination. 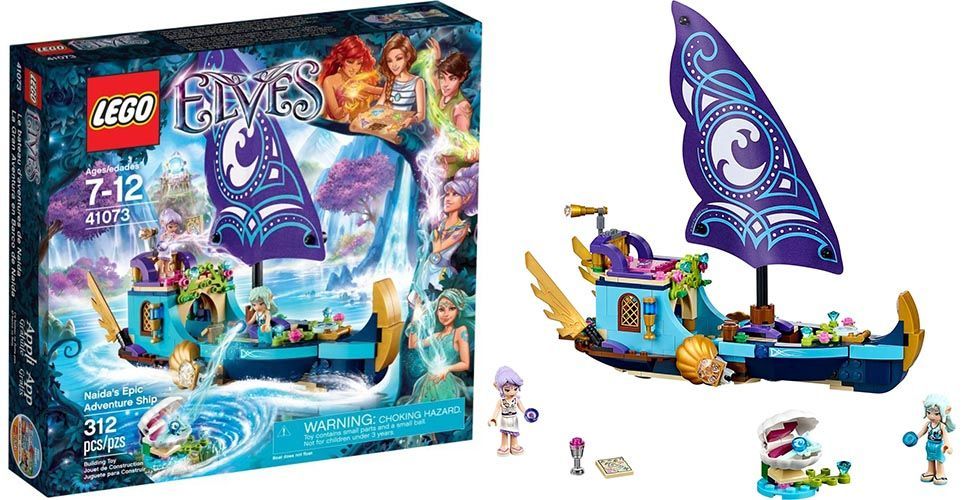 In terms of design it looks very detailed but all the main part of the ship can be easily identified. The bow looks quite narrow compared to the rest and just in the middle of the deck a small technique structure, which includes the helm, is prepared to receive the big sail which includes the several beams until the top.

Next to it, on both sides, there are two golden shells which can open ninety degrees, forming a sort of platform, probably to help the elves reaching the blue key. At the back, the cabin is once again quite detailed and features inside a couple of accessories for the girls. Above this, in the bridge there is a large space with a nice pink floor with a gold binocular to observe the horizon and find the white shells with the keys. 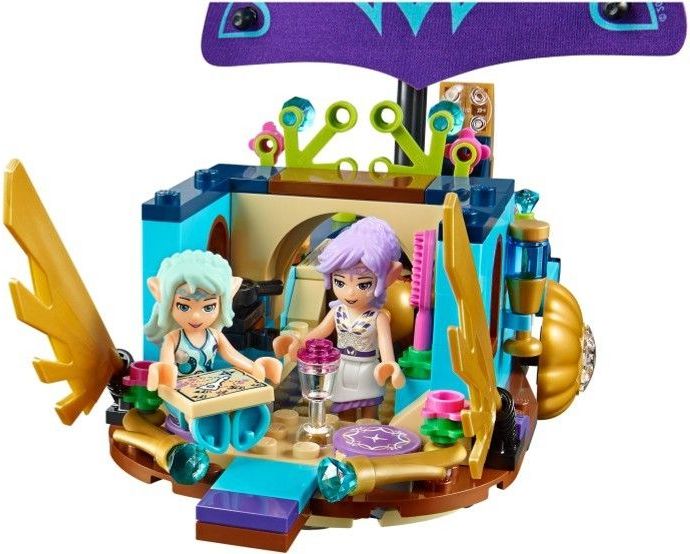 Finally, the stern is completely open which not also increases the inside playability but also allows to add a small board for some nice dives. The Mini-dolls are nicely dresses and just like in Friends they also bring all those holes in the hair to attach the different accessories. Overall the set looks very nice and I think that not only this ship, but the entire theme has everything to be another success. It will it stores next month and should retail around the thirty dollars which looks definitely an excellent deal. Enjoy the gallery!