Anna & Kristoff’s Sleigh Adventure is a new Disney Princess set that will be available in the beginning of 2016. From the Frozen subtheme, it features a beautiful Trading Post with lots of different elements to play with, two mini-dolls (Anna and Kristoff) with an endless number of accessories (that include a perfume bottle, two cups, an ice block, an ice pick, a banjo, skis, money, some carrots and a rucksack – that definitely a lot…) and Sven the Reindeer with a big sleigh with space for the two guys.

The two major ideas in terms of playability are having a nice sleigh ride with Sven or play with the Trading Post in order to shop some goods for the cold winter. And for both, I would say that there’s a lot to enjoy.

The Trading Post is just a small building with the front wall but inside it has space for balcony with a cash register and a bag of carrots on the edge. At the corner there is also room for a box with two blue skis. The front looks quite cozy with a small carpet at the door and some flowers below the golden window.

The sleigh seems considerably big, compared with the rest. It slides on two known pieces, commonly used on small helicopter’s landing gears and on top it shows two big seats for Anna and Kristoff and space for a couple of mugs. On the edges the two additional clips allow to carry a torch and a pick. Sven looks very friendly and he’ll definitely pull easily the sleigh thanks to the usual trailer piece used on carts that will attach on his back. 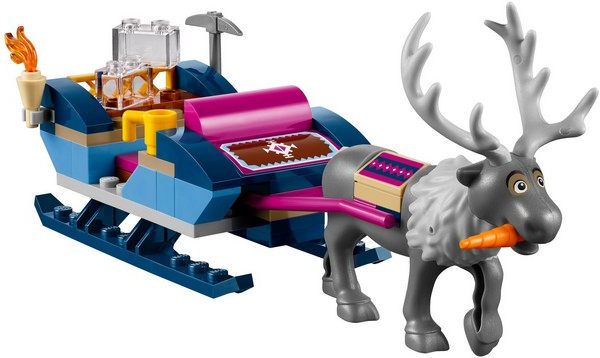 The figures are nicely accurate and Kristoff has even a brown banjo to play some songs. Overall this looks a fantastic Frozen set with lots of nice and different features to play with. The only con for me is the price, that should be around the thirty dollars which is a bit overpriced, in my opinion, according that we’re talking about around hundred and seventy pieces. Have a look at the pictures and enjoy! 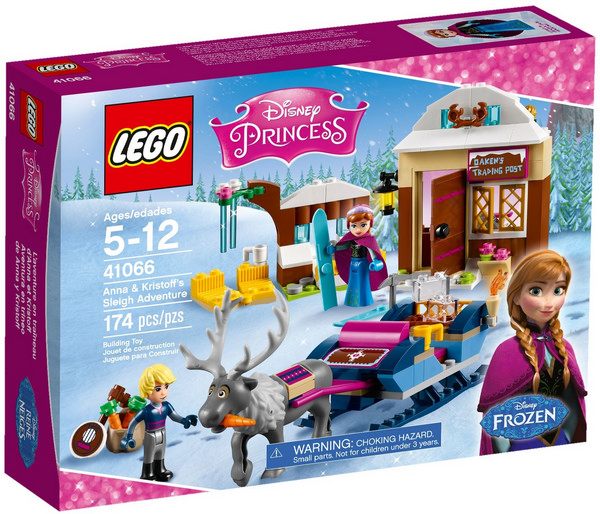