A gigantic ship is about to arrive to the friends theme. This huge cruiser is simply awesome and as you can see through the picture, it has three levels, a big bow with a great leisure area and an awesome aesthetic   All this exciting features are built among a color combination where the blue and the white predominate.

The Dolphin Cruiser, besides the ship, has also a jet ski and four mini-dolls, a boy that in this second wave of friends will be a presence on several sets, and three girls which unfortunately are still unknown. The number of pieces is not known yet, but according to the price, around seventy dollars, I would say that it’s expected something around the five or six hundred. 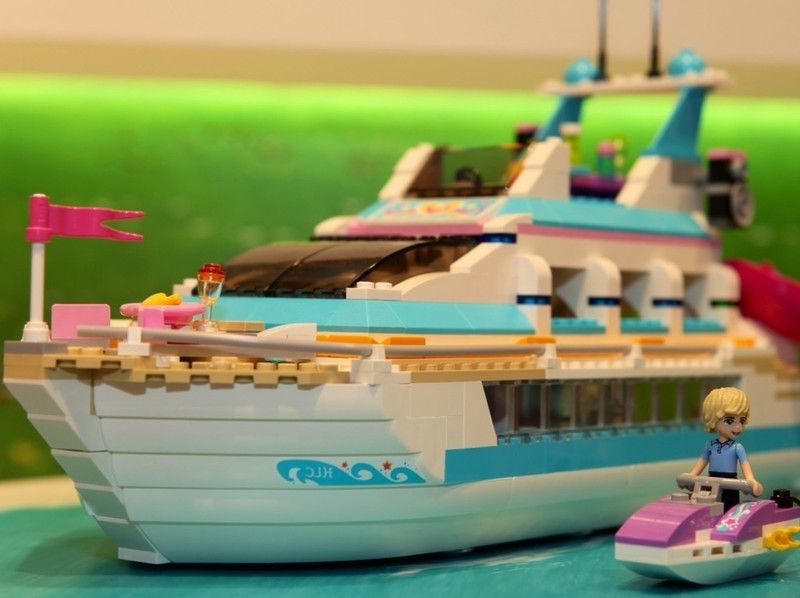 The first level, that is simultaneously the deck, is built over a white platform and in the middle we can see that there is a long glass window, from where we can expect a big room with lots of animation. The second level is quite surprising not only because of the long gangway all over the ship but most of all because of that long windshield that follows all the entire aesthetic. 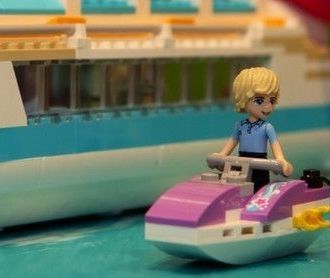 The jet ski is rather small, compared to the ship, and looks similar for instance to the one used by Kate on the Water Scooter Fun (41000). Globally we can expect a big evolution of the old Luxury Cruiser (5848), because it is bigger, prettier and definitely rather detailed. It is planned to be on stores next August. Meanwhile, have a look at additional pictures: