For about ten dollars, this set surely brings a lot of fun and playability for the girls. Stephanie has the pleasure to present its puppy, Scarlett, and a bunch of nice features for training. This colored set includes a soccer goal, a shooter with a white ball, a grass plate with four orange cones and a resting place which is the set’s biggest element.

The big soccer goal is rather simple to build and considerably large according to the little puppy’s size and it surely a pity that it doesn’t have a net attached in the back. To train hardly Scarlett, Stephanie has at her disposal a very simple shooting mechanism made with three technic pieces. 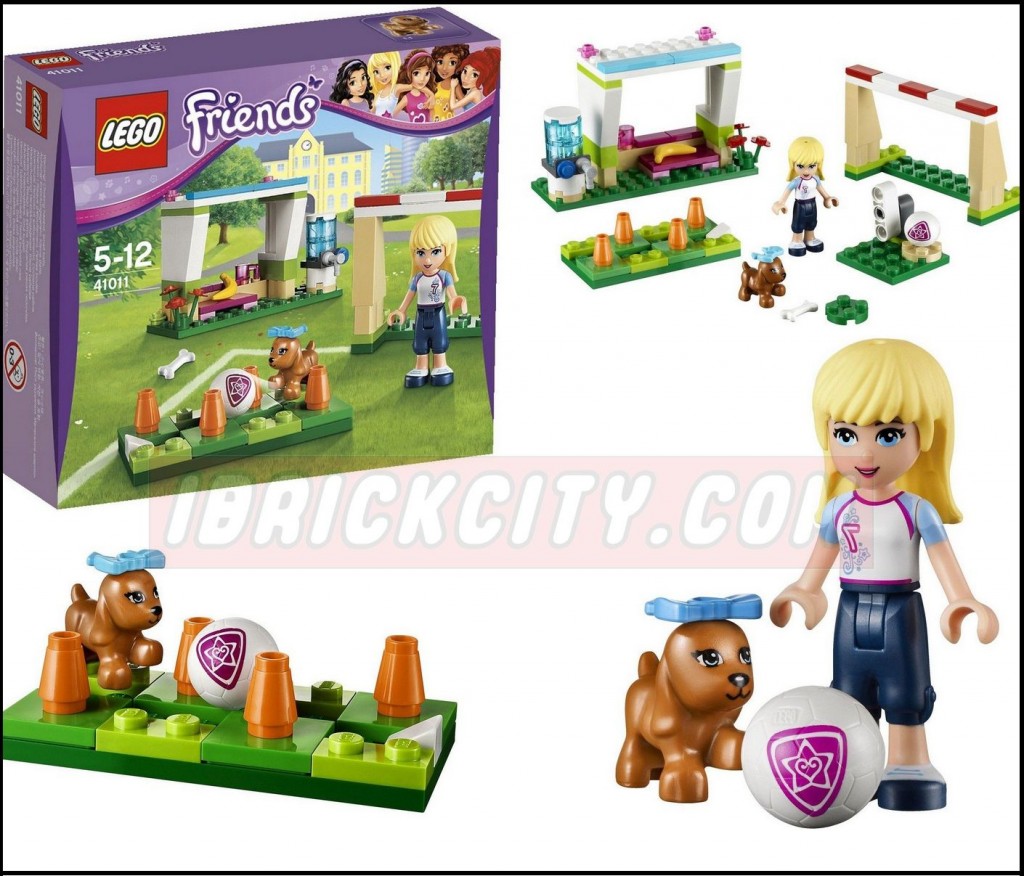 All you have to do is to aim the ball, which is greatly accurate as you can see in the pictures, and trigger the little grey pieces. This is surely great in terms of playability because at least two girls can amuse themselves with such a simple and cheap feature. If the puppy stops the balls, Stephanie has a nice bone to present it, every time it defends it. 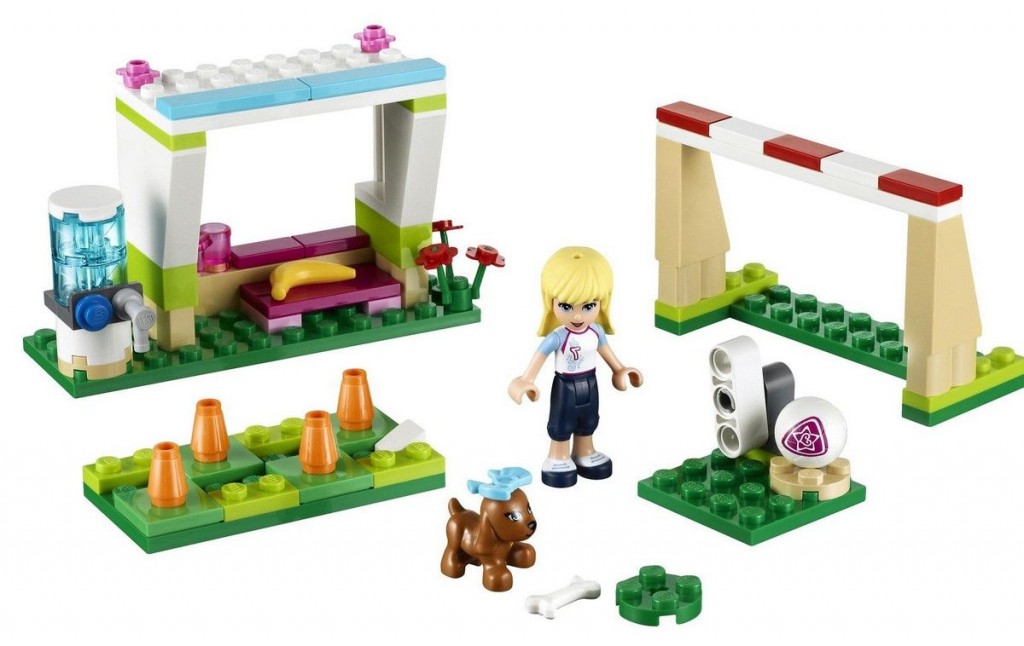 Alternatively, the orange cones will be a good obstacle to the puppy, every time Stephanie wants to train its quickness and agility. The four cones are placed on a grass plate and strategically distributed in order to difficult the poor puppy’s life. 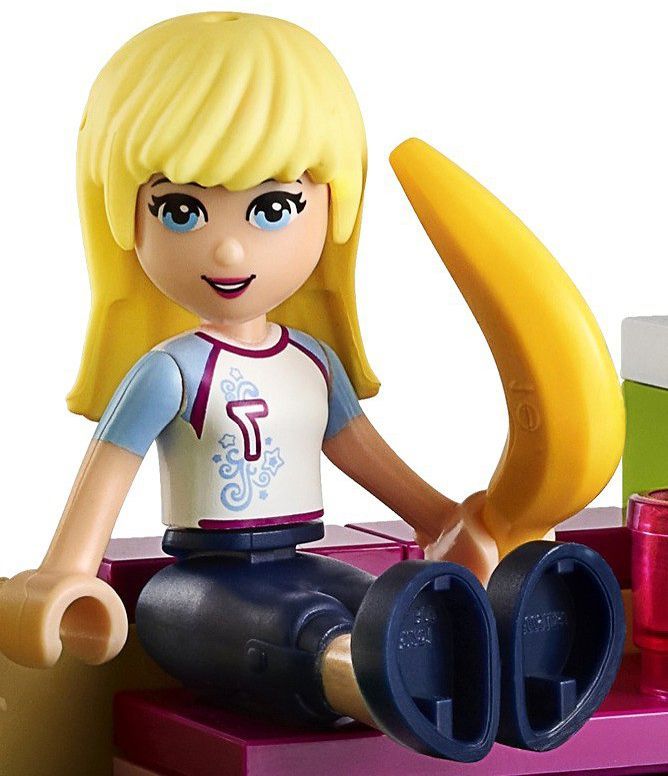 When the little guy or Stephanie gets tired, they can rest on a nice bench just below a white and blue shade. If anyone of them gets thirsty or hungry, there is no motive to be worried because there is a nice yellow banana for Stephanie and fresh water on the cooler that is nearby.  There is even a beautiful and unusual rose cup for Stephanie. 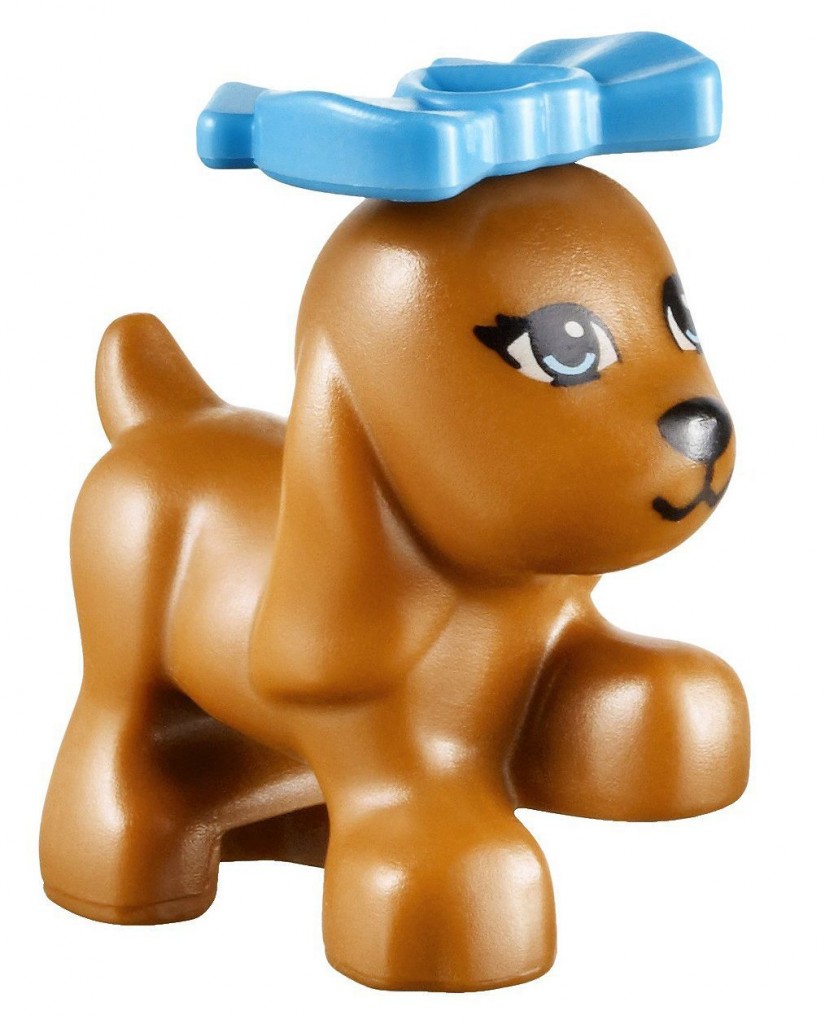 Globally for such a small price, this set is really very nice with plenty of nice features and details and I have no doubt that the girls will love him. Please have a look at some additional pictures.