The Heartlake High is the second biggest set of the Friends Summer wave, only surpassed by the Dolphins Cruiser. It has almost five hundred pieces and includes the Heartlake High school, three mini-dools which are Stephanie, Matthew (this one is new), and Ms Stevens, their teacher. Besides them, the set has also a nice basketball hoop, a big study bench and table and finally a new blue bicycle.

The building is made mostly with yellow pieces that combine on the edges with two different blue shades which definitely gives it a very pretty look. At a first glance we can easily see that the high school has four distinct elements that thanks to a couple of technic pieces and respective pins are easily attached to each other.

But better than that, and just like the modular buildings, these four blocks can easily change of position, providing the building multiple configurations. On an extreme option I guess that we can arrange the modules in order for the building appear with only a single level! On the other hand the roof or even the all higher block can also be placed at its left giving the school a complete different shape.

Having a look at the different rooms of the building we can easily identify a bathroom, the entrance, a big classroom and finally a sort of studio. The bathroom is clearly the smallest, it has a big white door with a WC sticker and inside there is only a white toilet with a light grey sink! Looking at the other three parts I must say that is amazing the number of details that they have. 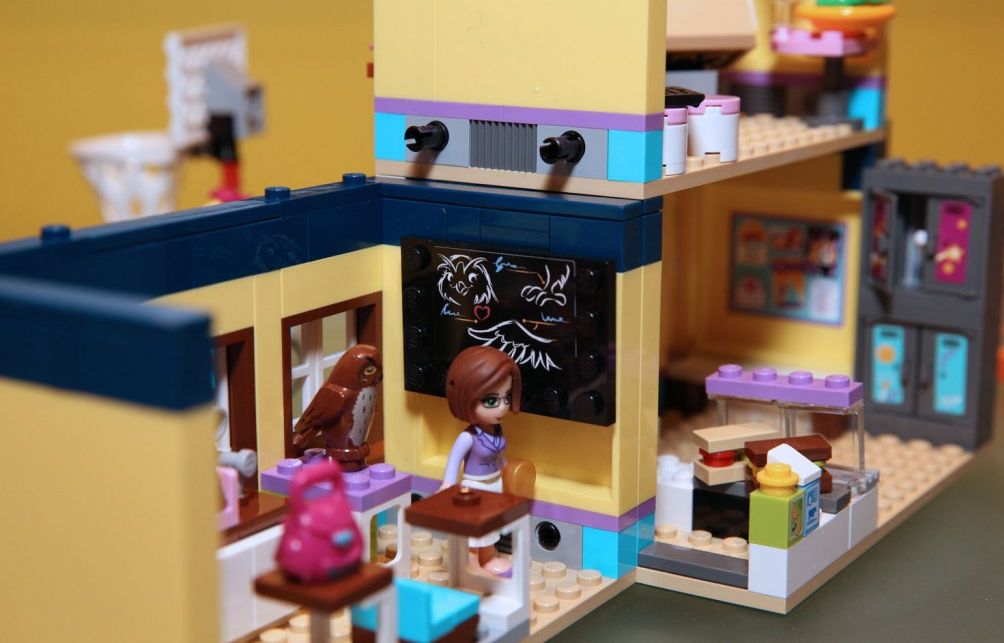 The entrance has a couple of white doors and definitely looks spacious. Inside we can find some lookers at one of the sides and a small cafeteria on the other, with a bunch of nice things such as sandwiches, drinks and obviously the cash dispenser. On the outside there are a couple of flowerbeds and a big sign saying High-school.

The class room has three windows and the some number of flower beds with flowers of different colors. Inside there is everything that a classroom should have: three tables and respective seats, one for the teacher and the other for the students, a shelf with some books, a green jar and even a nice telescope near one of the windows. The all class has a bunch of nice different colors, as usual in all the friends’ sets! 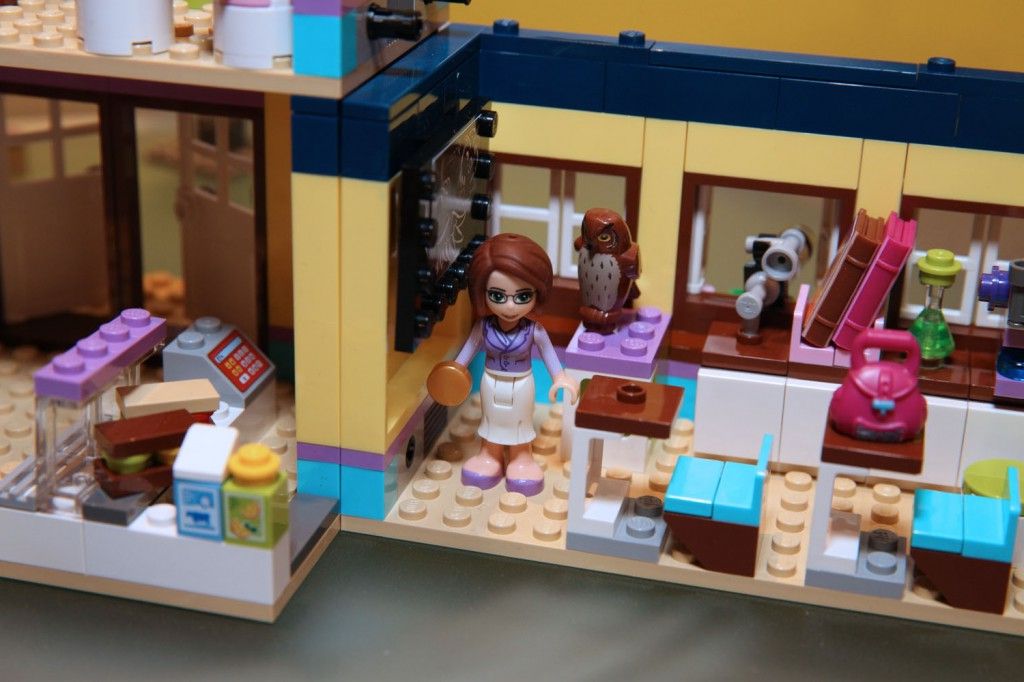 Finally we have the art studio which is also pretty nice. Although it has the same size of the class, through some pictures it looks smaller perhaps thanks to the multiple features that it has inside. Have a look, we can easily find an electric guitar, a laptop, an art stand that besides turning around has a nice painting of flowers that is based on the jar that is placed next to it. There are also a couple of pink seats, a small cabinet with two drawers and four small ink bottles. I guess that the student will have plenty to amuse themselves! 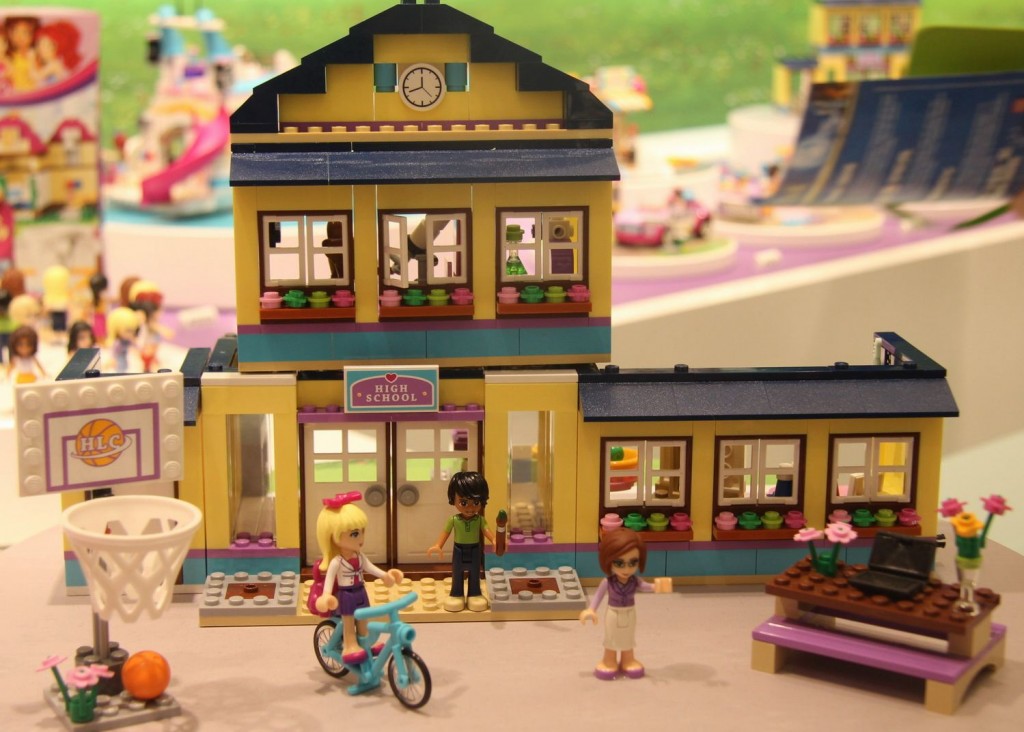 Globally this is surely a nice building to add to the city. It’s been a while since Lego released the last school building and this one will try to fill that important gap, at least until they remember to release a City one! The fifty dollars that it will probably cost look reasonable according to its number of breaks. Please have a look at the extended gallery: