Emma’s Karate class is a new Friends set, recently released although it was only referred for 2013, with less than hundred pieces which makes it as one of the theme’s entry set. And for ten dollars, it surely is a very pleasant set with plenty of different colors, nice details and a minidoll that is this case is Emma that I think it is exclusive of this set, at least in this first 2013’ wave.

In this little set we can easily identify four different elements that can be placed of built with a regardless order and most of all as a complement of other bigger sets. 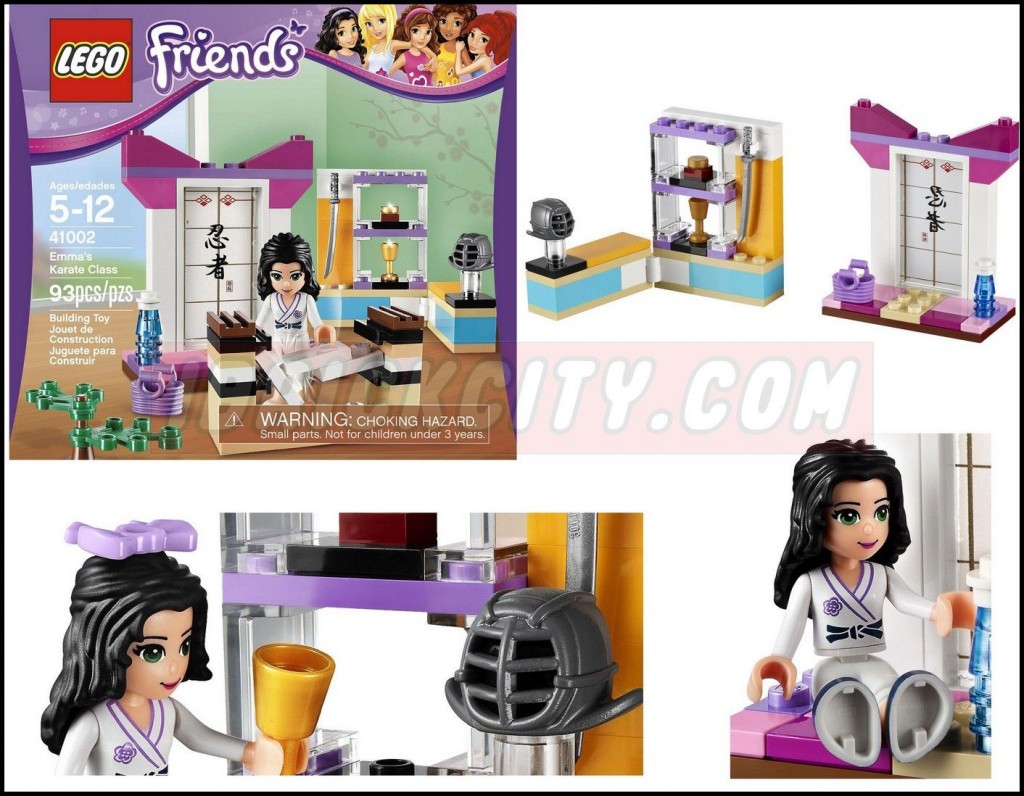 There is a big vase with a bonsai (or something like that…) , a stand built mostly with brown pieces of different shades that holds a white board – which as you can see through the pictures is extremely easy to break – for practice some karate exercises, an oriental division made with a white curtain and a small quarters that includes a couple of mirrors and places to store the training material. 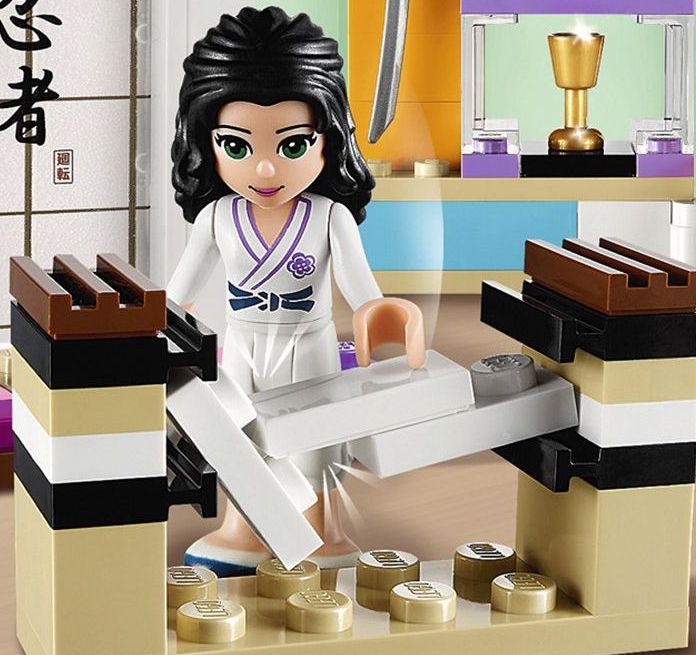 There are, as usual, plenty of nice accessories for Emma such as her purple suitcase, a big sword and a grey helmet, a cream jar and even a victory trophy. For the minidolls fans, Emma looks really nice with this white Kimono, or Karate suit, if you prefer.

For 10 dollars, I would say that the girls will love it not only because of its features but most of all because of its huge color’s diversity. Have a look at additional pictures in the gallery: