The Water Scooter fun is the smallest set of the 2013 friends theme with only twenty eight pieces. But I’m absolutely sure that the little jet will be a good addition to my Marina, just like Stephanie and its little ATV were. I had no idea that these little friends could be a nice addition to the city sets until I bought Stephanie’s Pet Patrol (3935), split its parts and joined them with other bigger sets.

This set is composed by Kate and its little water bike, and a little seaside jetty. In this small set I guess that we can even talk about a building experience because this Water Scooter Fun set is probably built in less than five minutes, but the little jet is quite interesting for such a small vehicle. 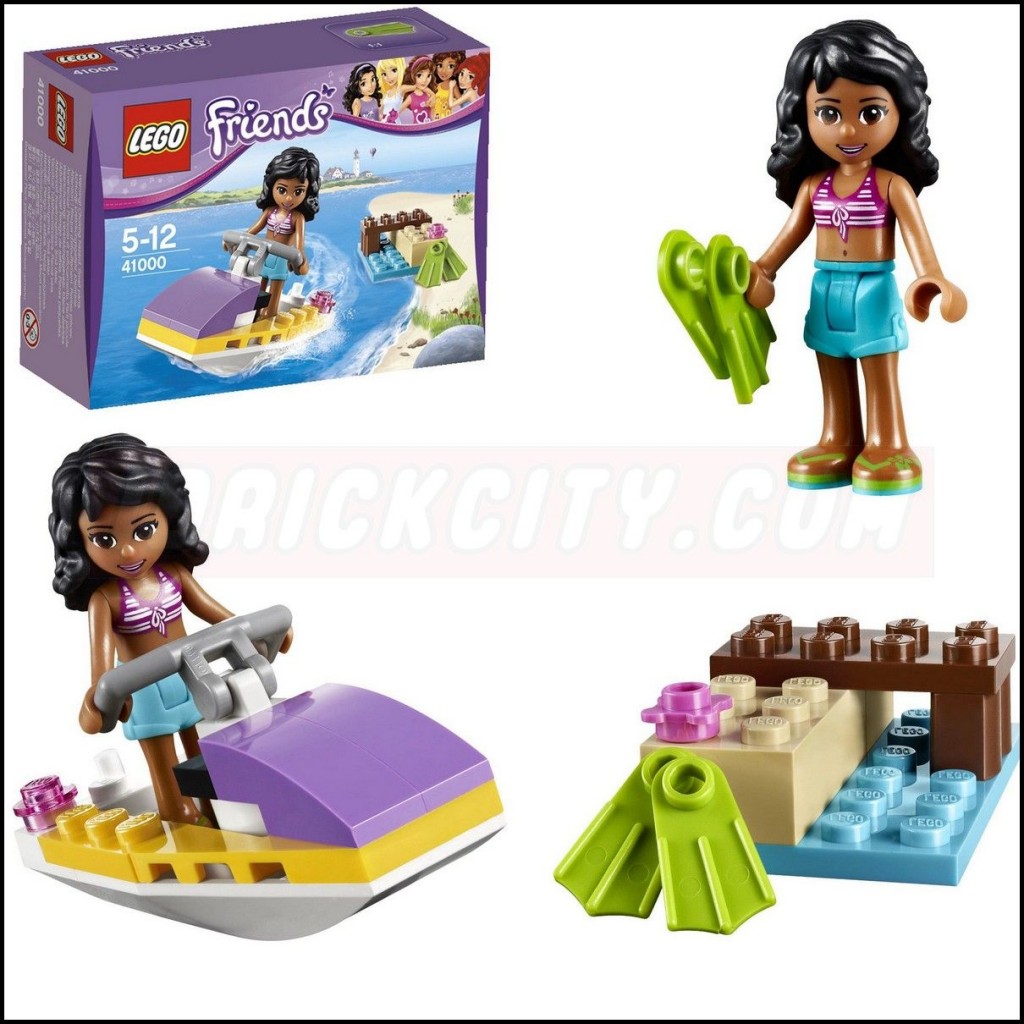 With a bunch of different colors, it has a good driving position for Kate, the handlers are quite realistic, being capable of assuming several directions or positions and the used piece is the same of the ATV mentioned above. At the back there is even space for a couple of rose lights and a pair of diver fins. 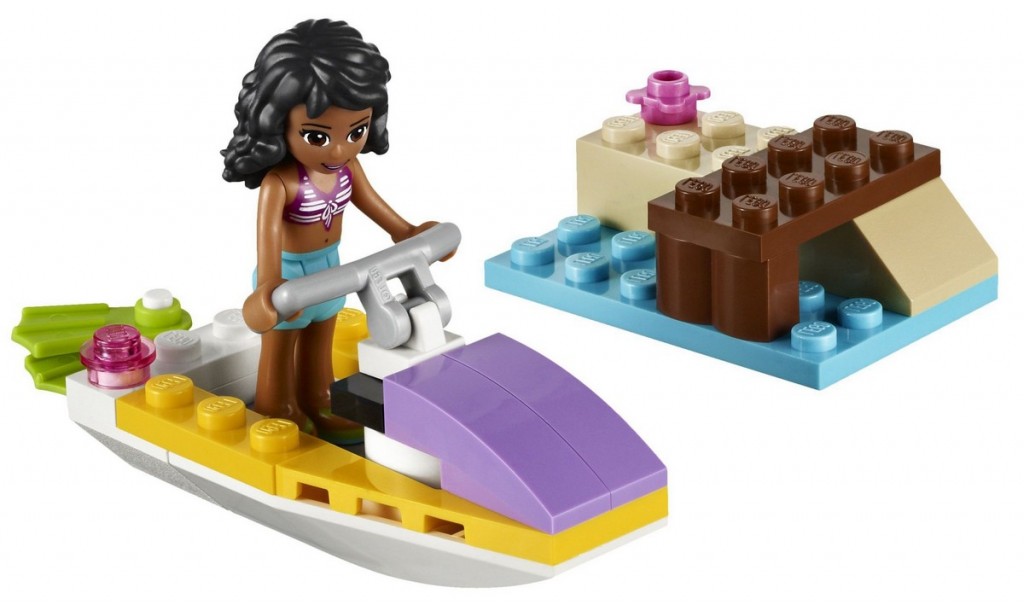 The nearby jetty is built up on a blue water plate and I’m sure that with such a small quantity of pieces it was hard to make it better. Talking about Kate, the little doll, she is really very pretty wearing a nice swimming suit. The set is already on stores and I guess that its price, around seven dollars is a bit high, according to we are talking about a thirty pieces’ set. If necessary, the instructions can be easily downloaded from here. 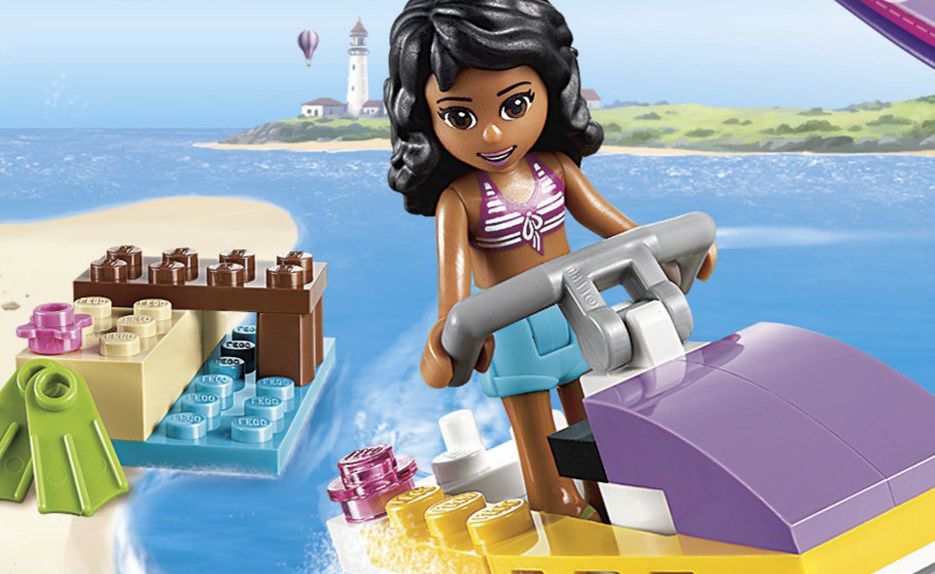 Please have a look at the gallery: