Just like City, it seems that Friends will have in the beginning of 2018 a new accessory set with lots of small elements for the girls. And looking to set box, which has an unusual shape, looks like that there will be plenty of useful stuff.

This new accessory pack has no mini-drools, just like City pack, and features a brick built swan, a small stage with a microphone and a couple of speakers, a park bench, a barbecue, a small table with a juice machine and some fruit, a rabbit, a ping-pong table and a swing with two smaller rabbits. 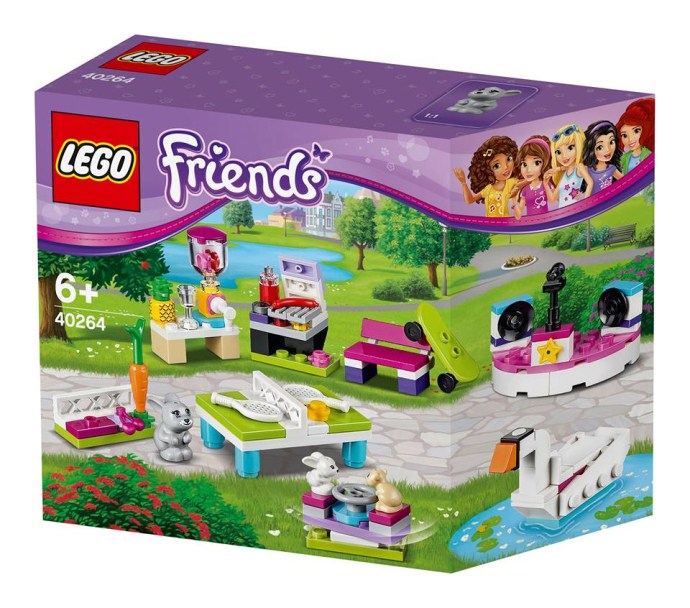 The set will presumably be available later this year, the piece count is not known yet but I would say that it won’t be very far from the hundred and fifty bricks, which will put it in a price range around the fifteen dollars.