Probably, I’ll never have the chance to put my hands on this beautiful small house but my first impressions about the pictures couldn’t be better. First of all, it’s a different concept that transforms a small house into a pencil pot, and second, the building’s simplicity definitely transports me to the vintage cottages and all its beauty.

This creator set is a Lego exclusive with exactly one hundred and seventy four pieces that includes, besides the small cottage with an unfinished roof, two mini-figures with a couple of accessories .

Having a look at the house, it’s a pretty small building with four blue square walls and an unfinished red roof with a small chimney at the back which will allow to store, pens, pencils and a lot more of stuff. The small garden looks quite simple but has space for a small path, a lamp, a flower pot in the 3window and some ladders to access the room. 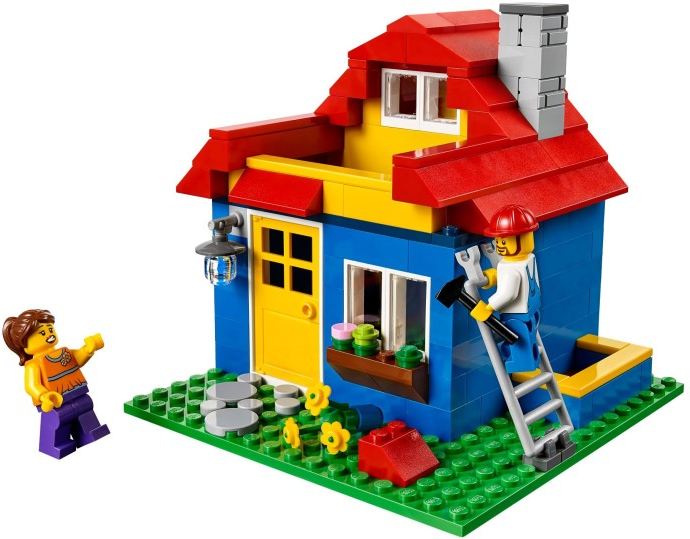 Inside the building, unlike the expected rooms with the traditional elements, you’ll find three small compartments to store the mentioned office supplies. The two mini-figures, a couple, are just regular city guys but seem pretty accurate with unusual clothes especially if we attempt to the girl. 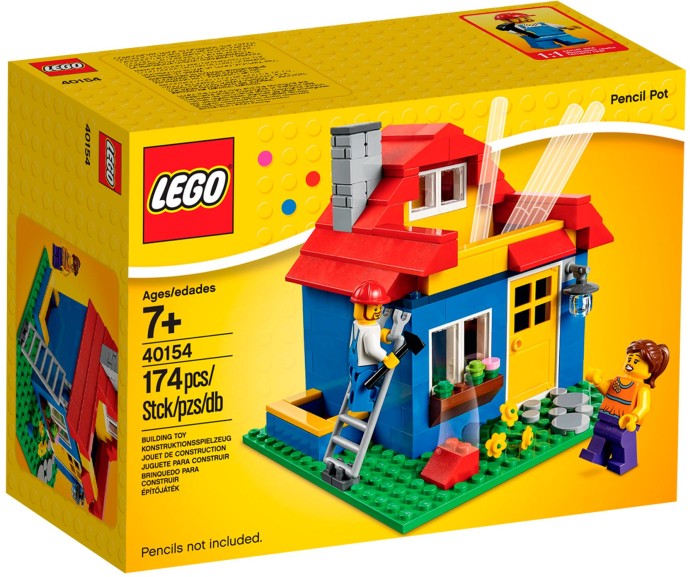 Overall, it’s most of all an unusual set. The house is pretty simple, the playability isn’t much but if you want to add a small touch of Lego to your office than I guess that this is a unique opportunity. The set is available on shop.lego.com and retails around the fifteen dollars.