The Tree House is another new 3×1 Creator set that will be released next among the second wave of Lego Sets- It has exactly three hundred and fifty six pieces which will be enough to build a nice tree house, to play with a bunch of great and different tools and accessories and an usual mini-figure! Besides the main model, the set has two alternatives: a small cottage and a sort of workshop.

Although its piece’s number is quite high, the building itself is particularly small and I guess that it might be explained by the big quantity of small bricks that it has. The two big trunks (one for the house and another for the nice balcony) are up on a big green plate and once again are built with several small bricks which is nice on terms of building experience! 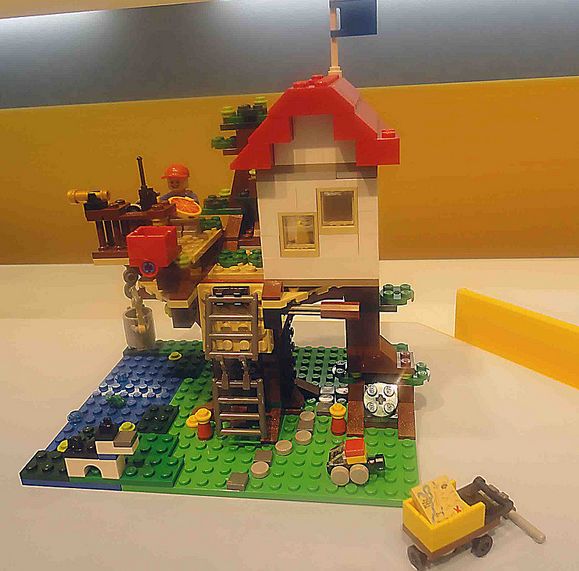 I would say that the fun is completely in outside because inside the three white walls there aren’t much things with the exception of what I think that is a small table (the pictures aren’t very clear in that question…). In the top, the small roof is slightly indented, giving place to a small penthouse.

Outside, there is definitely an endless list of nice features and different colors. The lucky guy has at its disposal, in the balcony, a nice monocular, a pizza, a walkie-talkie, a winch with a bucket to collect fresh water from the small lake, a red box on the edge and even a nice grey ladder (generally used on city sets) to climb up to the balcony. Just below the house we can also see a small handle which triggers a bobby trap. 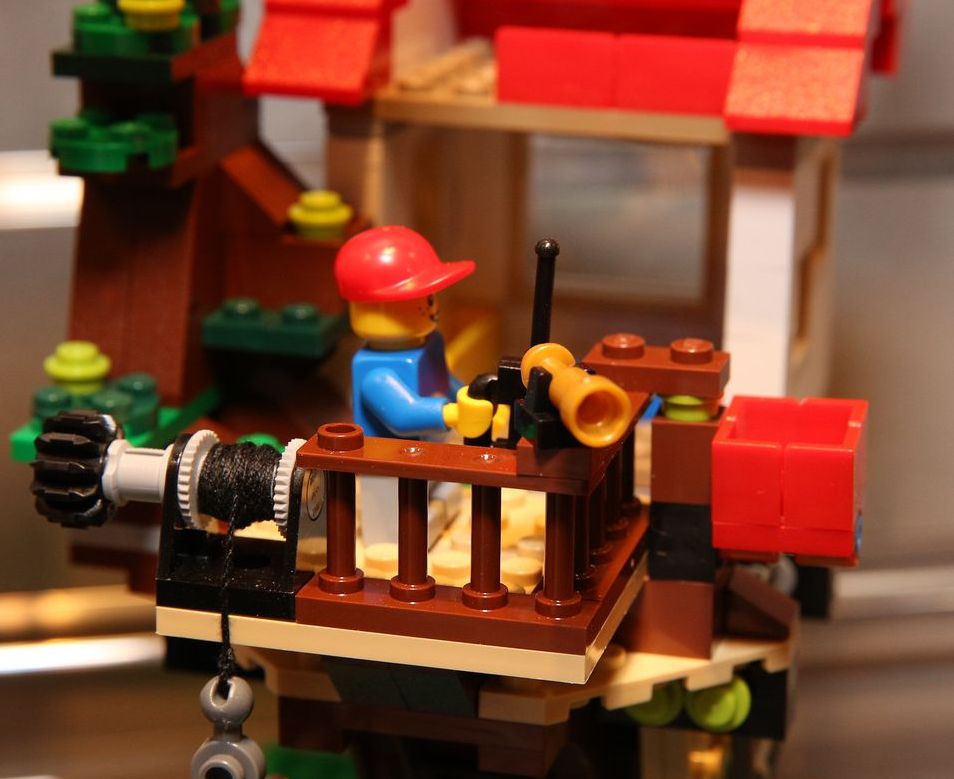 In the ground, besides the big lawn and the lake, there is also a small path, between the trunks, a cute wagon to transport small stuff, a buildable white dog, a small hiding in one of the trunks that has space for a 2×2 studs pieces that looks a map and finally a bunch of small rocks and flowers which give the set an extreme beauty.

The thirty dollars seem a fair price according to the huge playability and of course the reasonable number of pieces. Please have a look at some extra images: