A new Lego the Batman Movie polybag has recently been discovered in a Macau Toy store. The new Polybag is called Disco Batman – Tears of Batman and shows two version of Batman with some pretty unusual colors.

There’s no detail about its piece count but I’m sure that it won’t be difficult to find it out. The two variants will presumably be part of the movie and only there, we will understand (at least me…) why Batman is dressed like that! 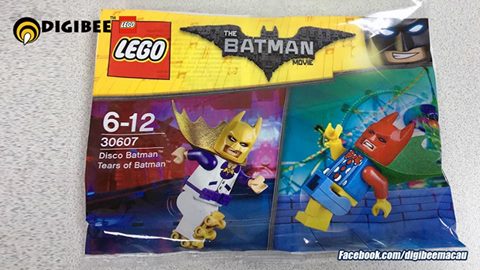 In terms of distribution,there isn’t any information, but probably it will be available, together with the other Movie polybags (Batman in the Phantom Zone, Joker Battle Training and Mini Batwing), by the time that the movie hits the theatres.