Another Nexo Knights polybag has appeared in the internet, joining the already known Knights Cycle (30371). This new polybag should have around forty pieces (perhaps a bit less) and features a nice miniature of the big mobile castle, The Fortrex (70317) with one of the theme’s Mini-figure, Robin.

The tiny Mini-fortrex seems to have all the major shapes of its bigger brother, namely the four towers, the big gate at the front and the four wheels in the base that will give it the mobility. Inside Robin has space to maneuver the castle and fire the stud shooter. 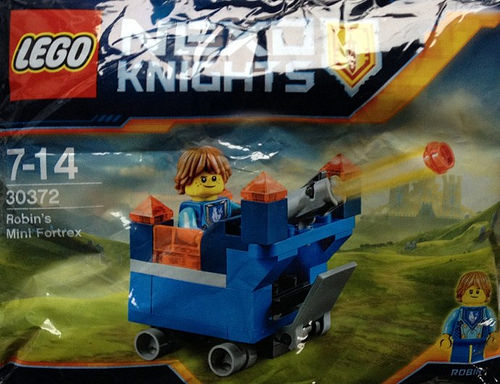 For now there is no kind of details about its price or availability but probably it will be on retail (let’s hope that it’s not an exclusive…) with the rest of the wave, next January.