The Nexo Knights sets are planned only for next January but it looks like that a new Polybag is hanging around somewhere according to the image that has been surfaced in the internet in the past hours.

The Knight’s cycle is a new Nexo Knights Polybag and looking at the picture, I would say that it must have around forty pieces, perhaps a bit less, featuring a small vehicle with a few interesting details namely the big central wheel, the couple of stud shooters at the front and the two small red exhausters at the back. 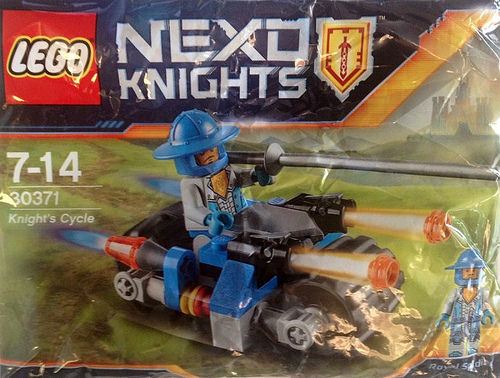 The Knight, with a blue and grey combination, has a detailed printed Torso and holds a big spear which looks really great. There no news about its possible availability but probably it will appear with the rest of the theme, in the beginning of 2016.