Sometimes I feel sorry that some small polybags aren’t always available on local stores or even in the internet. And this new City Refuse Vehicle is one these examples. It looks nice, considerably detailed and it would be certainly a nice addition to my town.

There aren’t no details about its exact number of pieces or possible availability on stores however through the picture we can see that besides the car, there is also a mini-figure (a city worker), two garbage cans and a couple of accessories (a shovel and a broom). 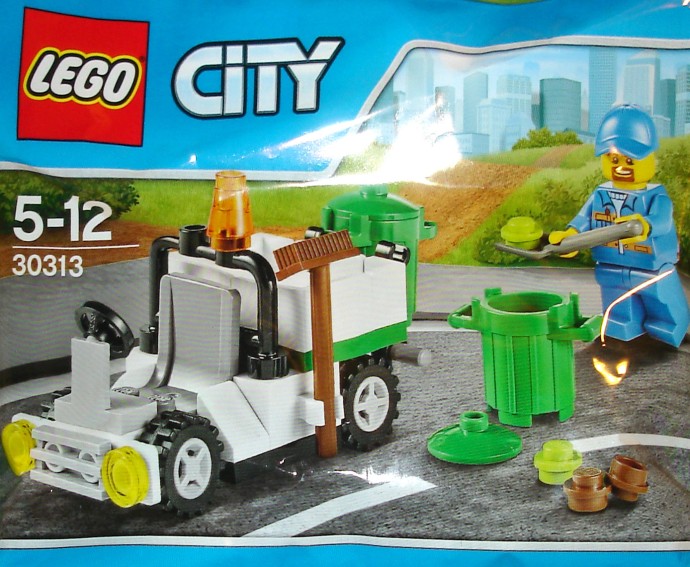 The car looks pretty interesting with the seat and the steering wheel place right on the front. Just behind the driving seat there is a small black bar with an orange light, and a white box to transport the garbage. The car as far as I can see brings also a small support, at the back for a garbage can. On both sides there a clip to store the shovel and the broom.

The mini-figure is just a regular city worker that wears a blue suite and a cap. Overall it’s absolutely a really nice city polybag, with a few interesting details, that I would certainly buy if I had the chance.