In the last lays, The Force Awakens sets have been surfing all around and among them, this new polybag. Usually there isn’t much to detail about these bags but in this specific case there aren’t unfortunately any kind additional details for now.

Rumors say that this small copy of the new 75101 TIE fighter won’t be the only, because in a short while it seems that are also planned another three models: A Troop Transport, Kylo Ren’s Command Shuttle and an X-Wing. 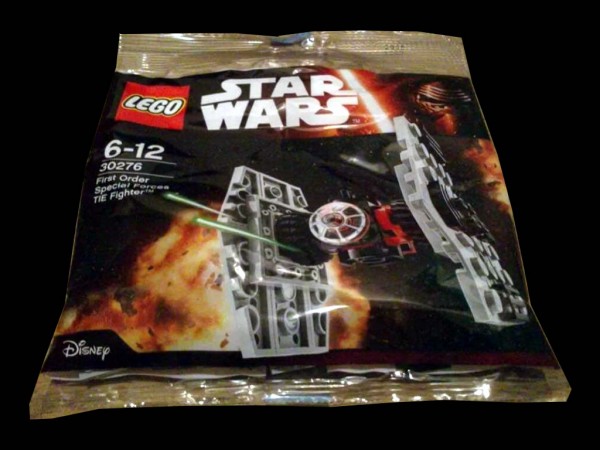 Probably, just like most of them, it will be a retailer exclusive with a price around five or six dollars which will soon be checked. Image seen on The Brickfan.