A couple of sites have recently presented what it seems to be a new TNMT polybag which for now is still unnamed. This little set has only thirty six pieces and comes with a nice mini-figure (appears to be Kraang), four micro scale turtles built each one with only three little pieces, a small bench and a nice walker drone.

Kraang is again pretty detailed with printings all over the body and the Walker Drone besides the detailed look has also a nice flick fire missile launcher with the goal of hitting the four little heroes that are in the top of the bench, which in terms of playability looks really nice. 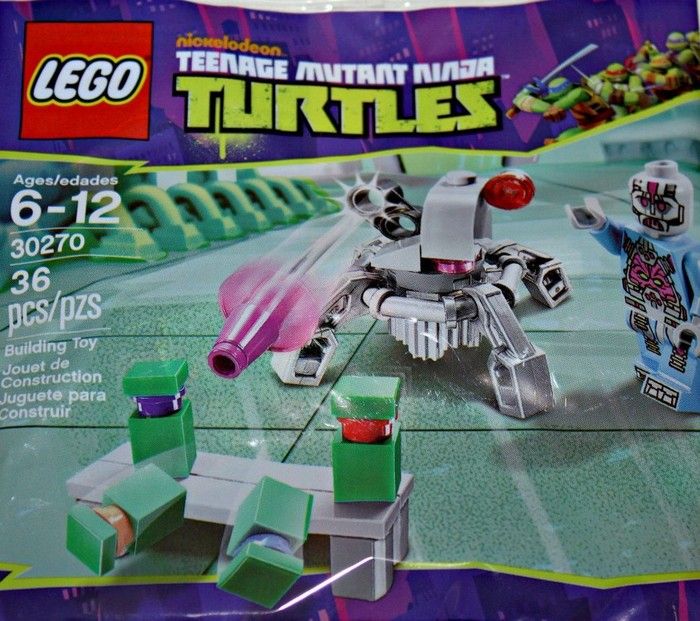 For now there isn’t yet any information about release date or even its retail price.