These two new Galax Squad Polybags are respectively called Mini Mech and Space Insectoid. In my opinion we can’t expect much of these twenty pieces sets, however I think that they’re always interesting for two reasons: they are a god complement for bigger sets and normally we can always get new mini-figures, sometimes exclusive, for an irrelevant price.

The little ‘Mini-Mech’ looks a small robot with four legs, commanded by a red pilot. This guy has on such a small space two elements: a seat and a handler. In both sides there seem to be a couple of weapons to fight the bugs. On the other hand the Space Insectoid has a green guy with a great laser and a small insectoid made with the same color pieces that the big ones.

Globally, for around five dollars, they’re two good  deals to add to theme. The instructions can be easily downloaded from here: 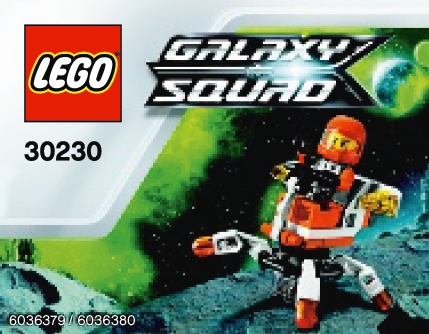 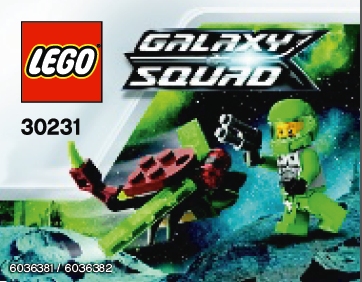