The new Lego Ideas set, Tron: Legacy was finally revealed by Lego. The new set has exactly two hundred and thirty pieces and features two light cycles – a sort of high speed bikes, a grid base to recreate some movie scenes and three mini-figures (Sam Flynn, Quorra and Rinzler) with the usual assorted accessories.

The Light cycles look absolutely futuristic and the only difference between them is the color. Both have extra large wheels and a nice and sturdy base, the piloting position is just perfect and at the back there’s a clip that holds a beautiful and unusual light, or according to Lego a power stream effect. 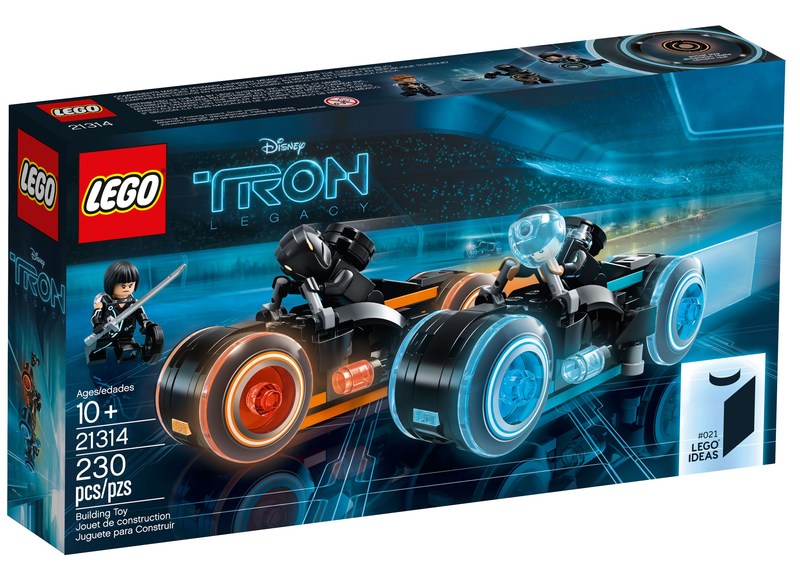 The Mini-figures look absolutely stunning and together can also recreate a movie scene , the disk battle. The set should be available on retail in a few weeks with a price around the thirty five dollars (a bit overpriced, isn’t it?). Have a look at the official press release and pictures!

Build, play and display with this futuristic LEGO® Ideas 21314 TRON: Legacy set from Disney, featuring 2 Light Cycles, each with minifigure seats and translucent-colored light-style elements, plus a divisible TRON grid with attachment points for the vehicles. Use the grid as a display base for the Light Cycles or split it in 2 to recreate the chase scene from Disney’s TRON: Legacy movie. Alternatively, stage an Identity Disc battle between the 3 included LEGO minifigures—Sam Flynn, Quorra and Rinzler—on the grid. This construction toy includes a booklet with information about its fan creator and LEGO designers, plus the lowdown on Disney’s TRON: Legacy movie and its main characters. 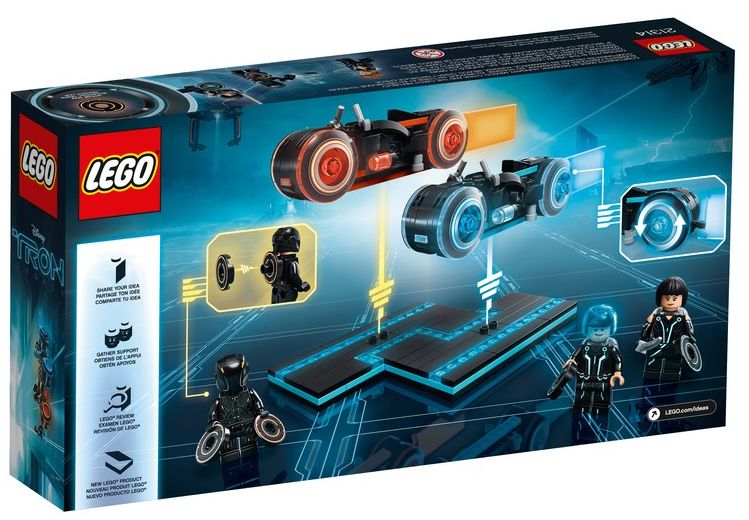 Accessory elements include Sam Flynn and Quorra’s blue Identity Discs, and Rinzler’s 2 orange Identity Discs. Attached to the back of each minifigure.
This construction toy includes a booklet with building instructions, information about the set’s fan creator and LEGO designers, and the lowdown on Disney’s TRON: Legacy movie and its main characters.
Each Light Cycle measures over 1? (5cm) high, 6” (17cm) long and 1” (4cm) wide. TRON grid/display base measures over 8” (22cm) wide and 3” (9cm) deep.