A new Architecture set, the Solomon R Guggenheim Museum has been unveiled in a Lego Catalog. As you probably now, this building is an art Museum in New York and according to the available pictures, I would say that is pretty close to the reality.

The exact piece count is not available yet but it definitely looks big, around seven or eight hundred pieces, which according to the theme puts it in a price range between the fifty and sixty dollars, which is absolutely a really interesting deal. 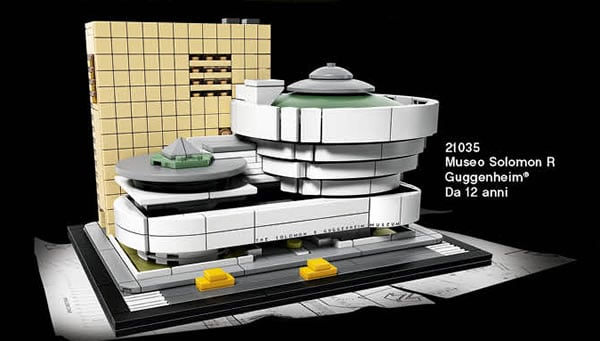 This beautiful masterpiece will hit markets in April, probably first in Lego stores and only after in general retail.