The world’s most expensive standalone Casino, Marina Bay Sands in Singapore has been unveiled. This huge resort also involves several other infrastructures such as a big hotel, a shopping mall, theaters and a few top chefs’ restaurants.

The set box suggests that this might be a limited edition so probably most of the markets won’t ever see it. The available details for know are almost none but as it concerns about the building itself, looking at the only available picture, the three blue towers have definitely an ungrateful mission if we compare it to the real project, despite some great details that can already be seen. 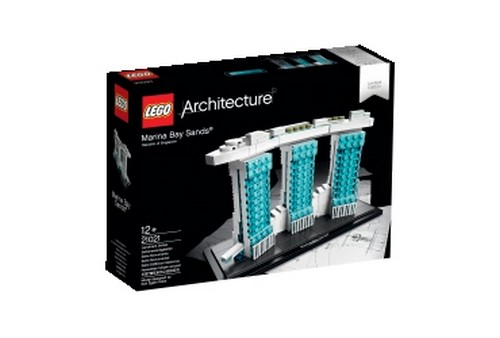 Built mostly with small pieces this set will probably have around a couple of hundreds of them and will be on stores only next year.