The Architecture fans will definitely have to prepare their wallets again. The United Nations Headquarters is a new 2013 summer set with exactly five hundred and ninety seven pieces that will be responsible for the build of this majestic Complex as well as its surrounding area.

And as we can see through the set box picture there are plenty of really nice details. At the first glance I must say that the entire blue glace surface, the flagpoles, the central square and all the adjacent buildings are really awesome. As you probably now, these headquarters are a complex built in New York City, between 1948 and 1952. 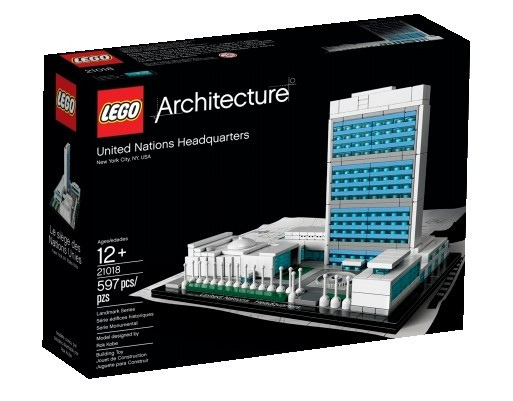 The retail price is still a mystery but if we think about the Imperial Hotel (21017) that has about double of bricks, I would say that it might be expected something around f the sixty or seventy dollars.