A couple of rumors regarding Super Heroes and Star Wars, particularly about the Rogue One sets,  have been circulating on Eurobricks mentioning some possible sets that will make part of the first 2017 wave of new releases.

In terms of the Rogue one sets, there will be at least three buildable figures: Shore Trooper (75523), Chirrut Imwe (75524)  and Baze Malbus (75525), and the new microfighters will include a U-Wing, a Krennic’s Shuttle and a TIE Striker. 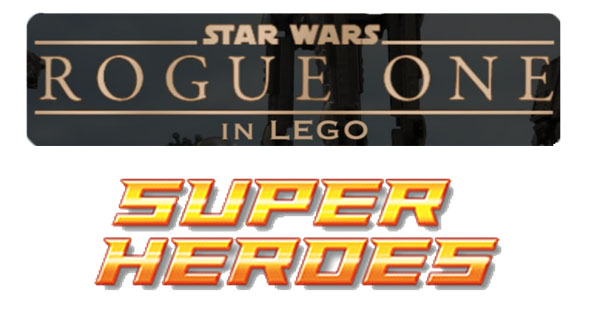 Looking at the Super Heroes, it seems that there will be a set called Captain America Jet Pursuit (76076) with three mini-figures and a bigger one called Detroit Steel Strikes (76076) with four guys. Please keep also in mind that besides being only rumors these might not be their final names.