Last weekend, a bunch of pictures of the next 2016 wave of sets have been surfing in the internet almost on every place. It’s always pleasant to see the news, even if it is a couple of days later. And it was with mixed feelings that I took a look at my favorite Lego Theme, City, particularly on its head line sets.

The first disappointment is that, with the exception of a small racing boat, for now there are only available images about Fire and city sets. The second one is that among these my sudden thought was “it’s more of the same”!

And in fact it surely looks like it! The Fire Headquarters brings a similar two floor building with a different disposition of the two garages, the prison built up on the island is in fact a different idea but collides with the fact of most part of the elements (especially the tower) are extremely similar to other previous models. 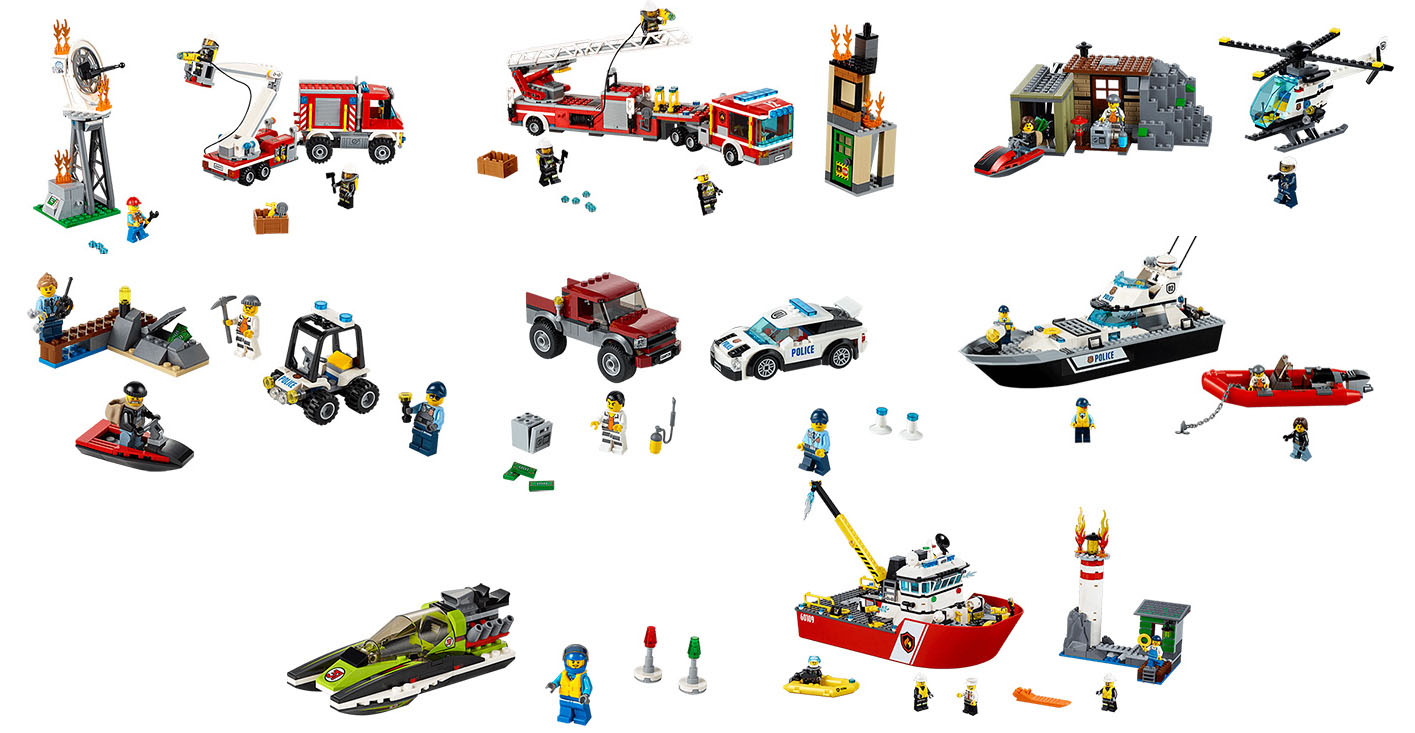 And if I had to choose a favorite item among all of them I would certainly choose the high speed police vehicle. Awesome, it was about time to create a new small police vehicle, completely different of the last and boring models. Now, I’m quite curious about the missing sets, that I think that it won’t take long to appear!