Super heroes and particularly Batman is running high again with this Arkham Asylum Breakout. This new set, recently revealed is big, very big. More than a thousand and six hundred pieces, eight mini-figures, a high security truck, a stately gate and lots of fun and diversion constitute the core of the set.

If there were any doubts of the set’s size, the number of mine-figures would certainly clear them. Eight(!!) in total, some of them are known guys others not really. Batman, the Joker, Robin, Poison, the Scarecrow, Dr. Harleen Quinzel, a police officer with a blue different uniform and the Penguin (uff…) constitute the set’s cast. 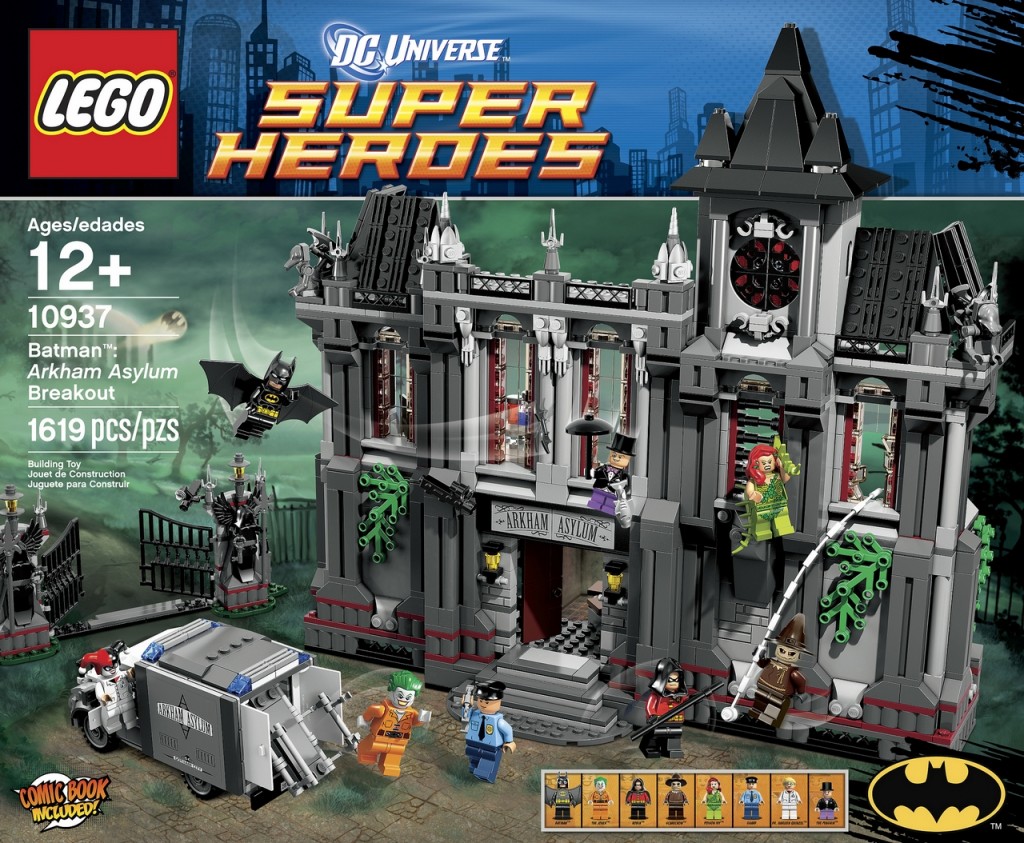 The security van is mostly white and light grey, which is not bad however the single and big side pieces at the back are ugly and too inadequate. Damn, I know that it is a security vehicle but this is not Playmobil. I just hate this Lego’s tendency of single pieces. There are other vans (including secure ones) that use several and smaller pieces. I simply don’t like these ones.

Besides this detail the van is clearly a mix of a police vehicle with for instance one of those winter seasonal trucks. It has some big wheels, nice side doors, a removable roof and at the back, a considerable compartment that has plenty of space for a stretcher with straps to arrest any villain, particularly the Joker. 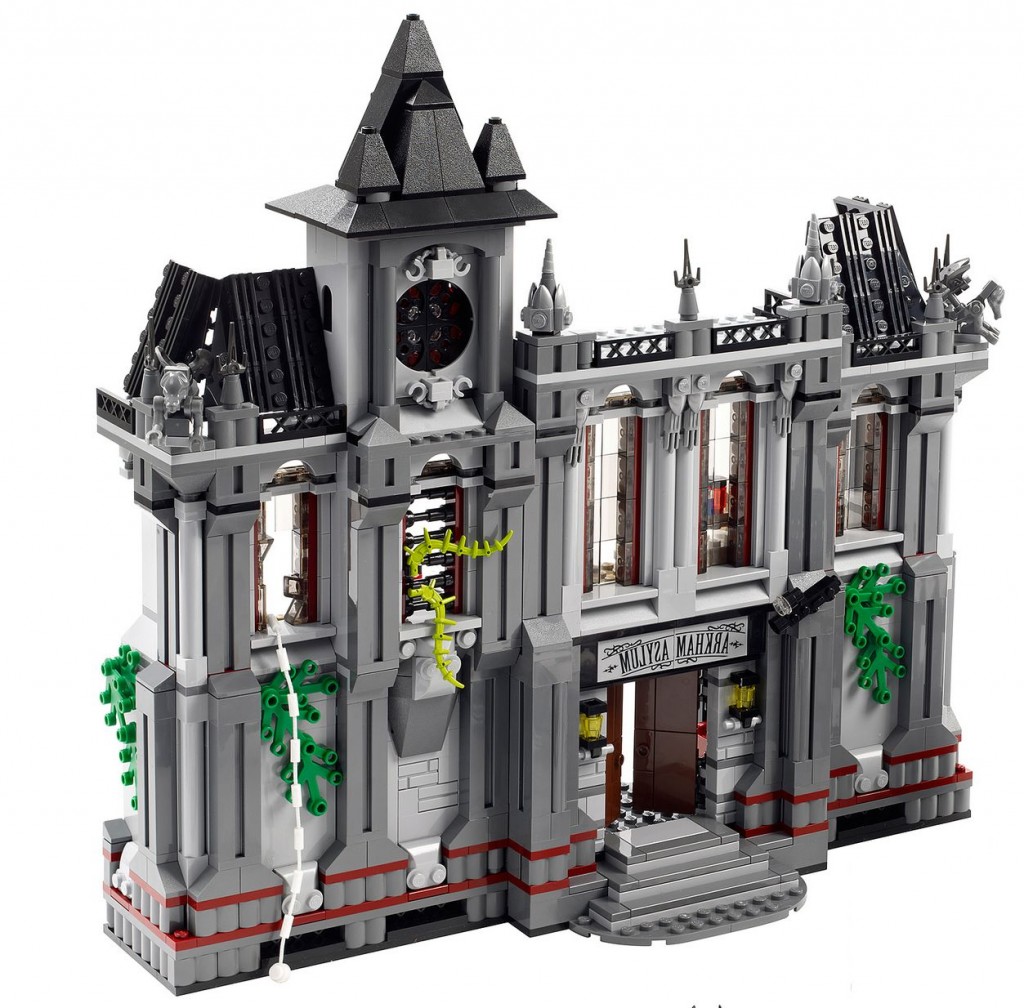 Talking about the sets’ attraction, the main building, I would say that it is simply amazing It has three floors, plenty of windows and columns and a impressive entrance at the ground floor. At the front, the details are huge:  among others, the house has security cameras, small bushes and even a couple of strange statues, on the top.

At the back or inside the house, if you prefer, there is room for three important scenarios. Doctor Harllen Quinzel will have her office, at the first floor with patient’s bed, some tools and a computer. Nearby it, Poison Ivi will surely try to escape from the transparent cell. In this first floor there is also a small room with a small desk and a nice seat. 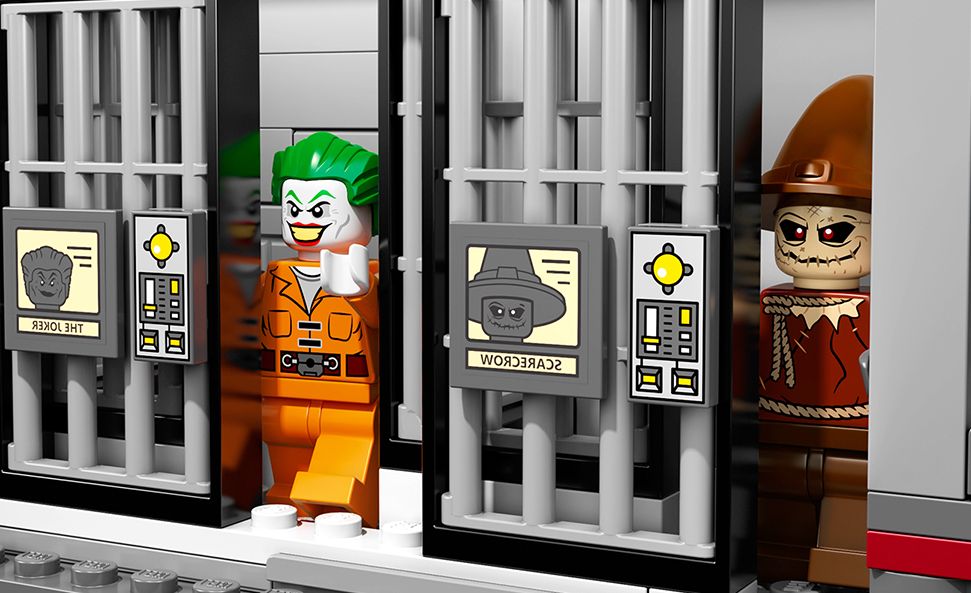 Inside, the ground floor is basically the two high security jails where mister Frreze will try to run away and I think it will despite all the efforts of the poor officer.  And I think it will because this set was planned thinking about not all its escape but also the Poison Ivi’s Escape. Not even the big black gates on the outside with more security cameras will avoid it.

Globally I must say that this set is a nice surprise, unfortunately it will be available only next year, perhaps in January. Be prepared for the price because hundred and sixty dollars is a considerable amount. Will it worth all that cash? I think it will because according to the first pictures it has really nice details, a bunch of nice mini-figures, an impressive building and surely almost a thousand and seven hundred pieces.

Please have a look at the extended gallery, below: