Here is a nice option for the kids to enter in the big world of Lego. The Lego 10655, Monster Trucks is a new basic set with exactly one hundred and ninety seven pieces that include three mini-figures (a police officer, a mechanic and a pilot) and a bunch of different building options, especially in terms of vehicles.

The standard option show us three nice monster trucks models: a green tow truck with a big air entrance at the front, a flat windshield and a nice winch at the back, capable of pulling all the other vehicles and a police truck with the typical blue shades and two black flags just behind the driver’s seat. 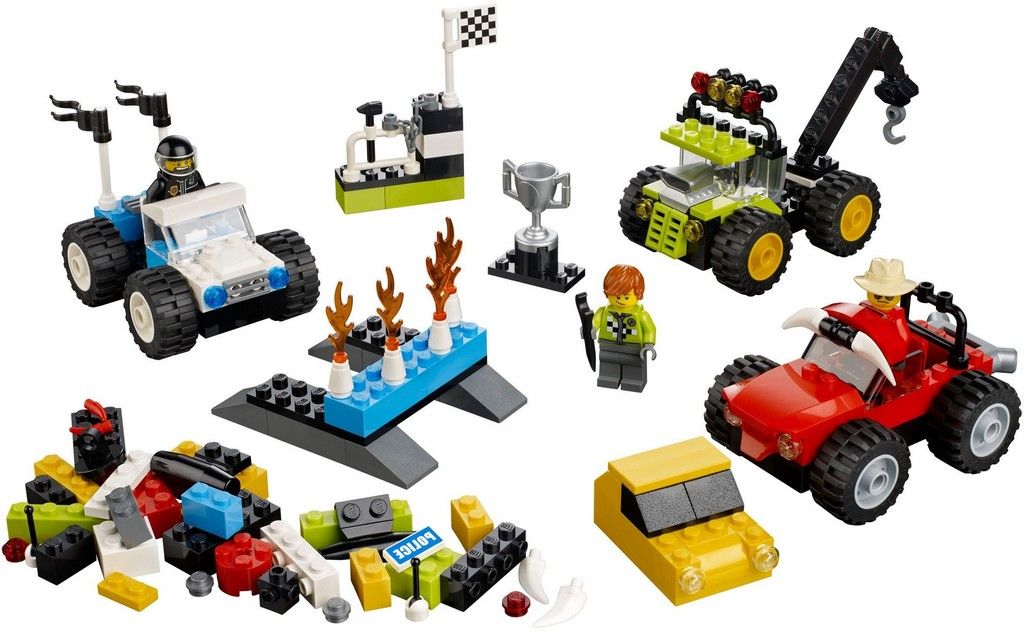 There is also a nice red racing truck with two white horns at the front and a nice windshield that surrounds all the driving position. Besides the three trucks there is also an old yellow car obstacle, a racing ramp with some nice orange flames, a big trophy for the winner and a small repairing rack. 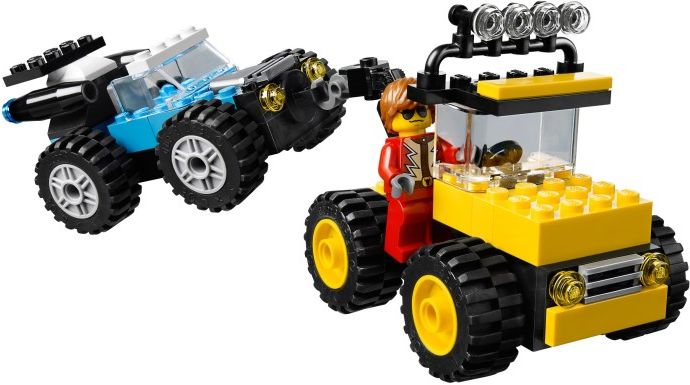 Through the pictures we can easily see a different yellow tow truck with straight lines (pretty ugly in my humble opinion), four spot lights just above the windshield and the winch (there is only one winch, so if you put it on this middle you’ll have to dismount the other) at the back, just behind the driver. But on the other hand the towed vehicles is really very nice, especially thanks to the big side exhausters, at the back. 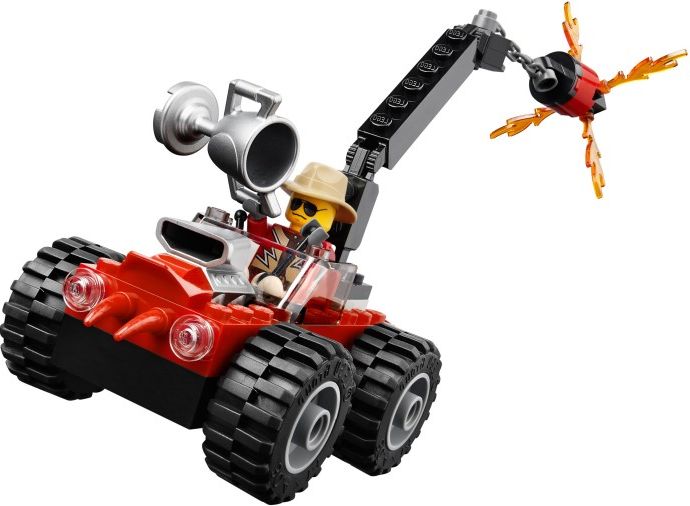 Globally, this is not only an entry set. This is also a good opportunity to add some nice different models to the city without having to spend much money. The twenty dollars that it will cost seem reasonable not only according to its pieces’ number but most of all because of its beauty and huge playability. Please have a look at some extra pictures: