The picture isn’t the best but it looks quite clear that it will be a shorter version of the Grand Carrousel (10196) and it will feature besides the carrousel, seven or eight mini-figures as well as a small stand. Can’t wait to see it with the power functions! 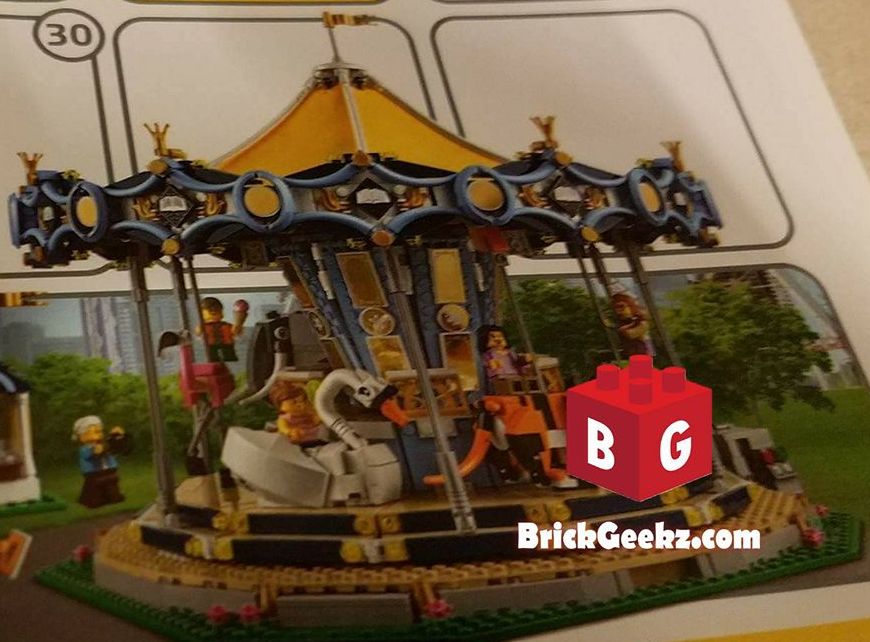 According that it’s already in a Lego calendar, I guess that it won’t take long until the official presentation!