The Year of The Snake is a new Creator set that pretends to celebrate 2013 as the Snake year in the Chinese Zodiac. It is planned to be a limited edition and rumors say that probably it will be sold only in China. It has around two hundred and seventy pieces and besides the long snake it will also bring a majestic gate.

The gate is indeed a round grey piece, all printed with awesome details, namely two red snakes and a couple of inscriptions, one of them in Chinese characters. The gate has two black columns aside and plenty of golden pieces that make an excellent color contrast with all the others. 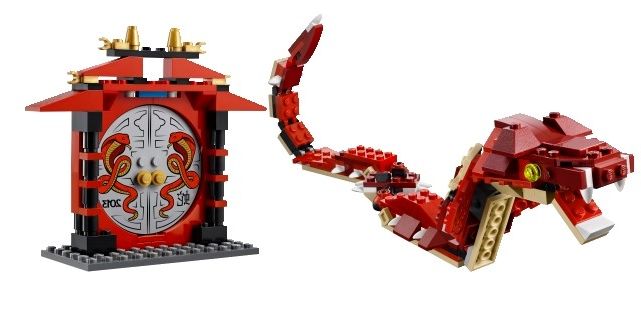 The big snake is all made with small pieces, which explains the huge quantity of bricks that this set has. 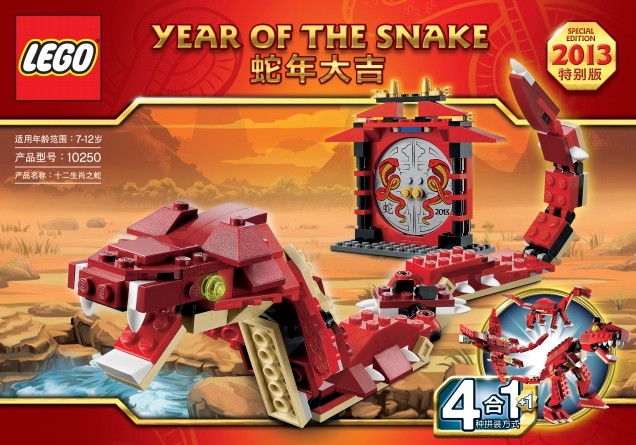 Its head is mainly made with dark red pieces, and it is possible to see that there is a little technic piece that allows the open and close movement of its mouth. 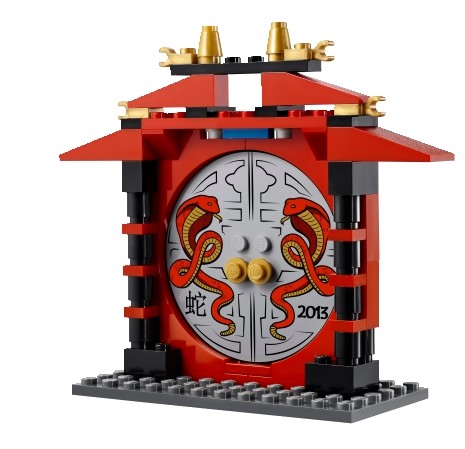 The body, as well as the entire model, uses the same color combination and has multiple technic pieces where all the other parts will attach. There are big white scales everywhere and at the back, its tale is rather flexible assuming almost all kinds of possible positions. 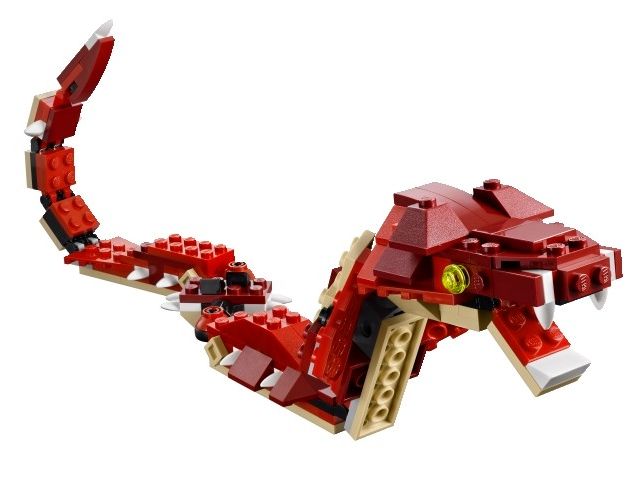 But the best part arrives now. This set is truly a 4×1, with four possible building options. If you take a close look to the pictures, you will see that will be possible to build, besides the main model, two different dinosaurs, one of them looks like a tyrannosaur and a sort of glider that looks like an enormous bird. 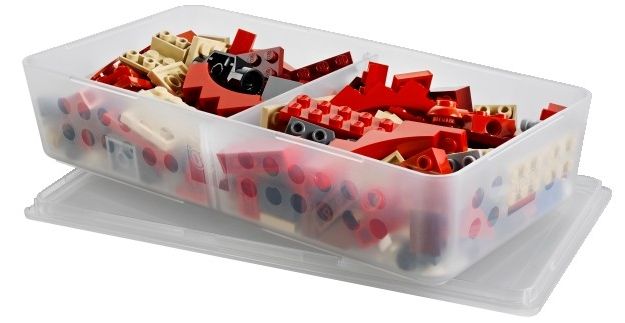 There is no estimated price for this model as well as a release date but I’m sure that there will be plenty of interested collectors in such an exclusive creator set. 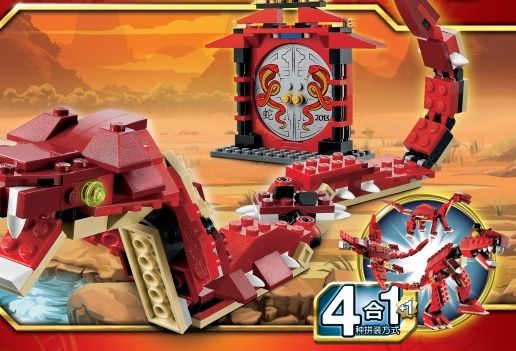